To the Men Wondering “What can I do?” #MeToo 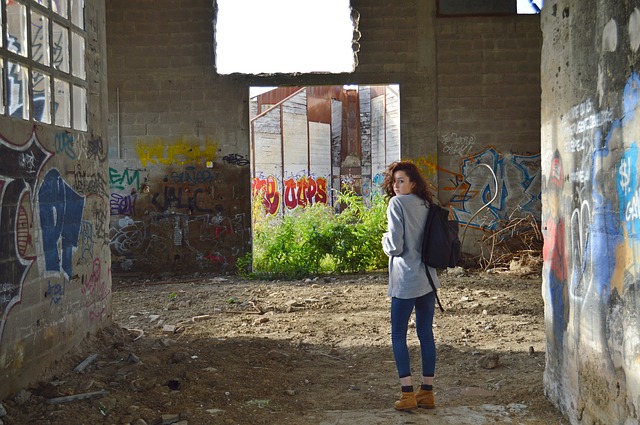 You’re walking home late at night. You notice the figure of a man walking behind you, at which point your breath catches and you clutch your house keys between your fingers, prepared to do whatever is necessary if it comes to that. Yet, he just keeps on walking past you, leaving you safe and alone.

Now, this man could be anybody. Maybe he was just walking home. Maybe he has a wife, a daughter, or an elderly parent who he’s caring for. He could be a student, an off-duty cop, or an activist who campaigns for the rights of the homeless.

So, if that’s the case, were you wrong to be afraid of him in this scenario? Were you judgmental? Should you have acted differently?

I’ve heard this question asked from time to time, particularly in discussions around street harassment and feminism. I mean, I didn’t give a gender to the “you” in the above scenario, but many women, in the wake of the recent “Me Too” campaign, have come forward, admitting that they don’t feel safe in the streets. Heck, that scenario has happened to me on multiple occasions—I’ve reacted similarly, partly thanks to hearing horror stories from other women, and partly because I have had men yell at me in the streets, harass me, and make unwelcome comments. The knowledge that it only takes one man to take it too far remains at the back of my mind every time I walk alone at night.

But in response to these women coming forward, I’ve noticed men asking, “Well, what are we supposed to do about it? Can’t you understand how bad it makes me feel, to see women afraid of me when I’m not going to hurt them?”

Every time I’ve heard these comments, the intention behind them seems to be less, “What can we do to make women feel safer in the streets?” and more, “Don’t you realize that not all men attack women? You shouldn’t be so afraid of us; we’re not all going to attack you.”

And, on the one hand, yes, not all men attack women in the streets. In fact, most of them don’t. No one is saying otherwise. There are men who are genuinely good men, who actually do wish that women could feel safe in their presence and on the streets.

But there are also men who do attack and harass women in the streets.

And I have my own empirical evidence—I have been cat-called, insulted, followed, and screamed at by multiple men, simply because I happened to be in public at the same time as they were.

But then, this poses another question:

Well, in my opinion, we have to think about what, exactly, is meant by “punish.” How are the innocent punished by women who fear being harassed? In the majority of cases, they are punished by women refusing to speak to them, look away, and react with fear.

And why do women react this way? Because, when you’re on the street and interacting with strangers, it’s difficult to tell for sure who is going to harass you and who isn’t. Maybe the man walking behind you is perfectly innocent. Maybe he isn’t. At the end of the day, you don’t want to take the risk, because if you do engage with him, then you run the risk of him thinking that you’re “inviting” his inappropriate behaviour, or fixating on you more than he might have otherwise.

And yes, it is a shame that women cannot be open and friendly with every single man on the street, but statistics and empirical evidence give a very convincing reason for why we shouldn’t. And men should not be angry at women for reacting this way; they should be angry at the society that forces them to react.

So let’s go back to the original question: “Well, what are we supposed to do about it?”

If we want women to feel safer in the streets, there are things that we can do, believe it or not.

We can not react with anger or offense when a woman does something to protect herself, even if she is doing it without immediate reason.

We can respect boundaries, not touch people who have not given us reason or invitation to touch them, and treat them like our equals.

And if we are already doing all of this, then we can keep an eye out for the people who aren’t.

When our friends decide to make loud and unwelcome comments about a woman’s body, we can tell them to stop. When we see a man groping a girl in the subway (and it’s clear she isn’t into it), we can ask her if she needs help. We can walk with women who look like they are being followed, and we can offer ourselves as company to make them feel just a little bit safer. The majority of the time, women who are feeling vulnerable and threatened will be grateful for your help. Even something as insignificant as watching out for a girl who is being yelled at, or walking up to her and striking up small talk can make a world of difference.

And in an ideal world, when women stop having reason to be afraid on the street, they will stop being afraid. So this is what we need to focus on.

Men do have the ability to make a difference in scenarios such as this, beyond just not contributing to them. Men need to become comfortable speaking up and calling other men out when they are being inappropriate.

Women are capable of doing this as well, and many women have been doing it, but part of the problem is that many of the perpetrators do not respect women. So when these women speak up, they get called “crazy” or “bitches” or “feminazis,” all in an attempt to sweep their complaints under the rug and make them look like they are at fault.

If men speak up about these issues, they have the ability to create real change.

So to the men who genuinely want to help the women in their lives, you can help us by educating yourself on our issues and speaking up. Listen to women when they talk about their experiences, and discuss the issue with the honest intent of understanding rather than wanting to challenge. Dialogue is incredibly important in this time, but in order to create this dialogue, we all need to be just as open to listening as we are to speaking.

Dear Men: if you answer Yes to any of these questions, you may be the reason someone else says, “Me, Too.”

Man Admits to Wrongdoing after #MeToo posts & gets Crucified—Read His Response.