4 Behavior Patterns that Keep us Stuck & How Yoga can help us Deal. 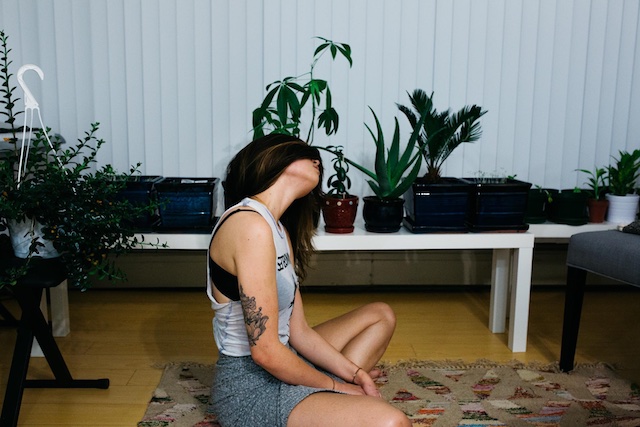 The body remembers everything.

While memories tend to fade from our brains over time, our bodies stoically hold on to the recollections of our life’s story. These memories appear in behavior patterns and physical sensations.

Often they appear as pain.

For about five years, I’ve been making inconsistent attempts to cultivate a yoga practice. Sometimes I attend a public class.

Getting to class on time while feeling calm isn’t easy for me. I wonder if I should shower before, so I waste time deciding. Parking is often a struggle, leaving me walking blocks to get to the studio. I walk in the door sweaty and disconnected and then rush to set up my mat as the usual “steadfast yogis” peacefully take their places.

These kinds of circumstances often leave my body open to the resurfacing of old memories, through patterns that don’t always serve me.

Sure, we all procrastinate to some extent. It’s only a problem when it becomes a habit.

If we are so regularly late that our friends include our tardiness in their plans, or if we consistently arrive at yoga class at the last second, it might be time to consider the reasons behind our procrastination.

Procrastination has consistently been a part of my life.

When I began to question why I recognized that it surfaced when I was feeling afraid. I worried about attending yoga class because I would have to practice in front of people. I felt exposed and vulnerable. My body manifested this as fear.

Ultimately, attending yoga class helps me. Once I get on the mat and into the flow, I feel better. I breathe into the pain. I am glad I made it.

Pattern Number 2: Pushing Beyond the Edge

I don’t practice yoga consistently, which means I’m not the strongest or most flexible student. Even knowing this, and despite the instructor’s warnings, I often push myself beyond my edge.

Dissociation is a common response to past trauma. Some people describe feeling like they are watching themselves from above or that they feel separate from their body.

Gravitating toward physical pain as a means to ground into the body is a coping mechanism. Feeling pain not only permits us to feel our bodies, but it also provides momentary relief from persistent hyper-vigilance and racing thoughts.

During class, the instructor’s gentle voice guides me through Warrior 1 and 2. My body warms and shakes under the resistance. Feelings come and go and I ignore them, leaning into the physical sensations. My mind is in constant battle with my body.

When we have experienced trauma, we can tend toward perfectionism.

Certainly, we all have an inner critic who tells us what to do, how to do it, and that we are never doing enough. But for those of us who have experienced trauma or struggle with other mental health conditions, the inner critic can easily take over. We compare ourselves to others and it seems impossible to live up to expectations.

A simple yoga class becomes a self-deprecating practice, leaving us feeling drained, anxious, and out of touch. Lying in happy baby with my feet extended awkwardly up and out, I know it’s time for me to wind down. My body has bent in various shapes and my muscles have stretched beyond my edge. Rationally I want to feel rejuvenated and proud to have moved my body beyond my office desk and chair.

The problem is that though I try to be content following a regular yoga practice, I almost always come away with the exact opposite feeling.

Instead of revived, I feel depleted.

Instead of stress relief, I feel anxiety.
Instead of peace, I feel overwhelming anger.

While this didn’t happen every time I took to the mat, it was happening often enough that I began to make an association between yoga and anger—a rare emotion for me.

After a while, I would warn my partner before I left for class so he could be prepared for my mood when I got home.

When we experience physical harm or emotional trauma, we react much like animals; our fight or flight response kicks in. We either escape the dangerous situation or we manage to combat it.

When we use fight or flight, our body is able to dispose of the energy, which erupts to keep us safe. Our psyche has an opportunity to process and use this aggression. However, trauma becomes more challenging when we are not able to disburse the energy.

Because our bodies don’t forget, that reaction remains. It stays on constant alert despite the absence of danger.

When this happens in everyday life, we perpetually anticipate crisis—which isn’t healthy.

So, how does this connect to our yoga practice?

Essentially, trauma is stored in implicit memory, meaning that we experience it through body sensations, body movements, flashbacks, images, smells, and tastes.

Traditional Western treatment methods, such as talk therapy, don’t always help with this kind of trauma, which isn’t held as a cohesive memory in the brain. Instead, it’s held as a response in our nervous system.

The good news is that yoga and other movement-based therapies can help to get trauma flowing through the body in order to banish those pent-up recollections it continues to cling to.

Work must be done to help the body know that the trauma is over. When we do yoga, we are doing part of that work.

Every person is different, and though there is much more work to do in addition to yoga, movement coupled with other forms of therapy can help coax histories of physical trauma from the body.

While it seems counterintuitive for yoga to make us angry, it’s good to consider it in the context of our life stories.

If trauma is a part of our story, we may need some assistance to clear it, as well as the emotions and behaviors that are standing in our way. 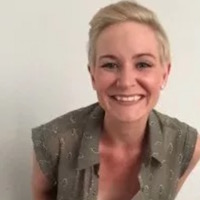