A Letter to Myself Before I Went Vegan. 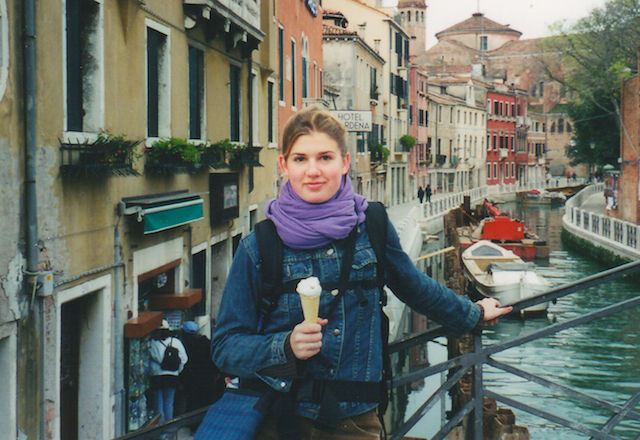 Preface: Before going vegan, I didn’t understand why the heck anyone would.

That’s because in the conversations I had with vegans, even though most were non-aggressive, the overwhelming takeaway was more a feeling of being judged than anything about their actual message.

Now, since going vegan five years ago, I find myself on the other side of that catch-22. As an experiment, rather than “preaching” to others, I decided to see what I would say to myself before I went vegan if I could.

In sharing the letter here, I hope to more empathetically connect with readers just as I would myself about a difficult topic, but one that I now feel is an urgent calling of our time.

Yes, you still get plenty of protein—except now you get all your fiber, too. Nope, it isn’t miserable or restrictive; it’s actually enjoyable and surprisingly versatile. Your acquired tastes and habits will change as you make other choices.

But okay, I’ll admit it’s not all roses and sunshine. While it only gets easier to practice veganism, what gets harder each day is understanding how most people can remain apathetic about animal exploitation.

What? Please don’t change the subject to feeling judged or claiming I think I’m better than you. I am you, lady! Let’s see, how can I explain this to you. (Um, I mean me.)

It’s more like watching a horror movie where the well-meaning protagonist is about to unwittingly do something that hurts herself and someone else. You want to yell at the screen, because you know she just doesn’t have the context she needs to do the right thing.

The truth is, you were never introduced to the simple idea that a belief in fairness and justice means being vegan—a basic application of the golden rule. Instead, along with almost everyone you know, you were socialized to consume and otherwise use certain species of animals despite not needing to. It always felt taboo to question that.

One day, you’ll accidentally buy a plant-based cookbook. The resulting meals are tasty and leave you feeling less sluggish. The author recommends completely ditching meat, dairy, and eggs—but of course, you’re not going to do something that extreme.

Yet you’ll slowly start peeling back layers of myths and misinformation that go far beyond diet. You’ll learn truths about things that were never openly discussed, and you’ll have uncomfortable conversations. Hard as it is, you’ll look at things you once looked away from.

And you will start connecting dots you never connected before. Once you push through the discomfort, this will become crystal clear:

Animal exploitation and slaughter are unnecessary for those who have autonomy and access to other choices—which you do—so your continued complicity is unjustifiable.

You won’t have to subscribe to any narrative or believe anything extreme; you’ll just begin rejecting the hierarchical mentality that says any individual, whether human or animal, is born “less than” and is therefore okay to subjugate for profit and pleasure.

It will be like a switch has finally flipped. Nothing about the animals will change; it will be you that has changed. Rather than anonymous commodities, you’ll realize they are each unique individuals with inherent moral worth.

What was that, pre-vegan Lorelei? No, you’re not on a desert island and you’re not a lion. Dang, you do still have a way to go.

You’ll learn that we don’t need to use animals to turn plants into delicious meaty and creamy or even eggy textures—because after all, animal products are just secondhand plants, digested and reduced by herbivores (a wasteful and polluting process, by the way)—and there are excellent vegan versions you can buy or make of almost anything. Yes—even ice cream!

At first, you’ll naively email your family and friends with articles in earnest and become embarrassed when you’re dismissed, teased, or called overzealous.

You’ll come to realize it’s not that the facts are unavailable—it’s that most willfully block them out. Our habits, tastes, and traditions, however violent and unnecessary, are deeply entrenched since childhood, so most people are pretty unreceptive and maybe even a bit hostile at first. (Ahem, guilty as charged!)

But if people have been doing something that goes against their own values, is actually much worse than they’ve been led to believe, and is also totally unnecessary—well, what would that say about us?

And what would it say about you if you didn’t change just because it was more socially comfortable not to?

You’ll learn veganism isn’t just a diet or lifestyle, but a clear ethical stance against animal exploitation and an exploding movement being embraced by all walks of life.

Despite your knee-jerk defensiveness, it’s not personal, it’s systemic. I’m not saying you’re a bad person, not at all. I’m saying you’re a wonderful person born into a belief system that perpetuates something harmful and unnecessary, and I know that’s not who you are.

Yeah, I know, you’re not there yet. Not even close. And I’m going to pretend you didn’t just say that thing about plants having feelings too. (Did I mention, that five times more plant crops go to farmed animals than to people?)

Because it’s clear that one conversation with me right now isn’t going to be the thing that magically deprograms you from a lifetime of exposure to, and constant cultural reinforcement of, the countless rationales for needless animal use. Privilege, as they say, resists examination.

But once you get there, the only thing you’ll regret about going vegan is that it took you so long.

Yeah, I know, you think you could never give up cheese—and technically you won’t have to! You’ll actually lose your taste for dairy as you discover delicious dairy-free cheese and you’ll even own a nut milk bag.

That’s fine, laugh it up. I can’t say “nut milk bag” with a straight face either.

And no, silly, you’re not going to die alone because you went vegan. You married a cute lanky scientist who went vegan too, and he makes delicious food everyone drools over. You actually met on Tinder!

That’s probably another letter for another time.

Dear Vegan, there’s Something I have to Say. 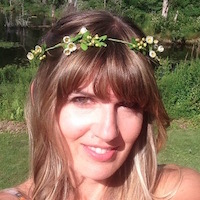