Beware of the Cult of Inner-Guidance. 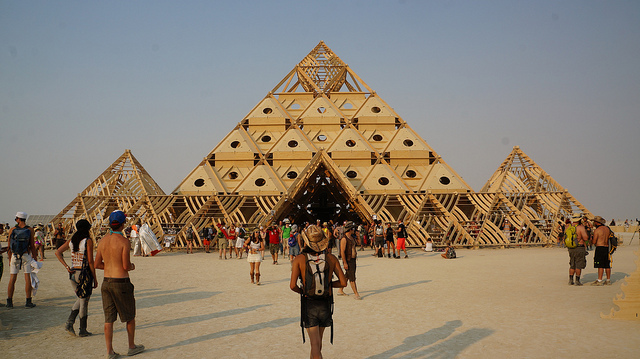 Reading the recent exposés of Bentinho Massaro and Sogyal Rinpoche—respectively, a newcomer and a veteran teacher in the realm of so-called “non-dual” spirituality—I’m amazed at the never-ending vulnerability of sincere seekers to the lure of authority.

Of course, the idea that someone must have all the answers to the questions of life—and an infallible strategy to achieve lasting peace and happiness—did not crop up just recently. It’s been the fundamental lure of religion since time immemorial.

But where the traditional appeal of religious “duality” involves delayed gratification—confess your sins, serve God, and above all behave in the here-and-now, and you’ll be admitted to a gold-plated heaven or eternally blissful paradise after you die—non-duality is trending these days because it suggests that “serenity now” is accessible to one and all.

And the best part is that you don’t have to confess or behave! You just have to recognize your immanence in the absolute (and vice versa).

But if you have trouble accessing or holding onto the realization of all-surpassing oneness, there’s always a hot new guru (or an older, somewhat thread-worn one) available to help you along. You just have to give the enlightened non-dual master your belief system, your unquestioning loyalty, some or all of your money, maybe your body, and definitely your sense of personal responsibility. For some—especially those who have been broken down by lives that haven’t worked previously—it can seem like a fair trade.

Still, a relatively small number of people sign up to be cultists in the usual sense—unless you’re counting all the huge mainstream cults of conventional religion (but let’s not go there right now).

Far more common in the non-dual neighborhood is what might be called the “cult of inner guidance.” This anarchic cult is characterized by a fervent, individual attachment to the “God within,” a Higher Power, the Holy Spirit, Jesus Christ, Mother Mary or Mary Magdalene, the Akashic Records, or any mix-and-match of these and many other internal voices.

Just like any externalized guru in a body, these spirits or divine resources are taken to be wellsprings of infallible wisdom.

Most people don’t learn to access any kind of inner guidance until they’ve “hit bottom” with the typical egocentric motives of selfishness, ambition, greed, lust, and so on. After embarking on the path of ego-surrender, one can indeed become open to powerful intuitions and ineffable inspirations that are truly wondrous and healing. Since my own spiritual awakening decades ago, I’ve experienced many such inexplicable gifts of guidance.

But I’ve also fielded intuitions that didn’t pan out, felt inspirations that led nowhere, and received seemingly brilliant insights that eventually proved to be embarrassingly dumb.

When we believe that we’re divinely inspired, however, it’s very difficult to let go of that sense of internal infallibility. If something goes wrong, it’s almost impossible to admit “maybe that wasn’t the Holy Spirit, but just my own BS” or, “maybe I read the records wrong.” Instead, we’ll tend to think “I guess God has a greater lesson for me” or, “the whole truth hasn’t unfolded yet.”

This internal rationalizing is very much like the mental gyrations of the naïve cultist who, having been abused by an errant guru, buys the manipulative excuse that it’s good for her—and that she’d recognize the goodness if only she were as enlightened as the master. In the non-dual neighborhood, what’s always right behind such rationalizations is the idea that “it’s all an illusion anyway”—or more sheepishly, “It’s all good.”

As a publisher and literary agent in the field of spiritual writing, I’ve had the privilege of working with some considerable talents wedded to fragile yet ingeniously self-deluding egos. I have seen gifted writers fall prey to internal and highly irrational guidance that led them to sabotage their own work, treat friends and professional peers with disdain, and believe that any kind of behavior is justified by sourcing it to their “true spirit.”

Once that internal allegiance is sworn, there’s no diverting them from their course, no matter how impractical or nonsensical it may be.

I have an accomplished novelist friend who has struggled with bipolar episodes most of his life. He admits that when he’s in a manic phase, he’s usually certain that God is leading him forward at every step and he can “do no wrong.” I asked him how he wakes up to such delusory states and he laughed, “Sometimes, not until two cops have each of my arms and they’re leading me away…”

While it’s true that spiritual awakening and discipline can drive the ego from the center stage of consciousness—at least for short periods of time—it’s also true that the ego doesn’t like waiting in the wings to regain supremacy over our self-awareness. While it’s offstage (like while we’re blissed out at a non-duality meditation retreat) it’s likely to be playing around with costumes that can enable it to re-enter the play of consciousness in a new, more convincing guise.

“So he’s breathed out my fearful ranting and self-serving delusions, eh? What if I try on this God Hat, and slip back onstage during an in-breath?”

Delusions of infallible inner guidance are not limited to writers or artists, of course, and can have tragic consequences that far outstrip career reversals or damaged relationships. There are people who believe that God is telling them to shoot up school rooms, or hate gays, or behead infidels. Even when such delusions have religious or political reinforcement, they all stem from the same fundamental error of mistaking our worst cognitive errors for the thoughts of God.

A sure sign that someone is in the grip of inner-guidance delusion is a refusal to listen to the input of friends or peers, answering any challenge with the defense, “Well, I just know that I’m right.”

The decision or behavior that follows such a protestation is probably not going to be “all good.”

That said, it’s better to have some kind of discipline that helps us access higher, better guidance than to have none. Our minds are typically swirling maelstroms of mixed motives, shifting perceptions, and fleeting preoccupations. The more we can raise the quality level of our soup of consciousness with a few genuine inspirations, the better.

What’s often missing in the quest for inner guidance is the skill of follow-up—that is, the patient and honest questioning of our intuitions and inspirations against rationality, common sense, the input of friends and peers, and the experience of others with longer spiritual track records than our own.

Sometimes such a follow-up will slow, tamper down, or even extinguish an initial inspiration that seemed at first to deserve unquestioning obedience. Or, our guidance may survive every test we can put it through. If so, its outcome will likely be beneficial, perhaps profoundly so.

But if we feel disappointed because follow-up causes our exciting inner guidance to be deflated, redirected, or cut short, then we can be pretty sure that it was all our idea, not God’s, in the first place.

And that’s okay, because God is not really worried about whether we’re hearing Her right, or at all.

For God, it really is all good.