The Danger of Belonging to a Tribe. 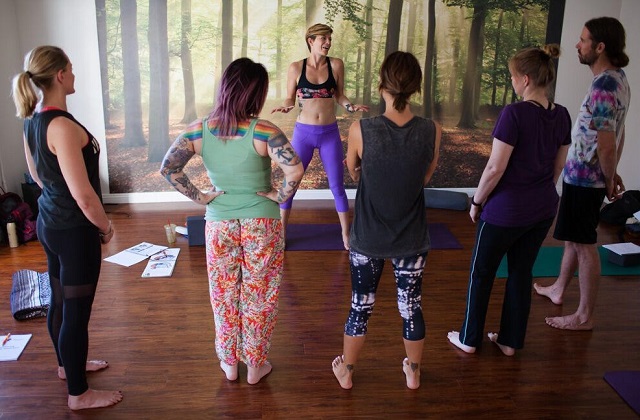 In October 2017, the Boy Scouts of America announced a landmark decision to allow girls into the organization for the first time in 100 years.

A year earlier, Harvard University announced its decision to limit participants in single-gender clubs from taking on leadership roles in the student body. Simultaneously, marginalized groups across the country have asked for safe spaces to congregate without members of the opposite sex or different race. Decolonizing Yoga featured this piece in 2015: “When People of Color Say They Want Their Own Yoga, White People Should Listen.”

All of this made me wonder what the right answer is. Is there power in grouping? Or, is it dangerous?

The power is obvious: in specialized groups, participants who are historically and socially marginalized have a safe place to share openly, honestly, and without fear. If the oppressors are present, the oppressed will feel too threatened to be vulnerable.

Voices of power have long held the podium, and many feel the only way to give others a fair shake is to limit the voice of the majority. This October, I wrote about the problem of labeling the #MeToo movement as a woman’s issue. I immediately received backlash from readers insisting that men don’t need a chance to speak. One responded:

“Men have been given credit for eons. How about we allow Women a chance for JUSTICE just once in a patriarch?”

I get it. I grew up awkward and extremely insecure. In attempts to fit in, I would throw my personal values and, at times, safety out the window. I bowed to the louder majority voices, particularly the male voices, and let them dictate my behavior. The safest spaces I knew were my female-only sports teams. On the field, with my tribe, I could be my unencumbered self.

Today, I am part of another tribe. As a yoga teacher, my tribe—or #tribe as so many like to say these days—is full of loving, privileged, primarily white women who drink the kale-lemonade. Instead of soccer jerseys, we wear mala beads. Instead of shin guard tans, we sport Sanskrit tattoos. We call breakfast “brekkie,” in our own version of on-the-field slang. Within this group, we are safe and we are powerful.

And there is a lot of danger in that.

See, I don’t drink kale-lemonade. I don’t wear mala beads. I still may get that Sanskrit tattoo, but I will never use the word brekkie. I write articles criticizing well-meaning social movements, I debate the merits of kale juice, I call out the lack of science supporting Mercury Retrograde, and I refuse to use the word “manifest.” And when I do these things, I’m called “un-yogic.” I’m told I don’t truly belong to the tribe.

At the end of the day, the tribe is meant to protect us from conflict. And in order to do that, we all have to agree.

Me? I’m ripe with disagreement. Ask my parents, my grandparents, my husband, every coach who’s ever tried to help me, and every teacher who’s ever taught me.

When we surround ourselves with like-minded people who share our experiences and our demographics, we increase our ability to feel safe at the cost of our ability to learn. I already know what it is like to be a white woman from a small town in the Midwest. I know what it is like to be preyed on sexually, to be disrespected professionally, and to be silenced socially.

I can share my experience with others who also know it, and I will feel bolstered and understood.

And nothing will change. And no one will learn.

The danger in grouping and the #tribe mentality is compounded by the newsfeed phenomenon. We can ensure the information coming our way is tailored to our taste. Social media is a primary news source for 67 percent of Americans. It’s easy, it’s free, and, most importantly for many of us, it’s safe. By selectively liking and following our tribes, we are never threatened, questioned, or challenged by the news.

I recently sat in a car with two, thirtysomething women. One, living in San Francisco, told the other, living in Fayetteville, Arkansas, “I could never live in Arkansas. Everyone there voted for Trump.” My friend from Arkansas said, “That’s exactly why people like us need to live there.”

If we want change, we have to reach outside our tribe. We have to be open to dialogue with those whose experiences, demographics, opinions, and beliefs are quite different from our own. It’s uncomfortable, messy, and we may be called things far worse than “un-yogic.”

We read Elephant Journal, and because of that, we have a tribe. Our tribe is attempting to be of benefit through mindful living. What’s the best way to do that? Reach out to those who aren’t currently engaged in mindful living. Instead of surrounding ourselves with like-minded people who uplift us, we need to befriend a sprinkling of disagreeable people who don’t want to hear our opinions. Find a way to get them to listen.

As my favorite professor once told me, the point of any argument is to move someone to consider your viewpoint—don’t worry about actually changing anyone’s mind.

On the other hand, do worry about changing your own mind. If you haven’t changed your mind on a social, political, cultural, or moral issue for a few years, you should be worried. New information is constantly coming our way if we remain open to it. The sign of truly healthy engagement with that information is a mind that is open to change.

And please, challenge me to change my mind. I’ll hate it. I will fight you at first, but I may just learn and grow in the end. 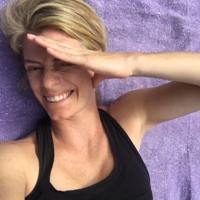