The Timely Legacy of Dolores O’Riordan. 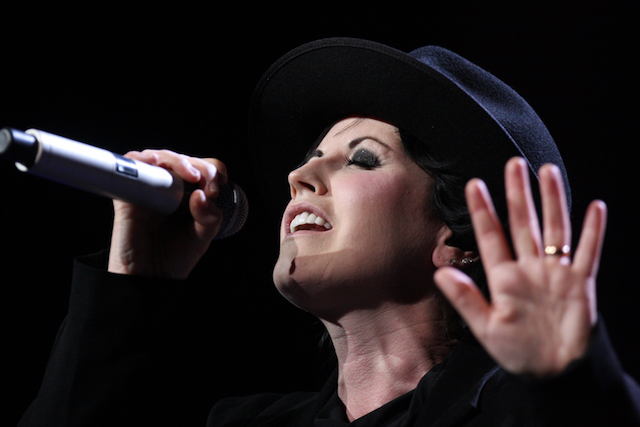 The public recently learned that the cause of death of Dolores O’Riordan, vocalist of ’90s alt-rock darlings The Cranberries, will not be released until April.

Fans remain crushed by the news of her passing, and we can’t help but speculate as to the reason she died.

While I’ve followed the story this week and subsequently listened to Dolores’ recordings and watched a couple old music videos, I was reminded that The Cranberries were indeed the first band I really connected with as a teenager. And that she still means a great deal to me.

If you were an 8th grade girl in the mid-’90s, covered in flannel and eyeliner with way too many feelings (like me), there is a good chance that listening to The Cranberries’ “No Need to Argue” this week will leave you in tears. I know this, because after grabbing my yoga gear this last Wednesday morning and kissing my husband goodbye for the day, I cued up Spotify in my car and went there.

When I was 14, Dolores, although nine years my senior, was my power animal. She was angry and impassioned—upset about the condition of the world and bad breakups—at the same time that I angstily navigated junior high melodrama.

Her unmistakable voice, emotionally raw and uncontainable (made famous by “Zombie”), was also lilting and girlish in songs about family, romance, and even poetry (for example, “Yeat’s Grave,” which remains my favorite track on the Argue album). The Cranberries’ music was deeply appealing to an adolescent who always felt different from most of her classmates, although many of us experience this during our formative years.

The nostalgia factor here is high and partially responsible for my near-breakdown during “Ode to My Family” on my morning commute. But as I revisited this album, what hit me on a level that is very “here and now” is that we don’t often hear this sort of honesty and fierceness from women in popular music these days.

Dolores’ art and activism were grounded in her own experiences. In 2013, she openly shared that she had been a victim of sexual abuse and detailed the emotional and mental repercussions. Throughout her career, her views on war, abortion, and religion were heard in her music and made clear during interviews.

For Dolores, it wasn’t about being glamorous and fierce. She was troubled and imperfect—and, at times, volatile. What was striking about her confessional brand of rock is that she’s there, bruises and all.

While this might be dismissed as alt-rock angst or a precursor to girl power, I believe Dolores’ artistry is all too relevant to the spirit of these times. While we would rather not be dealing with the turmoil we perceive in our world today, current social and political issues give us, as women, the opportunity to be authentically fierce. And as we ban together for the #MeToo movement or to oppose this insane presidency, it is just as vital that we maintain our authenticity.

We can take a cue from Dolores, and when we talk about a social problem or argue for a cause, we can bring our own experience to the conversation. It is fine if our arguments are informed by the opinions of authority figures we respect, but we must also make clear why we each care so much. We must not be afraid to tell our own stories.

We should maintain this sort of fierceness and commitment to our principles in our personal life, speaking our truth. We must vocalize what is important to us and be direct when we are made uncomfortable or abhor someone else’s actions. When we are under fire, we can say, “I don’t identify with that” and whole-heartedly mean it.

In her final years, Dolores was perhaps most honest about her physical and emotional challenges, publicly acknowledging her struggle with depression and alcohol abuse. Her death feels so premature, but as a result of the tragedy, we are reminded of her forthrightness.

There’s the young girl in me that sang along to “Dreams” as my dad drove me to school, and I thank Dolores for these kinds of memories. But, as I think of her now, I see that she was an uncompromising figure, tackling difficult subject matter without affectation or self-consciousness.

As artists, let’s create in the same manner—and as activists, let’s fight together, as we keep in mind and put in plain view why we are personally compelled to participate. Let’s tell our story.

Thank you for your example, dear Dolores.

8 Songs in Celebration of Dolores O’Riordan. 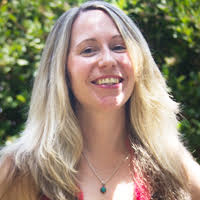