After all it took to Get Here, Alive, on this Earth—Know This. 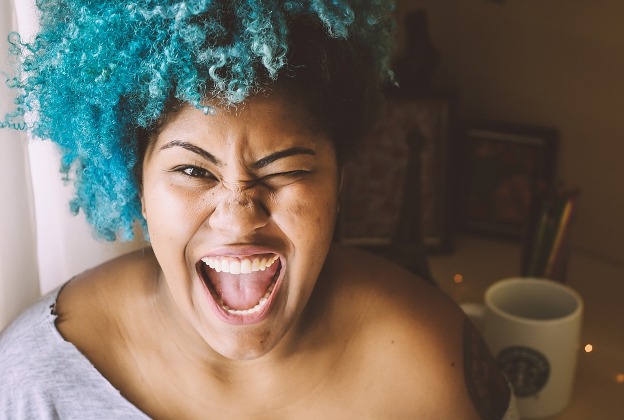 It usually starts with something horrible.

You could come across some particularly appalling story on the news, which wouldn’t be difficult. People are behaving really badly lately. They’re endorsing hate groups and trashing the planet and refusing to bake gay wedding cakes. They’re cussing each other out on Twitter. They’re parking in handicapped spots when they’re not even handicapped. Who does that?

Or maybe you’ve noticed the insane amount of natural disasters happening lately. They’re only everywhere. There’s earthquakes and hurricanes and floods and I don’t know which one is worse. Or maybe your city, like mine was, is on fire.

Or you could be sitting there one day, not doing much, just watching old repeats of “Seinfeld” or whatever, and one of those completely depressing commercials will come on about animals who need forever homes, or all the lonely people with Alzheimer’s, or that reality show starting in five minutes where rich people act like total assholes to each other, and you’ll wonder: What the hell is going on in the world?

No one’s getting along. Everyone seems to be oozing varying degrees of pure dread and strained optimism. And who can blame us? These aren’t exactly the most peaceful of times. The other day, I saw a video of two monks in an actual fist fight right in the middle of the street.

But take a moment and think about your life. Think about what it means to be on Earth, right here, right now. This isn’t some hell hole we’re desperately trying to crawl our way out of. No matter what’s going on or how sh*tty things may seem, think about how awesome it is just to be here.

There’s music. You get to know who Elvis and Prince and David Bowie were, and you can listen to them any time you want. That alone makes it awesome.

You know about Ewoks and Slurpees and Chia Pets. You may or may not know about creature cups, and if not, you should definitely Google it. You won’t be sorry.

You can find whatever you’re looking for on the internet. And whoever. All you have to do is type in the name of a long-lost love and bam! There they are, their life splattered all over Facebook, oblivious to the fact that you have clicked around long enough to know—even though it’s been more than a decade since you’ve last seen them—that last Sunday evening they enjoyed a lovely soft shell crab dinner in Malibu with their spouse, and how they totally hated the last “Game of Thrones” finale. (By the way, I guarantee they’ve looked you up too. This is exactly why photo filters exist.)

Anyway…Hungry? You can Uber food to yourself. Or just go out. There’s probably a restaurant or two near you that offers anything you might want. If you’re lucky, they’ll wrap up what you don’t eat to go in a tin foil shape made to resemble a swan in flight.

You can read any book you want on almost anything. And books as we know them haven’t even existed for that long. They used to have to write them out by hand—which would take, like, a year—before they invented the printing press. Now you have ebooks. And Kindle. And yeah, I’d much rather hold a book in my hand than read it online, but whatever. It’s better than a clay tablet.

Other things, however, are timeless. When was the last time you watched “I Love Lucy?” Do it. Right after you read this. Watch the one where Lucy tells Ricky she’s pregnant. (You’re already smiling.)

If you enjoy being amused, think of Halloween, where you can dress up like a mummy or a witch or whatever animal you want. Or go to Disneyland, where full-grown adults dress up like animals every day. Then there’s the Museum of Ice Cream, where you can eat cherry-flavored cotton candy covered in edible glitter and frolic in a sprinkle pit.

There’s also an eclipse every once in a while, when we all stand there with our silly glasses and our sense of awe and wonder together what they must have thought was happening 50,000 years ago before science came along and explained it. Which makes it no less phenomenal.

And speaking of the moon, we put someone on it. We also figured out how to split atoms, transplant hearts, create fake snow, measure the speed of light, make lickable wallpaper, communicate with dolphins, and cure a whole bunch of awful diseases. So at least you probably won’t die of polio.

You did miss some things, like the Jurassic age when dinosaurs roamed the earth. It’s just as well. You could have gotten chomped to death by a Gigantosaurus.

But you can marvel at giant pyramids that still exist in Egypt even though nobody knows exactly how the hell they got built in the first place. There’s a lake in Siberia that turns bright turquoise when it freezes and glaciers in Greenland taller than the Empire State Building. You can romp through lavender fields in France, take a gondola ride through the Venice Canals or go running with the bulls in Spain. Every spring, they have a “penis festival” in Japan. And if you had nothing else going on and maybe an extra $100,000 sitting around, you could theoretically experience all this in the next year.

It’s 2018. Time to live it up, awesome woman/man/gender-fluid individual. Go for what you want. You can be a female in politics or a dude in a dress. This is your life, and there’s no reason to hesitate. Not after all it took for you to get here.

First, your parents had to meet. And with seven billion people on Earth, the math is already pretty much against you. Then they had to—well, you know. Have the sex. And for you to be conceived, the exact right egg out of your mother’s 100,000 eggs had to meet up with the exact right sperm from your father’s four trillion sperm he’ll produce during prime child-bearing years. The odds of this happening are one in 400 quadrillion. And because the same exact scenario had to happen for your parents to be born, and their parents, and the parents of their parents, and on and on until basically the beginning of humans, the ultimate probability of you getting to be you and only you in this very second is one in 102,685,000. (To be clear, that is a 10 with over two and a half million zeros after it.)

Yet, you are here.

Think about all that. And how you almost missed it all.