This Speech on Race is Chillingly Relevant almost 50 years Later. 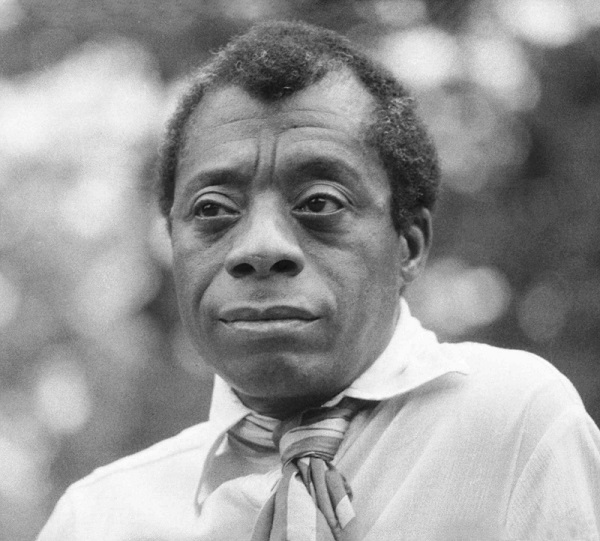 James Baldwin, the renowned African-American writer and social critic, made one of his most memorable speeches in London in 1969.

The speech was about America’s “racial problem,” and Baldwin eloquently detailed the underlying systems of oppression to which blacks were, and still are in many ways, subjugated. His words are as chilling as they are captivating, as he examines the very nature of Western civilization itself and its relationship to the mistreatment of the American Negro:

“You are formed by what you see and the choices you have to make as you discover what it means to be black in New York. I know how, as you grow older, you watch in the richest city in the world, in the richest freest nation in the world, the corpses of your brothers and your sisters pile up around you! What one realizes is that when you try to stand up and look the world in the face like you had a right to be here, you have attacked the entire power structure of the western world.”

With that in mind, I have been asking myself lately, What is race, really? What does it mean to be a member of a certain race?

I believe that the feelings surrounding race are something we can all relate to on some level—no matter who we are or where we come from. Having lived with a severe chronic illness for the past few years, I know what it is like to be judged for something that I have no control over.

We have all felt alienated and wrongly condemned at some point in our lives, so everyone can empathize with this issue regardless of which end of the political spectrum we might reside.

Now, I used to believe race was about the color of one’s skin, or the country where someone is from, but I am realizing more and more that the question is much deeper than this. I think race has much more to do with one’s inner sense of identity, how we perceive ourselves in relation to a certain group of people—and racism is the projection of that identity onto another group that is deemed as being “other.”

Human beings are always longing for an identity, a purpose, and a place in this world, and that identity is seemingly made real by isolating another group of people with a recognizably distinct trait, whether it be women, African Americans, Native Americans, or Jewish people.

In essence, we project that which we are unable or unwilling to face within ourselves onto the “other,” in order to uphold the false idea that we are good and they are bad. The truth is that we all have the capacity for good and evil inside of us. The more aware we are of this fact, the better we will be at directing our actions toward good and away from evil.

And James Baldwin knew this:

“What you have to look at is what is happening in this country, and what is really happening is that brother has murdered brother knowing it was his brother! White men have lynched negroes knowing them to be their sons! White women have had negroes burned knowing them to be their lovers! It is not a racial problem! It is a problem of whether or not you are willing to look at your life and be responsible for it, and then begin to change it!”

So, what is race? I believe race is how we psychologically identify ourselves in relation to other groups in order to assert our place in the world and racism is the natural consequence of this psychological split. It is quite clear in looking at early 20th century caricatures of blacks, how they were portrayed as ape-like creatures with ugly faces, that we projected the darker aspects of our nature onto this group. Another example would be the German’s caricatures of the Jews, with pointed noses and shifty eyes, representing everything that they saw as ugly or impure within themselves that they didn’t want to face.

It is the projection of our shadow side onto the outside world. Instead of dealing with the parts of ourselves that we don’t like, we assign those qualities to other people and make them out to be inferior to us. If we are serious about dealing with the issue of race, then we should learn to truly look at ourselves without judging what we see—and from there we can begin to change our lives.

We should also try to recognize when we are being made to feel that we are the “Other,” whether it be a slight from a colleague, a scolding from a teacher, or being snubbed by a romantic partner. Instead of perpetuating that division by becoming resentful of that person or growing bitter toward the very structure of reality, recognize that this is a fundamental human problem and not a personal attack on the intimate aspects of who we are. From here, we can assert ourselves as individuals with dignity, while ceasing to perpetuate this process of separation and dehumanization.

James Baldwin identified the psychological roots of racism. He understood that it is a state of consciousness, rather than an outward phenomenon, that makes racism a reality, and thereby we can only be free of it by looking within our own minds and hearts with the utmost care and attention, and without fear of what we might see.

I suggest we heed his words, and learn to carry the burden of our own humanity without projecting our pain onto the outside world.

“The question you gotta ask yourself, the white population of this country has to ask itself, is why it was necessary to have a ni**er in the first place. I am not a ni**er…I am a man. If you think I am a ni**er, it means you need it, and you gotta find out why…And the future of the country depends on that.” ~ James Baldwin