What Sex Positivity means in our Hush-Hush-Wink-Wink Society. 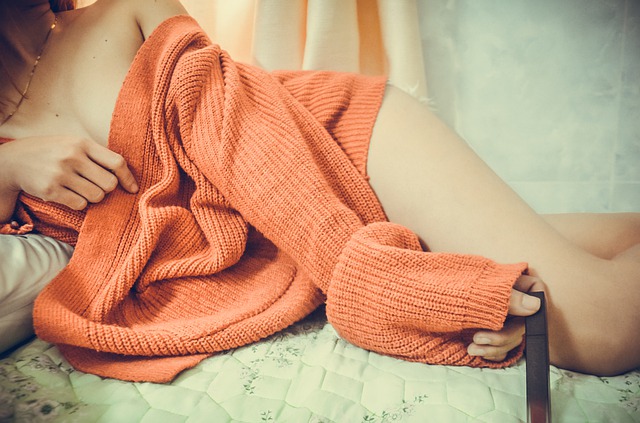 As a society, we have pretty complicated opinions when it comes to sex.

In other words, we like to find individuals sexy, but we do not necessarily like to think of them as sexual.

Is it any wonder that we have a difficult time understanding the concept of sex positivity?

I’ve often seen sex-positive individuals mocked as being aggressively sexual nymphomaniacs who just want to have non-monogamous, kinky, pansexual sex with everything that moves. I’ve heard it said that not only do sex-positive individuals fall into this stereotype, but they want you to fall into this stereotype as well; if you aren’t comfortable having sex with everyone, if you aren’t comfortable talking about sex in great, almost disgusting, detail with every individual you ever come across, then you aren’t sex positive enough.

Oddly enough, I’ve only ever heard this opinion raised by people who do not identify as sex positive.

So what does it mean to be sex positive? I mean, it’s totally possible in our hush-hush-wink-wink society of closed doors and whispered euphemisms that you might have heard this word before, but were too embarrassed to ask what it meant.

Well, acting as a sex positive individual looks different for everybody, but what this essentially boils down to is a few common beliefs.

Because, historically speaking, it’s been women who are both uncomfortably sexualized and denied the opportunity to so much as speak about sex. (I mean, many companies selling feminine hygiene products have been banned from even saying the word “vagina,” even though they are not talking about sex; whereas the “penis game” is fun for the whole family.)

But that isn’t to say that women are the only people who would benefit from a sex positive society. In fact, we all would.

What sex positivity essentially means is that we, as a society, need to get more comfortable with the idea of sex—in all of its forms.

We need to become comfortable talking about sex. We need to become comfortable teaching our children about sex—because too few children are taught. Forty-two percent of teenagers will have sex between the ages of 15 to 19 years of age, but only 24 states require sex education to be taught at all. And, hell, even when it is taught, the actual information tends to be lacking. Only 13 states require the sex ed that is taught to be medically accurate, meaning that in 37 American states, people are walking around with either no education in sexuality, or medically inaccurate education in sexuality.

What I remember most from my own sex ed class is my teacher laughing uncomfortably until she was red in the face—I got an A in that class.

This means that children are going out and having sex without fully understanding what they are doing or the possible repercussions—like STIs or pregnancy.

In fact, education on sexuality is so poor that, to this day, there are many people who are still confused about what consent is, or how to ask for it from a partner. And this is a huge problem.

But sex positivity is about more than simply educating children. It’s about allowing people to express their sexuality in whichever way they feel comfortable.

Do you want to have vanilla sex with one individual for your entire life? Cool. Do that.

Do you want to never, ever, ever have sex because the very thought makes your stomach curl? Great. Don’t feel pressured to have sex. You’re cool the way you are.

As I mentioned before, in our current climate, we are weird about sex. We don’t want to hear about it, but we at least want to know that you’re doing it, and doing it “correctly.” If you’re sleeping with multiple partners, then you run the risk of being labelled a “slut,” a “whore,” “cheap,” “easy,” or “frivolous”—and as such, you are dismissed as a person. If you identify as asexual, then you’re constantly assaulted with comments such as, “oh, you just haven’t found the right person yet.”

But true sex positivity does not uphold any of that. True sex positivity is about allowing people the information that they need to decide how they feel about sex, and then the freedom to explore it however they choose.

That is all sex positivity is.