Why White Pride Does Not Exist. 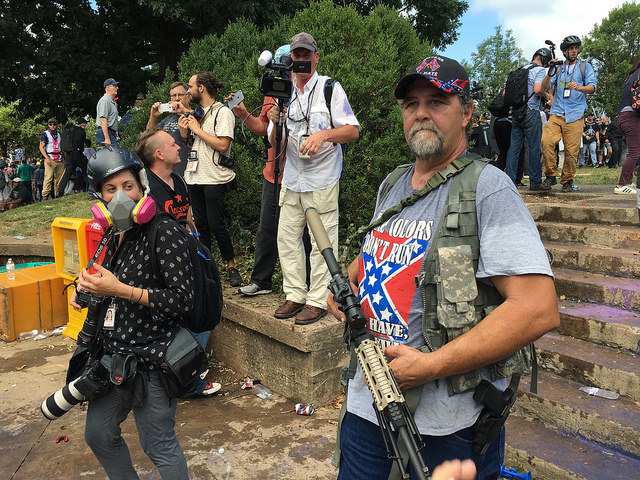 I am white. I am a white person, with white parents, and I spent my teenage years in a town that was predominately white.

And as a white person, I am here to tell something to my fellow white people: white pride does not exist.

Why am I saying this? Well, there’s this idea that I have seen tossed around from time to time on social media and the like that states that white people should be allowed to go out and express their pride for being white.

When this opinion is raised, I often see it equated to other varieties of racial pride, most predominately, black pride. Black people in the United States are, to a certain degree, allowed to express their pride in their own race, through such methods as art, fashion, and music. And, in response, some white people have gone out and said, “Well, why can’t I do that too?”

In answer to these questions, some may be inclined to say, “Because that isn’t simple pride in being white. That is white supremacy.”

And yet, from what I’ve seen on certain social media sites, I’m pretty sure that there are many white people who still do not understand why they cannot be proud of being white, or why being proud automatically equates to white supremacy.

I mean, there’s nothing wrong with being white, right? Your race isn’t really one of those things you can control, and nobody should ever feel self-conscious about the way they were born, regardless of who they are. So, if that’s the case, then what’s wrong with being proud of who you are? What’s wrong with learning about and cultivating your cultural background?

Well, there are a few points that I can talk about here, and most of them involve comparing what black pride is as opposed to white pride.

First of all, what is black pride? Why did it start? Well, to put it quite simply, black pride began in the United States as “a direct response to white racism especially during the Civil Rights Movement.” In other words, black pride was born out of a society that told people that it wasn’t okay to be black.

The intention of this pride is to regain power that was taken away—to empower people who were made to feel like they weren’t cared for or wanted. In that way, the black pride movement is similar to such things as the gay pride parades (something which has similarly made straight people wonder where their pride parade is).

So, one of the many, many problems with white pride—which also arises with this idea of the “straight pride parade”—is: white people are not being told that they are wrong or lesser than because of their race. In fact, “whiteness” is simply considered the default in North America: the majority of our most successful celebrities and politicians are white. Black people face a certain level of hiring bias, and black people tend to be paid less than their white counterparts. And that’s only the tip of the iceberg when it comes to the way that white privilege affects us all.

So, essentially, what I’m getting at here is that black pride is a reaction against racism toward black people. White pride is a reaction against nothing—except for black pride. This might be part of the reason why so many people point at white pride as being, in and of itself, racist. The way that this idea of white pride has come about is not, quite simply, pride in being white; it is pride in being not black, or not Asian, or, quite simply, not a person of colour.

But, again, we are returning to this question of, what is wrong with being proud of who you are? I mean, so long as you aren’t being a jerk about it, why can’t you be proud of your cultural heritage?

Well, the thing is: you can.

I’m going to assume that the majority of readers here have at least a passing knowledge of the history of slavery in America. This history is extensive, and it continues to affect us, even to this day; but what I specifically want to focus on right now is that this history means that many black people were, quite literally, kidnapped from their country of origin and forced to come to the United States.

Because of this, there are many black people living today who have no idea where their ancestors originated from. They might have a general idea of somewhere in Africa, but which part of Africa? What is their cultural heritage? What practices did their ancestors engage in? It’s really difficult to know for sure, when white slave owners quite literally forced their ancestors to abandon their entire heritage.

As a result, many African American people do not have a cultural history outside of the United States. They have only the black culture that has been created there since the end of slavery.

Not that I, the white woman, can speak for every African American, but from what I have observed, I gather that black pride is mostly about two things: it is about reclaiming pride in a skin colour that their society tells them is lesser, but it is also about a pride in their culture. For most white people, on the other hand, white pride is about nothing more than pride in skin colour—a skin colour that they are, in fact, privileged for.

Most white people know where their ancestors come from. They know the culture that their ancestors were a part of, and because they have that knowledge, they can continue learning about it and practicing it, and being proud of it.

You can be proud of your cultural heritage, whatever that may be. That is allowed, and I sincerely hope that pride in that culture is what many people who are seeking white pride are actually looking for. But pride in whiteness, in and of itself, is an entirely different matter. That is not a pride of culture or heritage; that is a pride of not being a person of colour. And nobody should ever be proud to not be someone else, because that sends the message that there is something wrong with the other person.

And there is nothing wrong with us, no matter the colour of our skin.