A Guide on How To Confront People Without Being a Jerk. How to confront someone without being a jerk: a guide to solving interpersonal disputes in work, relationships, and even with strangers.

You’re upset. Something or someone else has just upset you.

But the fact is you’re upset. It actually doesn’t matter if it’s justified.

Sure, you could always drop it.

There are at least three 3 reasons why confronting the other person is a good idea:

1. It shifts the locus of control to you. If you don’t speak up, you are defaulting to a victim position. By calling out a supposed transgressor, you get to recognize that you do affect your circumstances. Having this internal locus of control is correlated with higher self-esteem, motivation, and long-term success.

2. It allows a genuine connection. In my years as a relationship counsellor, I found that every time a couple was facing a loss of passion or connection, the major culprit was resentment. Often the resentment was a minor offense, like forgetting a house chore, or dismissing an idea. Left unspoken for years, they became a buildup of resentment leading to some couples wanting to break up or divorce. By airing out all the past hurts in a safe way, we were able to find where the love still was. And so far, it protected couples from divorce.

3. It helps the other person learn, and makes the group function better. This is critical in both work environments and in families. Groups function better when everyone is on the same page. That’s only possible when there’s no dirty laundry.

“A person’s success in life can usually be measured by the number of uncomfortable conversations he or she is willing to have.” ~ Tim Ferriss

The ability to confront people skillfully leads to greater well-being and success. This is true in your business and personal life.

But confront is such a harsh word. Won’t that cause damage? What if the other person doesn’t take it the right way?

Yes, when you tell the vulnerable truth, there are risks. Thankfully, there are ways to confront people without being so confrontational.

If you master the following three points, you are far more likely to maintain amicable relationships while getting your needs met.

1. Recognize the origin of their pain.

Yes, the other person may have hurt you most recently. But no one is born malicious at heart. No one.

Every time people hurt each other, it comes down to one of two things:

>> Externalizing their own pain or insecurity. They were hurt by something or someone else, so they feel okay in taking from another. Or they actually feel guilty and do it anyway. I

>> Negligence. They either are genuinely unaware, or they are low on empathy probably due to past pain or insecurity.

This is a hard one to accept because there are some people we just want to see as villains. It’s much easier to maintain a perspective such as us versus them while you complain about your wounds.

I learned this mentality back when I was an Uber driver in one of the most me versus the world environments: New York City traffic. On my first few weeks on the job, I noticed I was taking on the same cutthroat behavior I saw with fellow cabbies: super aggressive driving, shouting, and dirty looks.

But I realized something.

We were all in it together.

When I actually made eye contact, I saw the faces of frustrated drivers like me. Overnight, I was able to change my experience of the traffic. The traffic didn’t go away, but I no longer felt so stressed about it.

Even when someone did cut me off, I could understand. Someone certainly cut them off at some point, as is the way of the jungle. I could feel generous because

I remembered it’s not personal.

When someone hurts you more directly, it may seem super personal. That’s why you’re upset in the first place. But if you remember that everybody hurts, it’s a lot easier to see the other as a fellow human rather than an enemy.

2. Be specific with your boundaries and the consequences for crossing them.

Often, your transgressor doesn’t know what they did wrong. Sometimes when you’re upset, you don’t even know what was really wrong.

Identifying the specific boundary that was crossed lets you depersonalize the transgression. It’s not the person who is bad. It’s the behavior that crossed your lines.

Everyone has different boundaries, so you can’t assume they will see things your way. That’s why the second half is to share how crossing your boundary will affect your relationship in the future.

This is not a threat or an ultimatum. It’s sharing the truth of how you feel in clear terms.

“If you keep shitting on my goals, I won’t feel like opening up to you anymore.”
“If you miss a deadline again, I’ll have to find a different person to work with.”

This allows the other person to know what’s wrong, and know what the result is beforehand. You might think, “Obviously they must know if they do this, I’ll be upset.” Maybe. But many people, especially when under stress, will rationalize that things are fine unless explicitly told otherwise.

Drawing the line clearly takes away the ambiguity and misunderstanding. They know where you get upset and you know how to react if the line is crossed again.

The other side of this is that you can see if your boundaries are in the right places. When we’re in a reactive mode, everything can feel like a personal assault.

But maybe it was our own insecurity being revealed.

As a dating coach, I’ve seen many people with odd recurring patterns among their exes. Often, the person is creating impossible boundaries that other people can’t help but cross.

That doesn’t excuse the other person if they actually did something wrong. But if you have a recurring problem with people, maybe you’re blaming a new person for an old wound.

Either way, when you’re upset, it pays to nail down exactly where the line was crossed, and get to communicate in advance the consequences of crossing them in the future.

Confrontations escalate into conflict when people yell what was wrong without suggesting what could be right. There needs to be an alternative solution. Otherwise, you’re externalizing pain onto the other.

Saying, “What you did there was not okay!” doesn’t help you and the other person. At best, the person will feel bad, but will probably avoid you out of discomfort. At worst, they’ll get defensive and conflict will escalate.

You are not the karma police. It’s not your job to punish the world’s transgressors. However, you can and should give options for a better behavior, especially when it comes to dealing with you.

“Hey, next time I’d appreciate it if you do this instead of that.”
“I’d feel a lot better if you pay attention to this.”
“This could all be fixed if you look closer at this.”

If your option doesn’t work for the other person, then you can negotiate. This way, everyone knows what the other person really wants. If no agreement can be found, then maybe that’s not a person you should work, socialize, or be intimate with. It’s a better way to reach that conclusion than through fighting.

Offering a way to win means winning for them too. It means they don’t have to be humiliated or feel bad because they messed up. They can save their face and know how to be connected with you.

And this works in reverse too.

When someone is upset with me, I try to find out what winning with that person is. That usually prevents me from getting reactive. Then, I can look at the gap between what I want and what they want. Usually, there’s a way to bridge it. If there isn’t, we can at least separate our ways amicably.

Everyone’s version of what’s right is different. You can’t assume someone knows yours, and you can’t assume you know someone else’s. Sharing what you prefer saves all the guesswork and allows you both to get on the same page.

If you are a human living around other humans, you will experience conflict at times. People are different and often our desires and behaviors clash. You will get upset by others sometimes. That’s normal.

You don’t have to choose between antagonizing someone and staying silent. There is a way to confront someone without creating more conflict. It can actually serve you, the other person, and the whole group.

Mastering the art of skillful confrontation will make you a better leader, team member, relationship partner, and even family member.

Remember, we’re all in this together.

4 Keys to Responding Instead of Reacting. 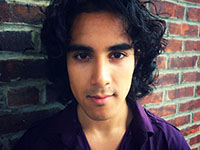