Can We Stop with the Bullsh*t Excuses about Veganism? 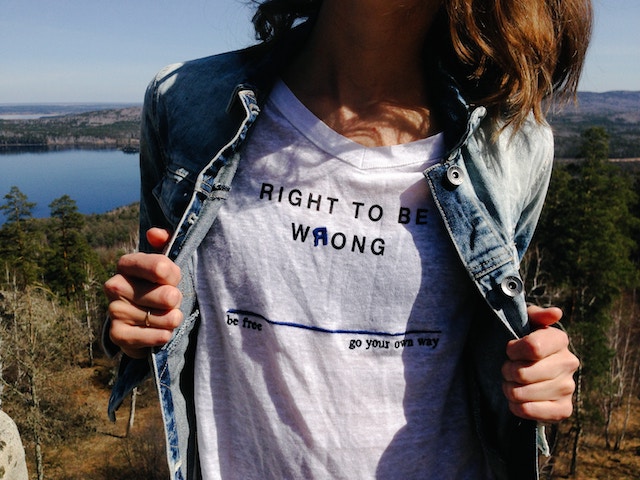 As a passionate animal rights campaigner and devout vegan, I have come across excuse after excuse from people trying their hardest to explain why they believe it is “right” to eat meat, not possible to become vegan, and everything imaginable and unimaginable in between.

I read and listen to so many people who have cognitive dissonance due to their diet and lifestyle, and hear them desperately attempting to justify how and why they choose to consume the flesh and fluids of sentient creatures.

I stand firmly behind this statement: if you eat meat, consume dairy, or buy into the fur or leather industries while being aware of what goes on behind the scenes, then you are knowingly and willingly paying to support widespread systematic abuse and cruelty toward animals.

Some might say this is extreme, but what I perceive as extreme is the amount of suffering, trauma, and violence that millions of animals emotionally, mentally, and physically endure every minute of every single day—particularly when it is not necessary.

Vegans speak out because animals don’t have voices; they cannot protect themselves, or stand up and describe the trauma they are subjected to just so that someone can have a bite of their flesh, drink their milk, or wear their skin.

Maybe I find this more unbearable because I have learned about the plight of animals, and now find it unbearable! I cannot turn a blind eye, nor can I silently stand by while people try to say that vegans “should shut up and stop preaching,” so that they can devour the body parts of animals in peace.

After all, as so many meat-eaters explain, it’s their choice, so who am I or anyone else to stand in their way?

As I’ve said before, and I’ll say again as many times as I need to: just because something becomes “normal” does not make it right and okay. All that has happened is that so many people have now grown accustomed to their carnivorous diet that they have become desensitised to the fact that they are actually eating what was once a beautiful living, breathing creature that wanted to live just as much as we do.

The reason I was prompted to write this is that I recently read an article whereby the author was saying that she thought it was dangerous for this woman to say that, “If you’re against animal cruelty, like most people, you should be vegan.” The writer of the article also went on to state that she thinks that a vegan diet is “restrictive,” while also having a dig at vegans by dropping in the “avocado” criticism, explaining how it has to travel hundreds of miles before reaching a vegan’s plate.

The writer also tried to say that a vegan diet is “easier to commit to if you work from home, part-time, or indeed don’t work,” and insinuated that being vegan takes far more preparation than cooking meat, so it is not easy for those with children. At this point, I was blank-staring at my screen as, having been a vegan for many years and not the type of person to spend hours in the kitchen, have never found that cooking meat-free takes any longer than adding meat.

If anything I think cooking time is reduced dramatically when meat is taken off the menu, and if I’m struggling for time there are numerous ready-made vegan options available in almost every supermarket. Plus, it’s a lot of fun pulling out recipe books and trying new dishes, and whenever my nieces or nephews visit, they adore preparing food with me. All parents can include children in the kitchen and make it a fun, adventurous, experience.

More excuses, in the above article, against veganism came in the form of eating disorders, stating that it could be a “catastrophic” decision. In reality, eating a healthy and balanced diet of fresh fruit and vegetables is extremely positive for both the body and the mind.

Speaking firsthand, having had an eating disorder for many of my younger years as well as a sensory processing disorder, I now see a major part of my struggle was due to the consumption of foods that were not healthy or nutritious. When I started to pay attention to the food I was eating, my perception of food changed along with my whole relationship with it. Of course, not saying this will be the same for everyone, but there is no denying that making conscious and ethical food choices will benefit many people’s emotional, mental, and physical health.

Again, the infamous “protein” argument also came into play, with the writer trying to say that extra thought is required to substitute in protein. What many people don’t seem to realise is that the only food capable of producing protein is in fact plants—not meat. Animals get their protein through plants, so if we eat meat we only get protein from that meat secondhand thanks to animals eating plants in the first place—so why do people automatically think vegans can’t also get their protein from plants?

Other excuses that were also highlighted, for attempting to make veganism sound difficult for “single parents, working parents, those in jobs with antisocial hours, those from a low-income background,” as apparently they are parts of “social groups that may not be able to spend time researching alternative products online, or traveling to a different store selling vegan products instead of their local Tesco.”

I could write in great detail why each point sounded to me like cognitive dissonance nonsense, as I’ve never come across a vegan who wasn’t able to go to their local Tesco or large supermarket and buy every ingredient they could possibly need, all for a similar price, or cheaper, in comparison to shopping that includes meat and dairy. Granted, there are people living in extreme poverty, in food deserts, and without a proper nutrition education (and that situation and why it exists in the first place is a whole different issue), but the people who do have a choice and who do know where their food comes from, and so on, have to acknowledge the truth.

I’m not sure how long people think it takes to research veganism, or why anyone would think that being a single parent or working unusual hours means you aren’t able to work out how to take small steps and transition to veganism little by little, if it really is too time consuming to reduce animal’s suffering all at once.

It just seems that rather than people standing up and stating that they generally care more about their taste buds and convenience, than they do about reducing and eradicating abuse and cruelty toward animals, they will make up thousands of excuses and try to pass them off as factual data, or as though vegans are “preaching” and wrong to compassionately speak out.

It really does sadden me that every time anyone raises their voices to defend the victims of the food industry, they are attacked just so that people can continue doing what they have convinced themselves is normal because it their “personal choice” and suits how they live their life.

Really, the excuses need to stop, and the ones above are just a few of them; there are literally thousands declared defiantly all over the place! While I’m aware that not everyone in this entire world has the option to be vegan, there is no excuse at all why many millions of others couldn’t at least try. And if people are aware of the harm they are causing, and continue regardless, please, no more excuses or justifications, or trying to silence vegans who are only trying to save lives and end abusive, harmful practices. It is nothing other than your heart and mind being at war, and your mind demanding that it is going to continue doing what is familiar.

Whether we all like to admit it or not, any time an animal is killed for food, and there are other viable options freely available that we choose to ignore, we opt in favour of animal abuse.

There is no ethical, moral, cruelty-free way to kill an animal, regardless of what we have been conditioned to believe.