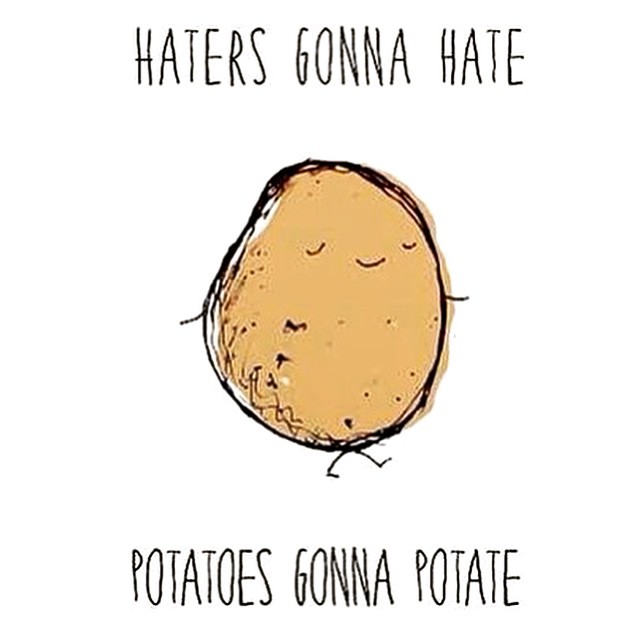 You won’t need to look far online to read comments from meat eaters about how vegans are a disgrace to society for pushing their agenda onto those who don’t want to hear it.

There was a time when responding to them would rattle me, as I tried to find out what provokes someone to type rage-fueled rants just because there are people in the world who don’t want to be part of the cruelty, suffering, abuse, and trauma carried out on animals. I’ve read so many of these hateful diatribes directed toward vegans that I decided to research why these people react this way.

One of the reasons is a lot simpler to comprehend than I expected. Of course, there will be a variety of reasons that people hate on the people who are trying to eradicate cruelty, but I believe one of the main reasons here is cognitive dissonance.

Cognitive dissonance is a scientific theory that was developed by Leon Festinger in 1957. It suggests that people have a strong inner drive to hold all of our attitudes and beliefs in harmony with each other, so that we can avoid disharmony, or dissonance. The second part of the process is what we do to maintain that harmony.

When we are faced with information that conflicts with the beliefs we already hold, one way to mend the dissonance is to go to great lengths to find information that supports our original beliefs, which results in us achieving cognitive consistency.

I have witnessed this on numerous occasions when people try to justify why they consume meat and dairy products, and why they believe that vegans are wrong, annoying, or that they are “preaching” when they express their beliefs.

The arguments people come up with to explain why veganism is wrong or hypocritical range from, “Plants have feelings too,” (which isn’t entirely true), “Fridges and freezers are made of animal products,” (I have never found any evidence to support this claim), “B12 deficiency!!” (vegans can receive more than enough B12 when they eat a balanced diet—besides I’d far rather be deficient in B12 than support animal abuse).

Another popular retort is, “All the animals would die,” or, “Where would all the animals live if everyone suddenly turned vegan?” Many factory farmed animals are brutally and forcibly artificially inseminated (raped) so that they can reproduce, therefore, when demand reduces, the need to force them to reproduce reduces/ends. Not only that, the lives they live are filled with extreme emotional, mental, and physical abuse—not a life that many of us would choose to be born into and quite literally hell on earth for the animals. There are animal sanctuaries across the world crying out to take in these animals so that they can live lives free from pain and suffering.

As the above shows, there are people who will try to rationalize their view by coming up with tenuous arguments to support their deeply held beliefs, and then others (myself in this case) may reply with an argument that goes against that belief.

It can be so difficult to accept something as “the truth” when it goes against something that we have previously and still currently believe to be true.

Instead of compassionately listening and being open to how people perceive situations, what facts they have, or the knowledge they hold, we attempt to shut one another down to prove that our point reigns and anything that differs is nonsense—which is a mild word compared to the extreme reactions I’ve read or heard thousands of times when people refuse point blank to hear one another out.

Whenever we do not understand something, our automatic primal instinct is fear. We are afraid of what we don’t know, or understand, and rather than opening to it and moving to a place of vulnerability so that we can allow the possibility of new information, we close off, put on armor, and prepare our defenses.

In our desperation to maintain our safety, surrounded by what feels familiar, we may attack, lash out, or become resistant to what someone else is saying or doing. This is simply our ego’s way of keeping our inner world stable. However, stability can also mean stagnancy and doesn’t offer room for growth.

When someone tells us that they hate us, they detest our views, what we stand for, what we believe in, or that we are wrong and they are right, the healthiest thing we can do in those moments is to remain calm, reminding ourselves that they do not actually know us enough to hate us—they just hate the fact that our opinions differ from and challenge their own.

Almost all anger, hatred, and resentment stems from a lack of knowledge, compassion, and understanding.

Meat eaters don’t hate vegans per se; they hate that vegans present a lifestyle that is vastly different from their own. Rather than questioning themselves and opening up to why that person is vegan, and hearing what they have to say, many people find it far quicker, and simpler, to declare rage, which is nothing more than their own confusing, conflicting, internal beliefs, values, and feelings battling to remain dominant.

Because really, can someone actually hate another person because they don’t want to be part of cruelty, abuse, neglect, suffering, torture, and the killing of billions of sentient beings? Some vegans may come across as though they think they are superior, resentful, judgmental, and that they think they know best—but, for most of us, that is simply a reflection of the unimaginable pain and suffering we witness and are aware of, knowing that all of it could be prevented just by eating more mindfully. (Of course, veganism isn’t immune from attracting its share of obnoxious whackos too.)

As I’ve said many times, if it was dogs that were being treated barbarically, in the same way pigs and cows are treated by the millions, there would be national outrage, and very few people would be hating on those who try to stop it.

Despite what cognitive dissonance may try to point out, there is no fundamental difference between a dog and a pig when it comes to emotional intelligence, pain, fear, and suffering.

We are all sentient beings, sharing this planet with other sentient beings—many of which cannot talk. Some of us are a voice for the vulnerable, and some of us cannot hear that voice as anything other than a rant that denies or challenges their beliefs and opinions.

To peacefully co-exist, all we need to do is to make a concerted effort to listen to one another and to try to perceive other people’s way of thinking. We then might find that we are not all so different, and that the only thing separating us is misunderstanding.

“Sometimes people hold a core belief that is very strong. When they are presented with evidence that works against that belief, the new evidence cannot be accepted. It would create a feeling that is extremely uncomfortable, called cognitive dissonance. And because it is so important to protect the core belief, they will rationalize, ignore and even deny anything that doesn’t fit in with the core belief.” ~ Frantz Fanon, Black Skin, White Masks