Don’t Ask my Daughter to Smile on Command.

At four, my daughter is already distinctly aware of her looks.

I recall one episode where she made alluring faces in the mirror. She rocked her hips back and forth, and then told me how cute she looked.

It was sassy for sure (a gender-weighted adjective) and precocious (another one), but I wondered what Disney cartoon taught her that. The whole time she was posing in front of the mirror, she kept trying on different smiles.

But here’s my request: stop asking my daughter to smile. I get it, she’s four and cute—who doesn’t love it when they smile? It will light up your day.

Don’t do it, though. No smiles. No comments on her looks. Nothing. If you feel the need to insert yourself in her life without my permission, then ask for a high five or a fist bump. Just don’t bring her smile, or looks, into it. Chances are, if she likes you, she’ll smile anyway.

Is it an absurd request? No. But if I had a son, you wouldn’t ask him to smile. As a dad, I’ve observed these things, and the last few years have been a crash course on social gender differences.

It’s true that for my daughter, these gender-based interactions are still innocuous, but they have a short shelf life. When she starts junior high, that request for a smile won’t be benign anymore, and commenting on her looks will skirt the line of sexual harassment, until it is crossed. Sadly, by then she’ll be conditioned to it.

Well-meaning strangers, teachers, and even family do this. They request a smile, and if they don’t get one, they keep asking, usually undermining her refusal with guilt. When they finally get one, they remark how pretty she is now that she has smiled.

Boys and men alike don’t face this pushy and embarrassing request for smiles. If we do, there’s less objectification to it. True objectification for men is a rarity, and for a society slanted toward male privilege (arguably slanting back more toward), objectifying men is almost cute. We often enjoy being treated like meat, cavalierly laughing it off, but that’s our privilege talking.

The fact is no man is ever required to smile and then graciously thank someone for commenting on his looks. We dole out high-fives, fist bumps, handshakes, grunts, head nods, or any combination of these things, but we’ll never have to disarm you with a smile.

This isn’t the case with women. They’re singled out by their looks at a young age and reminded of them constantly. The prettier we judge them to be, the higher their social capital. The higher that social capital, the more privilege they’re afforded.

Even if we all mutually agree that women are powerful and smart, they are so much prettier when they smile. Besides, telling a woman to smile and then complimenting her on her looks is an act of chivalrous men.

This is both circular and reinforcing—how convenient!

Women’s social interactions with family, friends, colleagues, and even strangers involve more of their bodies. They typically give and receive enduring hugs and kisses. They also receive unwelcome touches from men; it’s considered part of the overall social package, including in their professional life. If they don’t play by these social gender rules, especially being asked to smile more, there could be serious professional repercussions.

Yet, when women decide to educate men on why these requests aren’t appropriate, they’re labeled as antagonistic, bossy, or just plain b*tchy.

Maybe you’re still not convinced and think I’m over exaggerating. Boys and girls are different, after all. Just because society expects them to play different gender roles, it doesn’t mean that women are treated inequitably.

In a GOP primary before the election, moderator Megyn Kelly was accused of being unprofessional, purportedly because she was asking then candidate Trump hard questions. Later on Twitter, he accused her of bleeding out of her “wherever.”

Why would a man feel the need to say this? Was he simply engaging in more locker room talk?

You can shrug this off, but it speaks to a subservient, patriarchal take on the role of women in society. Kelly wasn’t backing down, being amenable, deferential, and she wasn’t smiling. None of which was required of her to be an effective moderator. Yet, in the President’s eyes, she was being a difficult b*tch.

Even today, when half the country believes that women have broken the glass ceiling, men are less culpable when violating a woman’s bodily autonomy, and are still protected from things like domestic violence and rape. Short of an obvious care of the latter, society often gives (white) men the benefit of the doubt, even lessening punishments for ostensibly bumbling kids who just wanted some action.

It’s no wonder catcalling, leering, lewd comments, intrusive compliments, requests for a smile, and grabbing women by their genitals are all behaviors that are just good fun with us men.

Where is the equity in a society that expects women to put up with this in order to get ahead, or just walk down the street?

It’s simply not there.

This isn’t just about teaching our daughters that it’s their body and their choice, either. An equitable society is a two-way street, and in a culture of reemerging male privilege, misogyny, and casual sexism, young boys need to be taught what a woman’s bodily autonomy means.

My argument here isn’t to raise mean, standoffish little girls, who scowl at the slightest glance in their general direction (unless that’s their nature). Instead, we need to be aware of the double standard we perpetuate when teaching our daughters how to interact with society. If head nods, handshakes, or a simple “what’s up” is socially acceptable for our sons, it should also be acceptable for our daughters.

And, little girls should never be told to smile. If they want to smile, they will.

For My Future Daughter. {Poem} 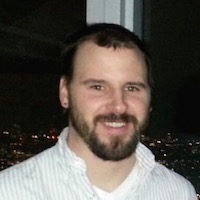