Freeing the Fish isn’t as Fun as it Sounds. 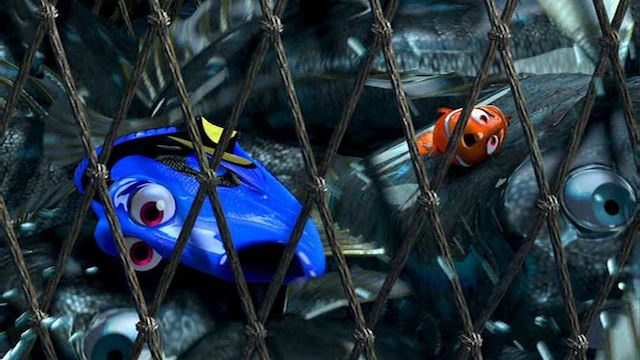 The moment I ripped open the net to free as many of the beautiful blue Jackfish as I could, I regretted it.

My remorse surprised me. How could helping fish on the verge of death by liberating them from this buoyed net be wrong?

In a heartfelt, impulsive flash, I had launched myself into an existential juggernaut about the morality of monkeywrenching for the greater good.

In the morning, the aqua blue Sea of Cortez had summoned me even before I awoke. The sounds of the sea visited me in my dreams. I thought of the fish resting at night, some even coming to life at night in a world just below the surface of my mind.

At first light, I started paddling north. I was plugged in, Stevie Wonder jammin’ through my earphones. Stepping onto my standup paddle board, I rode the conveyor belt of life: the liquid life force of planet Earth where the abundance of ocean life is all around me. It is a part of me, just as I am a part of it.

This day was not unlike many others. Ocean, board, paddle, me.

As a vegan, I’m often asked if I eat fish, and if not, why. For me, the answer is easy: “No, I don’t eat fish. I love the ocean, and I don’t need to eat fish in order to be healthy.” I don’t consider fish to be objects, but rather social animals—good-natured and curious. I’ve experienced fish communicating around me using sound, body language, even bubbles. I could never imagine clubbing an animal over the head, and I feel the same about gutting a fish that I consider to be a friend, an ocean visitor, a fellow swimmer, a surfer, and an earthling just like me.

Then there it was: a red buoy a quarter-mile from the shore, with a spherical commercial fishing net draped beneath. There were hundreds of blue Jackfish swimming in endless circles, looking for a way out. The weak ones were gasping at the surface, turning onto their sides, dying of confusion and fatigue. It would be only a matter of time for the other fish swimming in panicked loops below.

The suffering of so many was overwhelming for me.

My hand reached into the net and found a seam to tear open, well before my mind had an opportunity to fully consider the situation. I was partially destroying a net that didn’t belong to me, but I was releasing the fish back to the open ocean, where they belonged. Here of course, is the crux of the dilemma: what I saw was wrong, but what I was doing wasn’t right.

Even though I first heard them years ago, I can still remember Thích Nhất Hanh’s “Fourteen Buddhist Precepts for Engaged Buddhism“ and thinking of how he articulated what I already knew.

1. Do not kill. Do not let others kill. Find whatever means possible to protect life and prevent war.
2. Possess nothing that should belong to others. Respect the property of others, but prevent others from profiting from human suffering or the suffering of other species on Earth.

The oceans are dying; scientists confirm this. “By the year 2048, most large marine ecosystems will collapse from over-fishing,” says Dr. Boris Worm. Scientists are our modern-day wise men and women—the Nez Perce indigenous wisdom keepers warning their people of the white man coming with guns and disease. These scientists are painting a grim picture of our future, but we’re too distracted by Trump’s tweets, the new iPhone, Kim Kardashian’s latest selfie, the most radical conspiracy theory—or we’re simply too buried in work and family to care about the scientists’ oceanic doomsday prophecies.

We are literally eating ourselves out of house and home. The ocean is being emptied like a sugary pixie stick into the mouth of a child.

However, ripping holes in all the fishing nets is not the solution. That would only confuse the public, who are the ones mindlessly consuming the fish. And it would also make for some very pissed off fishermen. And after ripping a hole in this net and watching a few of the fish escape, the angry fishermen scenario was what worried me most.

I stopped trying to open the net. I knew it wasn’t right. My grief for the helpless fish needed to be channeled in a more productive, effective way. It was crystal clear to me then, as it still is to me today, that we need to change our culture of consuming animals from the ocean, or else we will not have a planet that sustains life. It has to be all of us, together agreeing that destroying the planet to satisfy our appetite is immoral. All of us are in this together.

Paddling away and leaving the fish behind felt wrong, but I had to. They were trapped and would die, as do so many other ocean animals every day—2,739,726 to be exact. A plant-based diet is not just a present-day fad, it is our future, if we’re going to have one. I paddled away with the determination to help awaken society, to conserve the ocean, to help all animals as if our whole existence depends upon it—because it does.

I shoved my earphones in. Stevie Wonder’s song, “Living for the City” was grooving. I started the rhythm and cranked smooth, efficient paddle strokes on my standup paddle board, going for distance. My field of view was the Sea of Cortez. The lyrics hit me like a ton of bricks.

Surrounded by four walls that ain’t so pretty
Living just enough, just enough for the city…

We can so easily trap and kill beautiful wild fish because we also feel trapped in this world. Freedom for others can only be appreciated when we value freedom for ourselves. But how can we be free when others around us aren’t?

On this evolutionary journey, we have such a long way to go, because living “just enough” just isn’t good enough anymore. 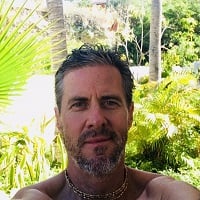