How your Beliefs may be holding you back from Living your Biggest, Brightest Life.

The words that Judge Rosemarie Aquilina said to the 156 survivors who testified her in courtroom.⠀ .⠀ Click the link in bio to read “Why Didn’t She Just Say No?” by Ciara Hall.⠀ Share your story: elephantjournal.com/write. #feminism #metoo #timesup #elephantjournal #quoteforlife #mindfulness #equalrights

We all tell ourselves stories.

They’re the little fairy tales we dredge up about the ideas we have created about ourselves, others, or the world.

They’re the seeds planted earlier in life by our parents, other relatives, or even strangers.

How often do we allow beliefs such as these to become our truths? The list of what we as individuals “believe” is inexhaustible. And, so often, we allow these beliefs to shape our perceptions of ourselves, our lives (and those of others), and of the world around us. Yet in reality, they are just beliefs and not hard, concrete facts or truths.

The Oxford Dictionary defines belief as, “An acceptance that something exists or is true, especially one without proof.”

We can see straight away from looking at this definition that a belief is about acceptance and opinions, not actual facts. Indeed, in many instances, beliefs can’t even be proven. Let’s look at the belief that, “I am unlovable.”

How can this be proven? It may be that this person has been told by a partner, a parent, or an abusive ex that they are unlovable, undesirable, and not someone worthy of affection. Does this make it true? Where is the proof that this is the case?

What examples or facts can be used to substantiate such a claim? What measures could actually be used to determine the lovability of an individual? The traits that make one person attractive or lovable to another may not be the same for the next. It is a subjective opinion not an objective one, so therefore subject to change.

Truth, on the other hand, is defined as “that which is true or in accordance with fact or reality.” Truths are not an idea, or just something we think is right. A truth is something that is based in reality. It is something that can be proven or substantiated. There is a basis for believing it. The stories we tell ourselves, the beliefs that we form about ourselves, and the world in which we live, are not truths because they do not fit this criteria.

The last 12 months were very interesting for me. I learned a lot about my own belief system and how it had shaped my life. One of the biggest (and most damaging) beliefs I had been holding onto was about money.

When I began to actively look at what my beliefs were, I realised that the reason I had self-sabotaged on countless occasions was because I felt guilty when I was earning well and was financially abundant.

Guilty. For being financially abundant. WTF?

As it turns out, as I began to delve deeper into my psyche, I traced this feeling back to my father and our turbulent relationship. My dad had grown up in post-war Germany in a poor family, and saw status and money as the be all and end all to everything.

As a rebellious teenager, I fought what I saw as the superficial and materialist attitude of my father, and began to explore left-wing politics. I began to believe that there was honour in being poor, in being working class, in struggling in life, and I took this into my adulthood.

So here I was in 2017, earning a well above-average income, yet still struggling to make ends meet and drowning in a sea of debt of my own making. I’d overspend the moment I began to accumulate savings, or give it away to someone I saw as needing it or who had asked. And I still didn’t see that having financial wealth doesn’t make you “evil” or selfish, but that by being financially abundant, I could help others in the way I wanted whilst still looking after my own needs and those of my family.

Once I became aware of my subconscious beliefs, everything began to change. I actively began to manifest an attitude of abundance and reorganised my finances. Not long after, my bank accounts began to grow, and I now no longer struggle financially. So this mistaken belief I had been carrying around with me all those years—a belief that was of my own creation and not real—caused me to live my life in a manner very different from how I may have lived had my beliefs about money been different.

The point I’m trying to make here is that it is beneficial to examine your belief system. Look at it long and hard, and look and see what beliefs you carry around that are no longer serving you. Look at each and every belief and ask these questions:

And if it doesn’t, change it.

Remember, you are the creator and holder of your beliefs. Even if they are inherited beliefs, by asking yourself these questions you can examine where they truly fit in your life, as well as whether they are worth keeping. Life is too precious to be held back by self-limiting beliefs.

So explore, examine, and cull as required, and watch your life unfold and blossom into its biggest, brightest version. 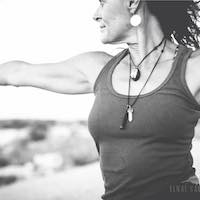