We want a Revolution—as long as Someone Else will do the Dirty Work. 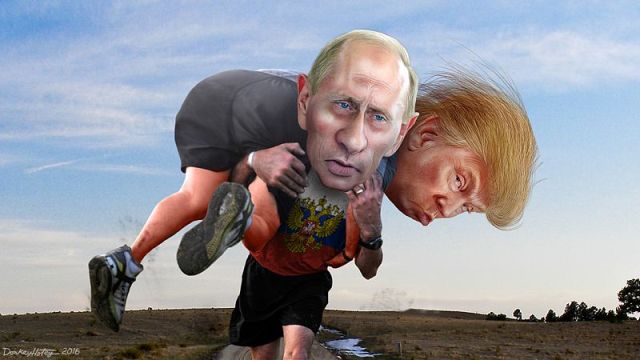 If you’ve never listened to U2, Luciano Pavarotti, and Brian Eno perform “Miss Sarajevo,” I’d highly recommend watching this video and listening to it now.

This song was in protest to Slobodan Milosevic’s slaughter of the people in Bosnia and Herzegovina in the 1990s—eons ago for younger generations. It only took a few years for him to create the conditions that made the slaughter possible, although it was experienced as a slow-moving train wreck, not unlike our situation today.

Bill Carter, an American journalist, suggested that Bono film a documentary based on Sarajevo’s underground resistance movement as the human slaughter unfolded. Bono produced the film which was incorporated into the music video for the song. Bono said:

“The camera follows the organizers through the tunnels and cellars of the city, giving a unique insight into life during a modern war, where civilians are the targets. The film captures the dark humor of the besieged Sarajevans, their stubborn refusal to be demoralized and suggests that surrealism and Dadaism are the appropriate responses to fanaticism.”

We need to use farce, surrealism, Dadaism, and comedy more than ever to overcome the banality of Trumpism. Being outraged or angry isn’t going to do it. Oh yeah, and to the millions of people who don’t vote: f*cking vote, man!

As Trump’s authoritarianism relentlessly seeks to undermine the rule of law, the free press, and nearly every other constitutional norm we abide, treating him seriously only lends legitimacy to the clown show he commands. So, treat the clown, his show, and the politicians in Washington, D.C. who enable this charade like the clowns they are.

In our rapid, tech-driven lives, it’s easy to forget that the struggle for freedom and human rights continues daily for most people around the world—yet, in America, we are glued to screens and hyper-focused on nothingness. We’re listening to the mindless drivel of an authoritarian populist each and every day. Turn off the TV, turn off the radio, and figure out a way to make fun of the clown, and then do it on a grand scale. Mock this charade, preferably in the form of a massive clown parade on Independence Day.

As America’s president ignores human rights and lends credibility to autocratic and authoritarian regimes around the world—placing himself alongside historical figures such as Stalin, Hitler, Mao, Franco, Mussolini, Pol Pot, and Milosevic—while attempting to equate patriotism with loyalty to Trumpism, totalitarianism gains a stronger foothold in America each day. Vladimir Putin loves it; he’s succeeding. Unfortunately, Putin’s success, alongside Trump’s sycophantic love for him, is undermining the oldest constitutional democracy on the planet—America.

As apathy withers away the will, the dangers become more and more apparent each day, particularly as the Republican and Democratic Parties do nothing to stand up to the vacuous, puerile POTUS. They’re in it for themselves too—America’s motto: Me! aMErica!

Trump is a president who chooses not to defend the Constitution nor does he attempt to prevent foreign governments, like Russia, from interfering in our democracy.

In fact, he does everything in his power to enable Russian interests as he becomes a growing national security threat, while ignoring the greatest national security threat we’ve confronted in a long while: Russian subversion of democracy in America. Rest assured, what the Russians have achieved will go down as the biggest and most successful covert operation against the United States in history. And, when it all shakes out, we’ll probably learn that obstruction of justice was nothing compared to the money laundering Trump has done for the Russian regime’s oligarchs and the Russian mafia over the years.

Trump’s assault on the Constitution, which he clearly doesn’t understand and has probably never read, makes it impossible for him to uphold the oath of office. It literally means nothing to him.

The normalization of our ignorance and apathy becomes exceedingly dangerous. Marches and protests are not a revolution—sacrifice is the revolution, and none of us are sure what it is exactly we’re willing to sacrifice if it undermines our own comfort. We don’t want to give up anything in this revolution; we want protests more than we want sacrifice. Someone else will take care of the real work, right?

As Trump continues to distract us with his excessive infantile behavior, insults, and side shows, sadly, we’ll keep watching as the nation slowly corrodes—unless we choose to give up our comforts for real revolution over feel-good resistance.

In addition to mockery, the long enduring struggle for freedom often includes music that lasts far beyond the events that inspired song. If we come around, what music will define our entertainment-driven, self-referential narcissism when we listen to it in the future? It can’t possibly be Justin Timberlake.

Who is singing the music that matters right now? Where’s real rock-n-roll when we need it? Where’s the subversive art? Where are the scathing critiques?

Where’s real revolution when we need it most?

And, where the hell is our 21st Century punk rock (e.g. Sex Pistols) and rap (e.g. Public Enemy), which we need more than ever in these sordid times? F*ck those with the bling who sing.

We need art to share and a soundtrack to listen to when we go to the polls in 2018 to end this sh*t show. Vote everyone out who isn’t sacrificing anything, and then elect those who are. We need more women, more minorities, and more of the people who have been on the front lines of resistance from day one in office by the end of this year. We don’t need military men in civilian roles; and we definitely don’t need more white men in any roles. And, once we have new leadership, we need those leaders to tell us what they want white dudes like me to do to help them succeed.

I’m ready to use my “white male privilege” to go to f*cking battle over freedom and to end white privileged patriarchy, which needs to be lost to the dustbin of history, quickly.

I can assure you that none of us desires for this charade to go so far as to require us to covertly unfurl a sign at a mock beauty pageant, as is shown in the video, begging the world: “Don’t let them kill us” because we’ve been silenced by the state’s guns and bombs that Trump now wants to parade around Washington, D.C. as if he’s the North Korean dictator, Kim Jong Un.