How “Wonderwall” taught me to Love Myself. 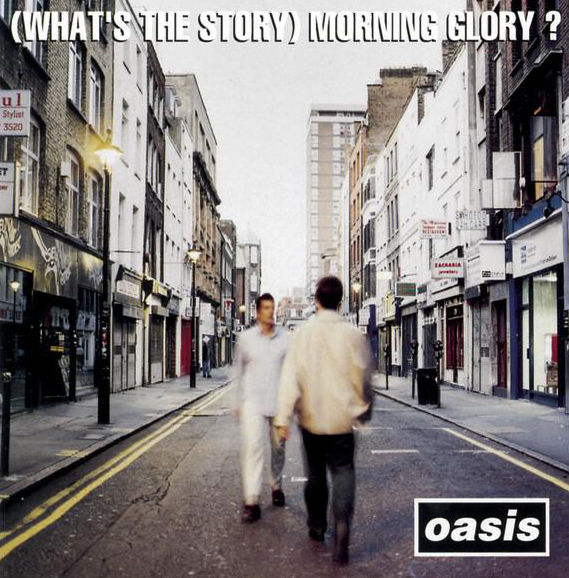 It was a time of heavy emotions, messy hair, clothes that were torn to pieces, and songs created by bleeding hearts. I feel like that time perfectly represented how I felt on the inside, just as equally as it did on the outside. I was in elementary and middle school at that time.

I feel that period was one of the hardest times in my life.

I went from being a dirty, frog hunting little girl who hated baths, into a girl who gave too many f*cks about what other people thought.

It was the pivot when I began to take on the conditioning of my parents—and then society. Both were telling me what to say, what to wear, how to fix my hair, and how to act in accordance to what is “ladylike.” What a massive lie I unconsciously wrapped myself in.

So, to get the pain out, I did one of two things: I wrote a lot of words and listened to a lot of music. The kind of music that made you either want to fall in love so badly, or hate the idea of it intensely.

Thank you mom for introducing me to badass brilliance.

As I started awakening to my true self about seven years ago, and now at 32 years of life, I listen to the words differently. I read between the lines more. I feel the intensity of emotions, and I try and understand the lyrics better. I take from where these artists were mentally and emotionally circa 1995, and I see where they have traveled to now. And most importantly, I don’t internalize their emotions and make them my own.

I listen with awareness and not just because of a catchy rhythm or beat. I listen with an open heart. This is something I was never able to do when I was originally listening to them with my eyes shut. Songs like “Californication” by The Red Hot Chili Peppers now take on a whole new energy. They were “awake” decades ago, and not I nor so many others even understood the depth and knowledge they were revealing.

A few days ago I came across a new, remastered version of “Wonderwall” by Oasis. I love this song because, in so many ways, it soothes my own aching heart right now. The melody and words sink into me. I fell in love with it all over again.

“Wonderwall” was a song written in 1995 by Noel Gallagher of Oasis, and it was widely misinterpreted. Many think this song was about a lover. But in reality, it was about an imaginary friend who was going to come and help save us from ourselves.

Then I began to think about my own growth, path, and realizations from the past four years. And I began to notice how for those of us who feel deeply and intensely, we are constantly searching for something outside of ourselves. Especially the act of loving someone and being loved by someone.

Love. The universal emotion used as inspiration in almost all mediums of art and forms of self-expression. An emotion that we think needs to be acquired, but a vibration that we are actually created by and from. This is the illusion.

It is safe to say that we inherently desire connection, love, and sex—whether that is conscious or subconscious. Whether we are seeking it for growth or to fill voids inside of ourselves.

I began thinking about all the times in which I have focused more on the love outside of myself, rather than loving myself as much as I could first. Then I had that, “Oh, f*ck” moment.

What if all those songs were redirected back to the self? What if we learned at a really young age that every time we wanted to be loved, we had to love ourselves first and become that very desire?

What if we learned no one is going to come save us. Not even an imaginary friend. (Mine was actually a dog named Cacao.)

I love romantic, heartfelt songs that make you tingle inside. But what life experience has taught me now in my self-awakening is that I equally love the feeling of my own fierce, empowering heart, voice, and body. That is the real drug.

What might I have learned if the songs I liked had changed the word you to I:

What if they spoke of themselves as powerfully as the person they loved so much, missed so much, and felt incomplete without?

Obviously, as an artist myself, I know they are writing and singing these songs from their own pain and experiences. This is why there is art, and I am so grateful for their bravery and talent.

But if we could go back centuries and love ourselves better, then the world might be so much more evolved than where we are now.

If we could do a better job of letting go of our stories, we would be free.

If we knew that self-healing, shadow work, and the inner journey was the most important journey we could take, we could be free of our suffering. I have learned that a definite truth is that when your inner world changes, your outer world has no choice but to change with it.

And this can be scary as hell, but it is worth it.

It feels easier telling the same sad story over and over again, but it’s not.

Let us all become our own damn “Wonderwall” and receive the love we seek from others by falling in love with ourselves first.

What if we redirected the words in “Wonderwall” to ourselves? 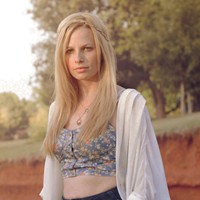