3 Limiting Beliefs that Keep Us from Writing—& how to Beat Them.

If you asked every person on Earth to fill out a bucket list of things they’d like to do before they die, one item would ring out on almost every list:

One survey found that as many as 81 percent of Americans firmly believe they have a book in them.

It’s not just books either. We all have experienced the urge to write an essay or poem about something that moves us. We’ve all considered writing a letter to the editor about an issue we care deeply for.

Over my career, I’ve worked with 100+ authors, and I’ve found that all of us—myself (especially!) included—are held back from writing by the same limiting beliefs.

We question our own quality, the openness of the world around us, and the “worthwhileness” of our stories. We convince ourselves that we aren’t capable, that our ideas aren’t good enough, that the world will mock us.

The reality is this: writing is one of the most powerful ways to change ourselves and the world around us—and it is something nearly everyone can learn to do well.

These limiting beliefs are toxic, and so below, we are going to break down how to push past each one.

A piece of writing is like a baby. There is a necessary gestation period—you don’t want to deliver that thing two weeks after conception. But at a certain point, it’s time to give birth.

We experience this belief because we are uncomfortable with how uncertain the writing process is—which totally makes sense.

If we were giving a speech, we wouldn’t step up to the microphone until that speech was written, rehearsed, and we were (almost) completely certain of how things would go.

For first-time authors, sharing your writing feels emotionally similar to delivering a speech. We’re putting ourselves out there to a huge audience, and we want to feel confident that it will go well.

Writing, however, doesn’t work that way.

Books, as an example, are long, and the process of writing one requires us to make a daily commitment over several months, sometimes even years. We may begin writing each day with a goal in mind—create a plot arc, or flesh out a key idea—but we are never going to sit down to write and be absolutely certain of what the next 10 pages will look like.

Essays and articles, while much shorter than books, are also rarely ready to publish after a single writing session. You begin with a deep conviction or feeling, and explore it through writing. Each time you come back to write more, you discover something new.

The secret is to take joy in this exploration, and resist the urge to be stressed by the uncertainty. World-class writing happens when we let ourselves be surprised.

2. “I’m not a good enough writer to do this idea justice.”

Every author at some point experiences this doubt, and anyone who has ever given up on a piece of writing has said something along these lines. This belief boils down to one thing: a crisis of confidence.

Confidence as a writer—or as any creative, for that matter—is a tricky thing.

David Kelley writes a lot about a concept called “creative confidence.” Basically, it is the idea that most of us are afraid to do something that we aren’t sure we’ll be good at.

With creative work, this is especially toxic, because there is always a point on any creative project—a book, an article, or hell, a haiku—where we’ve invested a lot of time and energy, but the final product has yet to take the form we’d like it to have.

Without creative confidence, we think, “Oh God, I’ve put all this time into this? I must be horrible.”

The reality is, every masterpiece has an awkward adolescence, where no one but the artist (or the parent, to continue the baby metaphor) can see how great the final product will be.

We can instill creative confidence by celebrating small victories—even the ones only we can see. Great sentences and phrases, or super productive stretches where we tear through 20 pages in one sitting, should all be considered wins.

Take joy in them, and keep faith in the finished product. It might take 10 rounds of editing, but it will get there.

Note: This is specifically for people who can write, but don’t think they’re good enough to write well. If you actually can’t do the basic act of writing, there are marketplaces where you can hire a ghostwriter worry-free.

This is by far the hardest belief to navigate.

There are people in the world who are literally killed for what they write, and while their bravery is inspiring, it is far from my place to tell someone to do something that could actually hurt them.

So, let’s throw this caveat in here: if circumstances in your life are such that your writing could actually get you hurt, this advice is not for you.

If, however, you’re like so many of us who are struggling with less dire, but still legitimate, fears (you’re afraid of what your parents will think, for example) this advice is for you:

I’ve personally struggled with this in writing about survivorship and my own experiences with sexual abuse, and this was the first step I took: I shared my story with one person.

It wasn’t even dramatic. I didn’t tell them, “Let’s get drinks and I’ll tell you about my childhood.” I waited for it to come up naturally in a conversation, and I made the decision, “I’m going to tell this person, right now.”

Later, I spoke about it a little more publicly. I mentioned it in a group discussion among my friends.

Shortly thereafter, I was giving a reading, and I read a piece I’d never felt brave enough to publish about my experiences, to a room full of people I didn’t know.

A month later, I published the piece in a magazine, and after that, it was public knowledge. I no longer could feel afraid of sharing my story in a book, in an interview, or via skywriting.

And it felt amazing.

You might not be ready to share your story with the world, but you’d be amazed how ready the world is to read it. 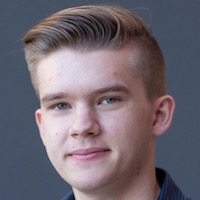