3 Traps that prevent us from Releasing Pain.

“People are terrified of facing themselves. They dread even a moment of aloneness.” ~ David Hawkins
~

How many of us during times of strife attempt to muscle through with “I’m okay,” or, “This too shall pass,” or, “What will be will be”?

Our sense of compassion for ourselves is drowned out by the need to keep our chin up and move forward. Or we revert to the blame game and find fault with everybody else (meaning the people who hurt us) to placate ourselves with the armor of “I deserve better.”

I have had the opportunity a few times in the past couple years to find myself in this position and what I learned is that sometimes we need to just cuddle up to our discomfort and then let it go.

Oftentimes when experiencing difficult emotions, we push them down and try our best to put them aside either consciously or unconsciously. Because we don’t want to be bothered with these feelings, we deny that they even exist. The suppression then leads to mood swings, body pain, illness, and general irritability.

Normally, we suppress or repress emotions because there is some guilt or fear tied to those emotions. By denying these emotions, we create bigger emotional blocks that begin to affect us in other areas of our life and soon we are projecting those emotions out into the world. We all know or have been the person that constantly blames others for the wrongs in their world.

When we are expressing negative emotions, we are dumping all of our negativity on other people. This can be in the form of toxic venting where we dump on others emotionally, leaving them feeling attacked and avoiding our company; or because we allow so much inner pressure to build around the denied emotions, we explode on others without the least provocation.

Most people believe that escape means overindulging in alcohol, drug use, or any other negative, excessive behavior, but escape can come in forms that are not immediately recognizable as harmful, such as being a workaholic, constantly reading books, watching movies, or even incessant volunteerism.

The point is that when we engage in any of these behaviors, we are attempting to remain unconscious to our underlying emotions. By denying our feelings and remaining constantly engaged, we are denying ourselves the opportunity to engage in ways that can be spiritually and creatively rewarding.

In all of the above examples, instead of facing ourselves and our emotions, we are only enhancing and multiplying negative feelings. What if we were to just lean in and explore?

Recently, I went through a rather unexpected breakup. My first response was, “What the hell,” quickly followed by, “What is wrong with me,” and wrapped up in a bow of, “No one will ever want me.”

I felt anger, confusion, sadness, and, ashamedly, the need to get revenge. My friends and family all agreed I was better off, that he was damaged, and that I had dodged a bullet, but what none of this offered was any sort of relief from the myriad emotions I was feeling. Once the initial shock wore off, I realized that if I was going to flourish and grow in the aftermath, I was going to need to not only let these emotions go but figure out where they were coming from in the first place.

The first thing I had to admit to myself was that I had developed a plan for how our relationship would play out and was attached to that plan without realizing that my partner was not on board. This made me feel stupid and lied to. I accepted the fact that we cannot control others and then leaned in and forgave myself for not being more aware. After letting go of the anger and resentment, I sent him honest and heartfelt mental messages of gratitude and the wish that he finds what he is looking for.

Next, I examined my fear of being alone and tried to figure out what that stemmed from. The more I dug down into that fear the more I realized that my fear wasn’t about being alone, but more about poor choices. I had walked into this relationship—and others prior to this—knowing there were issues and thinking that love could fix them all.

What I had to acknowledge is that we can only fix ourselves and control what is between our ears. I had to let go of my habit of fixing and started sending mental messages of love to those that I felt had taken advantage of me in the past. I also let go of my need to inflate my value by creating attachments in the hopes of becoming indispensable.

Last, I had to think about how I would move forward without the pain of past relationships. I had to accept the fact that I wanted to be loved, and I’d often gone about getting love by giving, giving, giving with the expectation of getting in return. I had to let go of my barter and trade mentality and learn to give without any thought of return. I can give only if I give unconditionally, and I can only give unconditionally if I am love.

When we let go of base emotions, we allow ourselves to use that energy for more positive endeavors. The more negativity we release, the more positivity we attract. Try it!

The next time you feel a strong emotion about something acknowledge it, dig down into it—because that initial feeling is most likely not the root cause—and then release it. You are love, and the more love you send out into the world, the more love you receive in return. 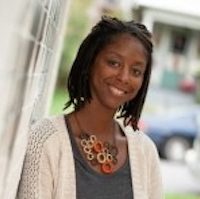