5 Healthy Foods that can Help you Replace Sugar. 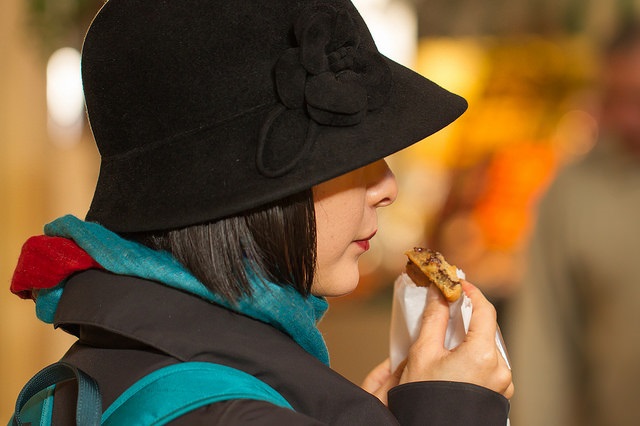 There’s simply no working around it: sugar is bad for us.

And more and more foods nowadays contain it in considerable amounts. Even those that shouldn’t, such as plain white bread, have unreasonably high added sugar contents. This makes clean living almost impossible in this day and age.

Therefore, it’s not surprising that most healthy meal plans rule out the stuff entirely. For example, something like the Cruise Control food list emphasizes the consumption of organic ingredients only, thus ruling out sugary, processed foods altogether. Here are five alternatives to try when on a diet, or just to live a better life overall.


It’s no secret that honey has plenty of amazing health benefits. It’s rich in antioxidants that boost the immune system and reduce cancer risk, and it can also help prevent diabetes. Furthermore, it promotes an adequate sleep cycle, while being a natural source of raw energy at the same time.

Thus, it’s more than a sweetener. Honey is a food in its own right, with a high amino acid content that nourishes the body and adds a hint of syrupy goodness in the process. It can be used instead of sugar in oatmeal, tea, or a tasty breakfast smoothie, but sparingly. Going overboard is never a good idea.

And the best thing about it is that it’s versatile. We can even use it while baking. What we need to do above all else is make sure that it’s raw and preferably locally-produced. By using processed, store-bought honey, we won’t get any of the benefits of having replaced sugar with a healthy alternative because it won’t be a truly healthy one after all.

Extracted from the leaves of the South American Stevia rebaudiana bush, stevia is perhaps one of the healthiest sweeteners we can possibly use. It might not be as rich and satisfying as honey, but according to several studies, stevia has zero calories and isn’t associated with weight gain in any way.

Furthermore, there are no known adverse reactions to its usage in our human diet. In fact, if anything, stevia lowers blood pressure by as much as 14 percent and helps fight diabetes by diminishing blood sugar and insulin levels. So, not only is stevia a good option when we’re on a diet, but it also maintains our health overall.

Two compounds are extracted from it and labeled as “stevia” in stores, namely stevioside and rebaudioside A, or reb A for short. These are available in various quantities and combinations in supermarkets, in both powder and liquid form. Therefore, when looking for something both tasty and good for us in every way, stevia needs to be our top pick.

It’s obvious why fruit, both dried and fresh, have the potential to be amazing natural and health-boosting sweeteners. The ones that stand out the most are certainly raisins, apricots, and pineapple. But by far the most nutritious choice is represented by dates. Full of vitamins, minerals, fiber, and potassium these Middle Eastern-native treats are a true delight.

Not only do they help lower cholesterol, but they also fight constipation and give the body a much-needed energy boost. Needless to say, they have the most benefit when they are dried. Although they still technically contain sugar, their other compounds help its healthy absorption and digestion, which make dates a viable alternative.

The best way to use them is in baking. Just imagine how syrupy a pie containing them would be. They are also a hearty smoothie ingredient. The best recipe we found for one simply involves throwing in a couple of peaches and some dates in a blender together with some cashew butter. The end result will be both filling and delicious.

Although many of us tend to use maple syrup, molasses is an even better choice. Made from sugar cane or beet juice reduction, this thick, gooey substance has more antioxidants than honey and maple syrup put together, according to research. It is still a form of sugar, but it’s not as bad as the stuff we usually find at the local grocery store.

In fact, it’s a lot better for our wellness. Blackstrap molasses is rich in iron, potassium, and calcium. These core nutrients are essential for the overall well-being of the human body, and they promote bone and heart health particularly well. While it still contains sugar like other items on this list, it makes for a better alternative thanks to its many other benefits.

Although its name might not sound particularly appetizing or health-promoting, erythritol is actually an organic alcohol sugar. It is similar to xylitol, but with even fewer calories, which makes it another diet-friendly alternative. In fact, it has as little as .24 per gram, which is just six percent of what we can find in regular sugar. And yet, somehow it tastes the same.

Because our bodies don’t possess enzymes to break down erythritol in any way, it’s absorbed directly into the blood in its initial state and excreted through urine later in the day. Thus, it does nothing to raise blood sugar, insulin, cholesterol, or triglyceride levels.

The only disadvantage of using erythritol as a sweetener is that it won’t activate our brain’s satiety signals, which can lead to overeating. Therefore, the whole thing might end up being incredibly counterproductive. But with a little dedication and a lot of self-control, this alternative is quite an incredible one.

Replacing sugar for good isn’t beneficial only when we’re on a diet, but for a healthier life in general. Using any of these alternatives will give us an incredible nutrient boost to energize us throughout the day, while at the same time regulating bodily functions and keeping blood sugar and cholesterol under control.

Therefore, it’s never too late for us to start on the way toward better living. And quitting store-bought sugar, as well as processed foods that contain it rather unnecessarily, is an important first step. 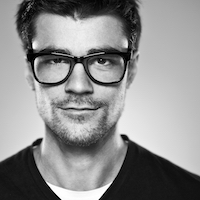