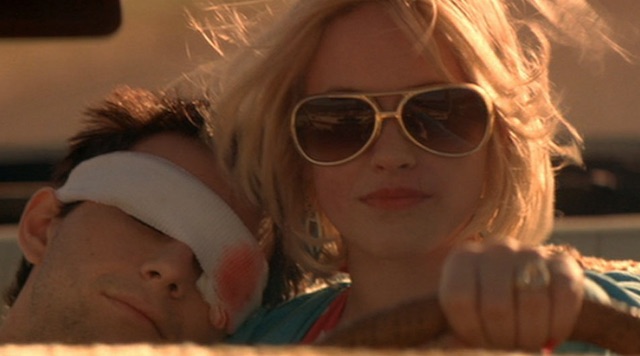 I can honestly say, without too much embarrassment, I have always had a knack for choosing the wrong lover.

That doesn’t sound too earth shattering at first glance. However, when you add that insult to the injurious practice of worming my way out of the two or three situations that would’ve been good for me, it becomes more significant.

I was on Facebook yesterday when a photo popped up of a woman who I almost followed to death’s door. Nearly a decade has passed since that treacherous time of my life, but looking at that face brought me right back to those emotions as if it were yesterday.

It is fairly common for us to be so lost in the sexual chemistry of another person that we fail to see, or even shield our eyes from, some obvious dangers. The pattern generally begins with the euphoria we feel from the sexual connection masking the fact that we are careening toward a cliff. And once the fog clears, and we start to realize our inevitable demise, we sleep with them again and a fresh cloud of fog settles on us like a two-ton weight.

For me, this kept happening for the better part of a year and, although I am still not sure where I found the courage to rip myself away from this self-destructive affair, I am grateful I finally did. The take-away for me when it was all over was this priceless information: what feels like it will kill us initially, with enough time, feels less and less debilitating.

Going through my old journals, I have been able to discern five telltale signs that I needed to get on my bike and go:

You feel yourself losing your identity.

I will never forget the day we were driving down to the Bronx in her 20-year-old Nissan. As it is said in polite company, we were “up to no good.” There was plenty of time during that 90-minute ride to keep reminding myself that I was becoming a nameless appendage. I practically gave up being Billy for the privilege of being her boyfriend. It was a nauseating development and I did not like it at all. There’s no real trick to figuring out if this is happening with you. If you walk around all day vacillating between that freshly kicked in the stomach feeling and all out nausea, you might be onto something.

You have lost the overall feeling of well-being.

Or more accurately, traded it for the rush and excitement of sexual gratification that swings from artificial highs to unbearable lows. Granted this will give you an exhilarating feeling, but so will jumping out an eight-storey window. At least when you jump out the window it’ll probably be over quickly. Choosing a healthy feeling of well-being over the insanity of a bad relationship may initially smack of boredom—but sometimes boring is okay. Especially if you are also buying yourself 25 more years of life expectancy, or sparing yourself from domestic violence, or the insane drama of being involved with a crazy person.

You find yourself making pros and cons lists.

If you notice you are spending way too much time trying to make a mathematical problem or creating inventive statistical analysis regarding the viability of the relationship, it’s usually a good indication that you should make an escape plan. Just to bring you up to speed, things people in healthy relationships think about are: dinner plans, the documentary you both watched cuddled up together last night, or how nice it would be to someday live together. In contrast, if you are wondering if they went home alone from the bar last night and ruminating about the other possibilities, consider yourself in a bad relationship.

The one powerful thing your friends have over you when it comes to these things is distance. They don’t have a sexual stake in the matter so they, unlike yourself, can really see things for what they are. I remember in the situation I spoke about earlier, my friends were scared for my life. This was no exaggeration. This woman I was involved with was as toxic as she was beautiful, and it is only through divine intervention that I made it out alive. If it’s one friend on one occasion, yes, they may have ulterior motives or a personality issue with your mate. When it’s more than one of your friends, you better start paying attention.

You are reading this article.

Face it: if you saw the title of this article and reached for your mouse like Matt Dillon from “Gunsmoke,” you might not be with the right partner. Chances are, if you are even questioning the possibility, it’s not a good sign. Be honest with yourself. Nobody enjoys being alone and the prospect of looking for another partner can seem even worse still, but life is too short. It may not seem this way when you are anchored to a cubicle watching 3:02 p.m. crawl over to 3:03 p.m., but don’t let that fool you. It goes by fast, so love yourself and don’t waste time with the wrong person.

Most of what I have described here can be figured out quite readily by going with that gut feeling we all get when we are with the wrong person. I know, in my own case, every fiber of my being—with the notable exception of my libido—was telling me to run for my life. My libido, on the other hand, was telling me to ride it out until I was dead.

Luckily, I did the right thing before anything serious happened. Some people are not as fortunate. I can say with sincerity that as soon as I found the courage to escape, something 10 times better was waiting for me up ahead. It almost always is.

Bonus: The One Buddhist Red Flag to Look out For.