5 Tools to Help you Push Through when you Feel like Quitting. 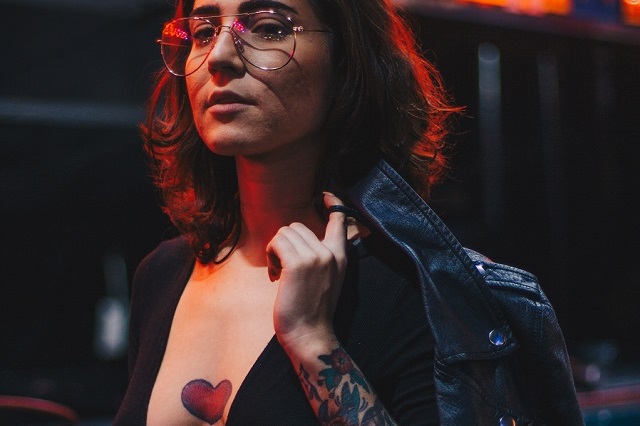 When something gets really hard—do you quit?

Do you convince yourself you don’t want it that badly anyway? Or, do you push through it and eventually celebrate the growth and success of what you’ve accomplished?

My parents raised us to work hard. To not be quitters. If we started a sport, we were going to finish out the season, whether we liked it or not. When my sister joined a sorority in college that she hated, my mother forced her to stick it out until the end of the semester.

This “push through it” mantra has been so instilled in me since childhood, that I found myself upset at my eight-year-old recently when he wanted to give up on his homework because it was difficult.

“You don’t ever quit,” I barked at him. “We’re not quitters in this family. Keep trying until you get it. Because trust me…you’ll get it, baby.”

Ten minutes later he shouted excitedly from his bedroom, “Mommy…I did it! I beat the teacher!” He was so proud of himself. Not so much because he got it—but because he didn’t give up.

That’s exactly what we do.

When something sucks, or becomes difficult, many people fold. When we can’t lose the weight, we quit, and then put on some more. When we can’t stop smoking, we stop trying. When we can’t get ahead financially, we just spend more money. And, when it seems like nobody is paying attention to what we’re offering in the way of our business, we convince ourselves that we aren’t good enough, and close shop.

That’s the problem. We give up before the magic happens.

Both men and women tend to value the relationships they have to work harder for. Let’s face it; we don’t have the same appreciation for the ones who were easy for us to get. The girl who played hard to get, the one you had to jump through hoops for, pursue for months on end, and put more work and thought into than your Fantasy Football League—that victory was sweeter.

Women are known for pursuing men who give us a run for our money. The relationship seems worth having a helluva lot more when we have to work like a dog for it, and fork over some serious blood, sweat, and tears to get it. This isn’t necessarily the easiest path, but if we’re willing to work so hard for a relationship, shouldn’t we be willing to push just as hard to accomplish our dreams?

If we want it so badly, these are the things we need to tell ourselves when the going gets tough and we feel like quitting:

Discomfort means you’re on the right track. Are your legs screaming when you do those squats? Do you feel like you might have a heart attack on that treadmill as you close in on mile four? Good! That means it’s working. We don’t change until we push ourselves well outside our comfort zone.

Consistency is key. Whether it’s sticking to a budget, eating healthily and working out, marketing ourselves on social media, or practicing a skill we want to become good at, doing it consistently (without starting and stopping) is what produces results. There’s no way you’re not going get out of debt, become stronger, or become a better graphic designer or cook when you’re not putting in the daily effort.

Setbacks are an opportunity to re-evalute, not quit. We all have setbacks. At some point you’re going to have one too. That doesn’t mean we quit. It means we pause, take a reprieve, and see where we can tweak and do things a little differently. Regroup. Restrategize. Switch your focus to something else and then come back to it when you’re feeling refreshed. But don’t use it as an excuse to give up. Setbacks are just the Universe’s way of forcing us to put on the brakes so we can be redirected toward another way to accomplish what we’re after.

Focus on what you’re doing right. I have a friend who has tried to quit smoking a zillion times. He still smokes but he’s had long periods of time where he’s been able to stop. Rather than beating himself up when he gives in to the temptation to smoke again, he acknowledges how long he was able to make it “this time ’round” without a cigarette. And, because he does this, he’s able to plow forward toward his goal of giving up completely. He doesn’t beat himself up and stay stuck in the “failure” of giving in when he feels weak. He keeps the focus on how much further he gets each time he chooses to quit again. Just a few days the first time he tried to quit turned into a month. The next time he tried he held out for three months. You have to focus on the small accomplishments on your road there, not that you haven’t made it all the way to the finish line.

If I quit now how will I feel about myself? You know that feeling you get when you finally hit a goal you’ve failed to hit in the past? Maybe you finally hit that three mile mark after stopping every time you ran two. Maybe you finally got promoted after years of actually doing the job without the title or compensation. It feels ah-mazing and usually we’re in awe of ourselves for having actually stuck it out.

That’s not quitting before the magic happens. If we quit, yet again, just because it got hard and we aren’t seeing results, then we create a story that “we’re just not meant to have it,” or “we’re not good enough,” or “becoming a successful entrepreneur is for other people, not someone like me.”

The difference between those people and you is those people keep going even when they aren’t seeing tangible results. They push through even when it gets uncomfortable and they’re struggling. They’re consistent. They don’t give up. They won’t allow a setback to derail them from their goals.

The only way to achieve something is to push through until we get there.

“Nothing in the world is worth having or worth doing unless it means effort, pain, difficulty…I have never in my life envied a human being who led an easy life. I have envied a great many people who led difficult lives and led them well.” ~ Theodore Roosevelt