Amazing Quotes on Feminism that will Expand your Consciousness. 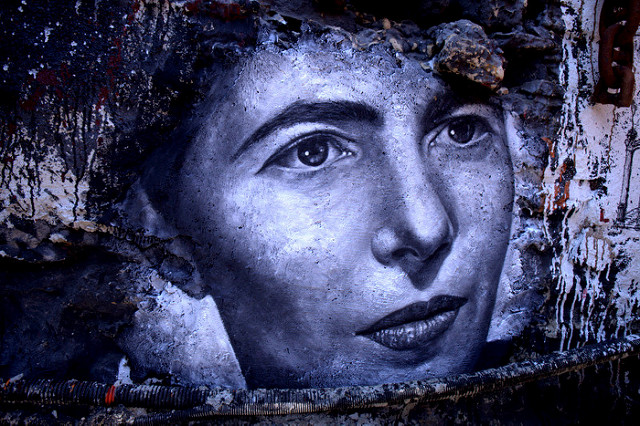 I think feminism is really just about not being an asshole.

I’ve grown up around women. My upbringing was quite feminine in many ways. I rebelled against it by getting into sports, and then later by getting into drugs. I wanted to establish my identity and affirm my masculinity. I never really thought about the dynamic between men and women; I was too busy dealing with my own existential angst for most of my life.

It wasn’t until I was a bit older—after having more intensely intimate relationships with women—that I really thought about feminism and gender relations. I realized that sexism is not always obvious, and that I had probably harmed or marginalized women in subtle ways I’d never really noticed before. Maybe I just assumed that because I had a female-influenced childhood and was relatively kind to women, I couldn’t possibly contribute to systemic sexism—but I was wrong.

In 1949, Simone de Beauvoir wrote one of the most important books on feminism, The Second Sex, which shed light on many of the underlying misconceptions perpetuating female oppression. I took it upon myself to read the book after having a falling out with a former friend and lover, with some of these subtle misconceptions possibly being the source of the problem. I’m a born contrarian, so I wanted to find out for myself.

Here are some of the most powerful and compelling quotes from the book that cut to the heart of authentic feminism and its fundamental ideas:

“Of all these myths, none is more firmly anchored in masculine hearts than that of the feminine ‘mystery.’ It has numerous advantages. And first of all, it permits and easy explanation of all that appears inexplicable; the man who ‘does not understand’ a woman is happy to substitute an objective resistance for a subjective deficiency of mind; instead of admitting his ignorance, he perceives the presence of a ‘mystery’ outside himself: an alibi, indeed, that flatters laziness and vanity at once.”

There’s this age-old idea of women being a kind of mystery, with their wild and luscious hair, the sensual curviness of their body, and their strange and miraculous capacity to create life; all of this gives way to needless fantasy and drama.

We have the propensity to use this supposed “mystery”—which is an idea that’s been passed down since even before the beginning of agriculture—to compensate for our inability to recognize women as their own individuals and make up for our incapacity to communicate with them.

If we make someone into a “mystery,” we in turn make them into the “other.” We can’t possibly see the ways in which we are the same, which is how we identify and connect with other people. When we fall prey to this fallacy of women being a mystery or different from ourselves in some fundamental way, we are taking part in a peculiar and subtle form of dehumanization.

We can’t relate to someone who is a mystery to us, by definition.

“There is nothing mythical in the experience that reveals the voluptuous qualities of feminine flesh, and it is not an excursion into myth if one attempts to describe them through comparisons with flowers or pebbles. But to say that Woman is Flesh, to say that Flesh is Night and Death, or that it is the splendor of the Cosmos, is to abandon terrestrial truth and soar into an empty sky. For man also is flesh for woman; and woman is not merely a carnal object; and the flesh is clothed in special significance for each person and in each experience. And likewise, it is quite true that to the species than is the male, her animality is more manifest; but in her as in him the given traits are taken on through the fact of existence, she belongs also to the human realm. To assimilate her to Nature is simply to act from prejudice.”

Woman is closer to her animal nature, because she is biologically rooted in the species in a more direct manner than man (reproduction). We tend to associate women with nature because of this, which (when taken to its extreme) becomes another way of making a woman into the “other.” We can become so mystified by women, out of our own insecurity—comparing them with something natural, like the bright sky or some picturesque scenery—that we make it impossible to have a direct and personal relationship with them.

If we can’t have a personal relationship with someone, how can we really see them as a person?

When we say that “woman is nature,” even if we mean it in a positive way, we imply that she is separate from ourselves in some abstract way. Although it may be intended as a compliment, to say that women are closer to nature and above us in some way, what that really means is that we can’t relate to them. We make her into an abstraction—something impersonal and “other”—to be used for our own deluded reasons and objectified at our own discretion.

“To recognize in woman a human being is not to impoverish man’s experience: this would lose none of its diversity, its richness, or its intensity if it were to occur between two subjectivities. To discard the myths is not to destroy all dramatic relation between the sexes, it is not to deny the significance authentically revealed to man through feminine reality; it is not to do away with poetry, love, adventure, happiness, dreaming. It is simply to ask that behavior, sentiment, passion be founded upon truth.”

The danger of these misconceptions—associating women with nature, seeing woman as a mystery—doesn’t necessarily mean we have to completely rid ourselves of romantic passion. That’s nonsense. These ideas only really become dangerous when our relationship with women is no longer grounded in truth.

To me, the essence of feminism is really about treating people fairly and behaving like an adult. This phenomenon of oppression and marginalization, looking at a person as the “other,” is by no means something strictly reserved for women. Most of us marginalize people every day, in some form or another, because we don’t have time to acknowledge the intrinsic individuality of every person we come across. There are some forms of oppression that run so deep that we don’t see them (for example, women or African Americans), and this is where a problem becomes systemic.

I don’t think this is a complicated problem. Treat people like you’d want to be treated. See other people as just “you, living a different life.” Let’s take a moment from our day to consider the experience of someone who is struggling. Don’t demonize or romanticize people too much. Base your judgements of people on truth—how they actually are and what actions they take—instead of creating a false narrative to justify our own inadequacies.

I let my desire and my need for love turn an old friend into the “other,” and that’s why I read The Second Sex. We live and we learn. I’m glad that my mistake led to a deeper inquiry into authentic feminism, because this understanding will surely stay with me for the rest of my life and prevent future mistakes that could hurt people that I care for.

10 Things Feminism Is and Isn’t.

Bonus: “Time’s up to make women’s equality a reality. Here’s a way to help those most in need—now.”