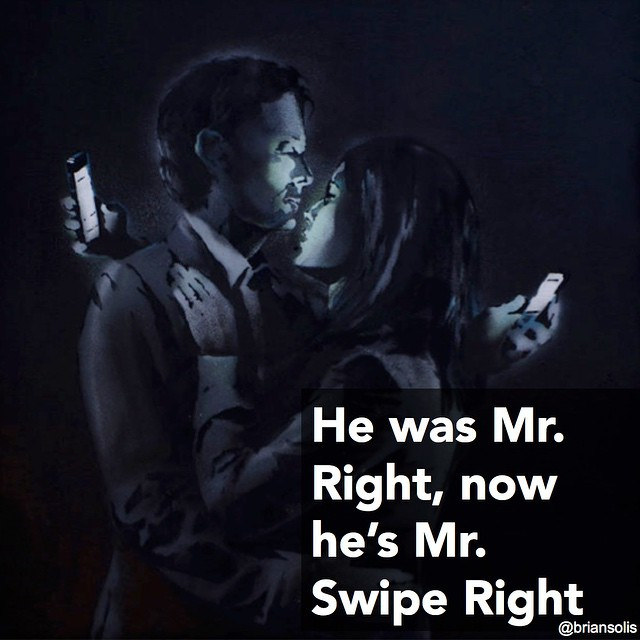 It’s funny how the strange things we go through as we’re growing up and learning how to relate to others, can inform our decisions 30 years later.

When I was 12 years old, my family moved back to Long Island after a failed attempt at “making a go of it” in West Palm Beach. It wasn’t too long before I met a lot of kids my own age and began dating this cute redhead who lived down the road.

Now we were 12, so when I say “date,” I mean we French kissed and held hands as we walked to get Carvel ice-cream every night. It was innocent and cute and, more importantly, it was normal.

That all changed one night when I was outside smoking cigarettes quite a bit later than I should’ve been, and this older, more physically developed and dangerous girl made a pass at me.

I can remember that kiss vividly because I became enveloped in so many contradictory emotions afterward. I was overwhelmed in the most literal sense of the word. It was a weird mix of excitement, guilt, and fear. When I expressed my immediate pangs of regret, the older girl snapped the enormous piece of Bubble Yum she had in her mouth and said, rather than asked, “What’s the big deal?”

I really tried on that attitude with the earnestness of a pauper trying on a second-hand suit—and it fit me just as poorly.

The big deal, I thought to myself, was that if my red headed girlfriend had done this, I would’ve been destroyed.

I did the only honorable thing I could think of and that was to break up with her first thing in the morning, and began my new life walking to Carvel with the 14-year-old minx. It was a lovely two or three days and it was the beginning of my sexual awakening. But it was over as fast as it started.

Later in the week, at the rollerskating rink, karma made sure I experienced exactly what I put the little red-haired girl through. It was a hard lesson to learn; albeit an important one.

When you impose wickedness on others, you will be visited by the same wickedness yourself. The universe was not playing around when it came up with an effective way to teach me this. Unfortunately, this puts me in a strange predicament today—especially when it comes to dating website etiquette.

Many of my friends who are looking for love on the internet believe that “playing the field” is the only healthy way to go about it. One simply cannot pick out one person to start dating and believe they are going to live happily ever after. That’s pure fantasy. The right way to go about it, I’ve been told, is to date a few different women until it becomes obvious who the right choice should be. Then, when you feel strongly about one person, you can begin discussing monogamy.

Not only that, but when you put all your eggs in one basket, it has a tendency to scare off a prospective match. You just seem far too invested too early on—and that can be downright spooky. The one place where having a couple of options helped me the most was when I was fielding what primarily amounted to objections from potential dates.

Instead of trying to overcome every objection, I was comfortable enough to adopt the lighter c’est la vie attitude and that made me come off a lot less desperate. Here are a few tips to playing the field the right way:

Careful with the texting.

These days, with electronic communication, we could go out for one date with someone and feel as though we are exclusive with them three days later. Incessant texting is really to blame. I had this happen with a woman who put the brakes on me after she found out I didn’t drink alcohol.

When I expressed my dissatisfaction with having wasted my time, she reminded me that we had only been texting for three days. It felt as though we started dating before we ever went out. Nothing builds empathy better than having experienced a thing firsthand. Be sparing with the thumbs at first. It can be deceptive.

Giving the impression that you are practicing monogamy and still dating other people is what is commonly referred to as “lying by omission.” This is just as foul as lying by commission, and might actually be more annoying to your partners when you are caught out.

Besides, when you are out eating dinner with a perfect stranger, the conversation tends to lull every so often. This will give both of you a chance to discuss your attitudes on many different areas that you should learn about the person. It’s a win/win.

Do not wait until after you sleep with someone.

There are definitely people who use these websites as a resource for “hook-ups.” If this is you—first of all, God bless; and secondly—I’m not directing this at you. For those of us who are just looking for a regular—seemingly monogamous—relationship, it is advisable to lay it out on the table before you lay it out on the bed.

You’ll be inviting a lot less drama in the long run. There’s this old expression that is still true all these years later: when two people lay down together, one is going to get up with feelings. Playing dumb is no excuse and shows a total lack of compassion for the other person.

All in all, it is really a matter of how you move through life that dictates whether you are just “playing the field” or indulging in “glustony.” The variables of the situation can look exactly the same but if you can learn to be above board and loving, it can be done with feelings being less hurt.

Again, when you impose wickedness on others, you are undoubtedly inviting wickedness upon yourself. It’s just not worth it.