Expect to Relapse Before Letting Go. 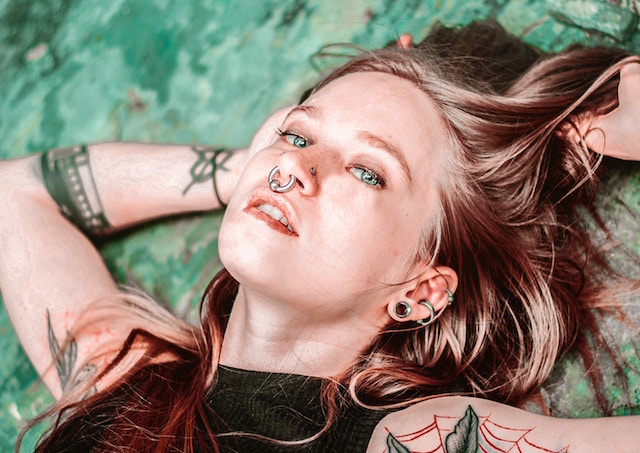 It happens every time.

When I’m so close to letting go, and I’ve actively started moving on, then it hits me!

A full-scale relapse—complete with soggy tissues, sleepless nights, and a trip down memory lane. I should expect this by now. After all, I’ve moved on enough. I’ve endured relocations, breakups, and even a divorce.

Letting go ought to be second nature by now. But it’s not. In fact, with all the letting go I’ve done, I find that I am more likely to hold on even harder.

Not just to relationships—I even hold on to possessions, forming attachments to things that should have none. I’m not a hoarder, not of anything other than emotions, but I do tend to be a packrat.

Recently, I’ve begun changing my ways when it comes to holding on so tightly to possessions. I’ll never excel at minimalism, but I’ve embraced the concept of Hygge and have come to realize that it’s tough to have a cozy space with clutter. Even though it’s counter intuitive for me, I’ve begun to slowly let go of the attachments to things that I no longer need.

Why don’t I do this with people?

The truth is that while I’ve been letting go of material possessions, I’ve been practicing letting go of emotional attachments to people who are no longer in my life. Following the advice of a friend, I’ve been using a “cutting cords” meditation to release those energetic attachments. I’ve been working on forgiveness and listening to Alanis Morissette’s “This Grudge” on repeat to help ease me into it.

But I’ve found that the closer I get to actually letting go, the more I try to hold on. I can feel myself doing the emotional equivalent of digging in my heels—anything to stop myself from finally letting go.

We can expect relapses to happen right before we’re finally able to let go. It’s almost as if our spirits sense that we’re about to finally release that tie, and we try to hold on one last time. While I can’t speak for anyone else, I feel like I rarely have a sense of complete closure at the end of any relationship because I don’t cope well with endings. When things end badly, it’s even more difficult. The writer in me wants to go back and rewrite the story, giving it an ending I can live with. The realist in me knows that there is no rewriting the truth. There’s no way to control what other people do; we can only decide what we’re willing to live with and what we’re not. When we’ve decided that a relationship has run its course, or simply derailed in a way that we can do nothing about, all that’s left is to pick up the pieces of our lives and move on.

It’s not easy. And it’s also not typically a linear transition. Expecting relapses should be a part of the process.

Most of us hold ourselves to an impossible standard. Relapsing when we’ve nearly let go can feel like a major setback instead of what it is: a natural progression in the course of letting go.

Experiencing feelings of wanting to hold on isn’t what’s important here. What’s important is that we don’t stay in this state. We do have to go through the experience, but we have to allow ourselves to move out of it. Spend a few days, or even weeks, replaying the memories. Sit with those feelings of love and loss.

We need to allow ourselves to move beyond this. It’s all too easy to get stuck. I could spend whole lifetimes inside of daydreams and what-might-have-been fantasies. But at a certain point, we have to retrain our brains not to linger there. We have to push forward because this is how we grow. We can take the lessons, keep the memories, and still move on from those experiences or relationships.

Instead of beating ourselves up for experiencing one last trip down memory lane, we should realize that doing this means that we’re about to let go. Maybe instead of feeling guilt or shame, we should be feeling relief that we’re almost to the other side. Soon, we won’t get lost in imagining another ending. Soon, we’ll be able to live our lives knowing that this particular chapter is over. There are so many beautiful chapters ahead if we would just turn the page.

But we’re probably not ready, just yet, to turn the page. Maybe we want to read the story from the beginning, just one more time. That’s okay. Do that. We can do that again, practicing compassion for ourselves for needing to, and then we can see what’s ahead.