I’m Not the Pinterest Mom I thought I’d Be. 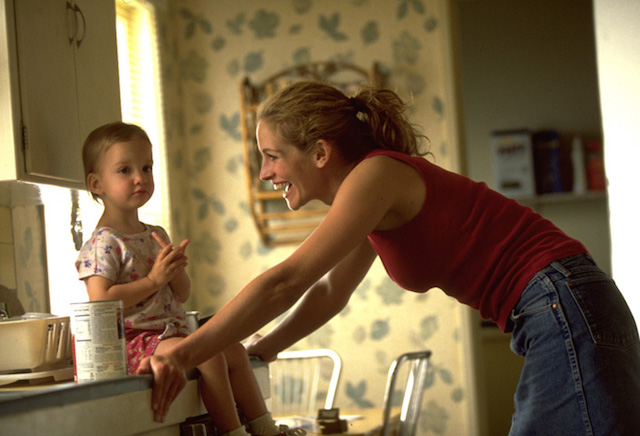 I really thought I would be that Pinterest mom.

For a short while, I was. When my daughter was little, I pinned ideas to my Pinterest boards, researched crafts, and meticulously planned little lessons for my growing girl.

I tried out new recipes and tried my hand at making crafts. I was still doing this when I became pregnant with my son. I planned out our lives on these neat little boards.

I kept it up as I filed for divorce. I was able to do it when I relocated and became a single mom of two. I was even able to do it for a good part of that first year on my own.

That’s where my Pinterest train ran off the rails. It was just me and two toddlers. I worked part-time, and the rest of the time I was a full-time mom—a job that’s not for the faint of heart.

I planned the meals, shopped for the groceries, and cooked the food. I changed diapers and cleaned the house, and I tried—and failed—to keep up with the ever-growing pile of laundry. I was too tired to plan crafts. I found that the recipes I tried wouldn’t get eaten by my kids. My lesson plans became more haphazard as I focused on play more than structured learning.

I did a few holiday projects, but mostly I forgot to plan for the smaller holidays that came along. I used to celebrate Star Wars Day, Chinese New Year, Pi Day, Cinco de Mayo, and all the other little holidays that come around during the year. But I got a little overwhelmed with day-to-day parenting and began to fall behind.

I don’t feel like I’ve ever caught up. I’m not the Pinterest mom I thought I would be, and I’m learning that’s okay. Some of my projects are more Pinterest fails. I rarely have time to peruse Pinterest, much less post to new boards. While I admire the hell out of those Pinterest moms and dads who seem to have everything together, I’m just not one of them.

I appreciate it. I’m glad other people do it. But most of the time, I’m the trying-to-get-by mom. The trying-to-raise-happy-kids mom. The trying-not-to-lose-my-sh*t mom. I wanted to be the kind who could do all of that and still complete a craft project or teach my kids from home using all the educational tools and resources available. I’m a bit of a foodie so I love trying new recipes, but I accept that some days my kids are going to eat chicken nuggets or store-bought pizza because it was a long day, and I’m not up to cooking.

It’s easy to judge ourselves through the lens of those parents who seem to have it altogether. It’s even easier to judge the parents who clearly don’t. But those parents, the ones who are barely keeping it together, are sometimes my heroes. They’re struggling, but they keep trying. They don’t try to pretend that their messy bun or stained T-shirt is a fashion choice. They can admit that sometimes their kids drive them to drink in the evenings. They don’t act like they’re perfect because they know that they aren’t and are mostly okay with that.

This isn’t to judge harshly the ones who do have it together more easily. Hell, those parents give us mad goals! They motivate us to try something creative or to incorporate new ideas into our homes. They aren’t somehow bad parents because they make the rest of us look like we’re falling short sometimes.

We all have different lives with different complications. It doesn’t mean that any of us are better parents than the others simply on the basis of whether or not we can successfully complete a Pinterest project and seem like “Parent of the Year.” Hey, most of us are proud when we remember to pack our kids’ school bags correctly and sign all the right papers. We pat ourselves on the back for getting them to eat a vegetable and brushing their teeth for longer than two seconds.

In short, we may not be the Pinterest parents we dreamed we would be—or maybe we are. All of it is okay. What’s important is that we love our kids and try to raise them to be compassionate, mindful, responsible humans. We try to teach them to have a code of ethics and to make good choices. We try to teach them how to be healthy and to avoid harm.

Most days, we try and fail to live up to our own standards. We almost certainly will fail to live up to everyone else’s. But we’re still good parents, even if we haven’t yet printed out that album of each year of our child’s lives like we promised ourselves we’d do. We didn’t make that quilt out of their baby clothes or create a frame with all the memories.

We’re not all parents who send in the cool homemade snacks or come in and read twice a week to the class. Maybe we just made it out of bed this morning and got them to school on time. Maybe we didn’t measure up to some invisible marker and feel like we’re not doing as well as we should be.

For all of those parents: you’re doing just fine. Pinterest was never meant to be a measure of successful parenting. Keep doing what you’re doing. We salute you!