Ladies, it’s time to Man Down & Woman Up. 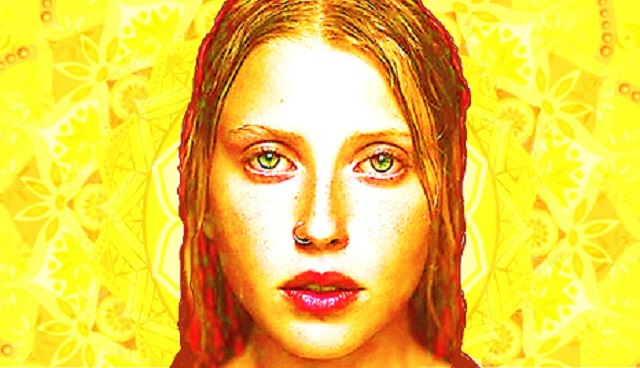 I grew up in London in the 60s, with Mary Quant miniskirts, the Beatles, and Twiggy—when being a bra burner meant you sympathized with the women’s lib movement. And thanks to female contraception, motherhood had become a conscious choice.

Accompanied by these revolutionary changes, I entered adulthood proud to be a woman, and convinced we were going to change the world.

However, time and experience often mellow even the most passionate of enthusiasts, and in my late 40s, I began to question: are we fighting against male supremacy, which undermines the female role in society, or are we fighting ourselves and projecting our most profound and inner fears upon other women?

One query led to another. For example: do we always offer female solidarity without distinction, or do we judge with disdain, harshly condemning some women’s actions, even detesting them with an incomprehensible intensity that leaves the other woman stunned when faced with so much anger and contempt? Because ironically, a female tongue is far more apt than a man’s at sentencing women who terminate a pregnancy, who return home—again and again—to an abusive husband, who confuse sex with affection, or who marry for security.

Let’s be honest—women are not always a united sisterhood.

We are divided by petty and small-minded opinions that inflict profound and painful wounds upon certain women. We deprive them of a sustaining female force that shields, assists, and supports them when they attract attention that disrespects their gender, offending and damaging their femininity, both physically and emotionally.

This bitter, revengeful energy is not feminine, but a projection of a belligerent, reactive intolerance toward male supremacy that has, and still does, inflict pain upon millions of women throughout the world. It’s a crusade that castrates, and denies solidarity to women judged as willing victims unworthy of the cause, condemned as traitors working against the female emancipation movement that is attempting to dismantle a secular machine which still typecasts pretty women as sexual objects and legally forces the female population to accept less money, while preforming the same tasks as a man.

We, as democratic women, now refuse to lie down and be submissive, but in the battle for equal rights, many of us have personified the penetrating, active male energy, without recognizing that to gain respect in a man’s world, it is not necessary to imitate or condemn. Respect starts at home by acknowledging how we disrespect our own gender through diminishing other women.

Female energy is receptive, not active. As a natural, not active force, receptivity has been confused and associated with passivity, nonparticipation, submission, and worse still, blind obedience, justified too often by romantic love.

Although a woman may romantically give her heart to a man, contrary to what is commonly believed, physically she does not give herself at all, but receives him in an energetic exchange in which she is intimately exposed and defenseless in respect to the penetrating power of his male physicality—a driving force capable of invading, even unintentionally, because he is incapable of recognizing the subtle difference between waiting to be received and expecting to be. As such, women are related and connected, not as the victims of overpowering males, but through the female qualities of receptivity and vulnerability—not to mention the transformative ability to innovate and grow from pain—circumstances that should unite rather than divide us. Because united we stand and divided we fall!

Woman need to be empowered, not judged or saved, and it should start with us. Female power must be delivered back into the hands of women who support all women, not managed by men who all too often consider us weak, emotional victims in need of support, frivolous playmates to be maintained, consoled, and placated, or unwelcome adversaries in politics, academics, and management.

No one said it better than Emmeline Pankhurst (1858-1928), the British activist and politician who led the movement to help British women win the right to vote. In The Suffragette: The History of the Women’s Militant Suffrage Movement she stated: “We have to free half of the human race, the women, so that they can help to free the other half,” highlighting the true mission of the female liberation movement, which was to eventually liberate the human race.

The suffrage movement was an ambitious mission that envisioned strong and liberated women revolutionizing society, because renewal and rebirth are essential female qualities that unite rather than separate, and that abstained from judging women who still feel the need to follow a social code that resists restoring female power in a respectful and empowering way. Not all women are physiologically able or ready for equality. We may disagree with these women’s choices; however, they should not be despised and judged, but welcomed as sisters who are unaware of their female potential.

That was not always my opinion—consider me guilty as charged. I judged many women harshly as abetted victims, without ever respecting their pain. I humbly apologize to those women, and to myself, because by diminishing them, I continued to disrespect my own pain. Their choices were an uncomfortable reminder, a mirror image reflecting back to me a justified victim, an unacceptable part of my past which was judged and repressed by my own belligerent intolerance.

Only today am I able to recognize the lack of authenticity of my past female power. The strength and determination I alleged to be real, were in fact, a mere imitation—like a sister stealing her brother’s clothes and fighting with the boy next door. Copying male gestures and actions, I had yet to understand that it is ridiculous to fight, grab, steal, expect, or earn being worthy of respect.

We are missing the point: self-respect is fundamental.

Self-respect is saying no without justifying or feeling the need to defend our choices, developing collaborative leadership strategies without feeling belittled, unrecognized, offended, threatened, or powerless, finding the courage to surrender or yield through personal choice, and allowing a man to lead or protect without feeling weak, undermined, offended, competitive, or, worse still, beholden.

In other words, what we need to work on is our self-sovereignty.

The differences between us are not simple to resolve, but they can become even more complicated when, and if, we judge through mental association and separation. Life, however, is not a black-and-white reality. Ideas such as right and wrong or perpetrators and victims, are the extremes of an ever-swinging pendulum; there is, however, another force that resides outside of the dualistic mind—balance.

Without balance, there are no real victors. The conflict, so evident between us, is a war perpetually waged between opposing adversaries, maintained in a permanent state of comparison, competition, and judgment, which will always sustain a verdict of supremacy for the victors and subordination for the victims. Without victory there is no defeat, or defeat without victory. As such, they are inseparable and conflict becomes propagated, infinitely.

Energetically, in every woman resides a man and vice versa. Self-sovereignty requires we make peace with the opposite gender that resides within, because the material world is a reflection of our inner states.

Ladies, it’s time to man down and women up!

We are empresses, not servants; we are wielders of the unified, creative force that naturally receives and gives simultaneously: innovating, creating, nourishing, caring, collaborating, and connecting rather than competing and isolating. Bitter and sweet, terrifying like witches and elusive like fays, we wield a profound, mysterious power that bewilders a man enough for him to lose himself within our embrace—unrecognizable because he is embracing his sensitivity.

With this in mind, the next time we feel the urge to criticize another woman, let’s stop, breathe deeply, and ask: “What is this woman reflecting back concerning my own female receptivity and vulnerability?”

Because when we refrain from projecting and condemning, we can embrace our own pain, connecting to a unified force powerful enough to free humanity, and to lay the foundation of reciprocal respect, despite men and women’s very obvious and necessary gender differences—because that is authentic equality.

10 Things Feminism Is and Isn’t. 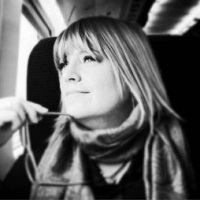