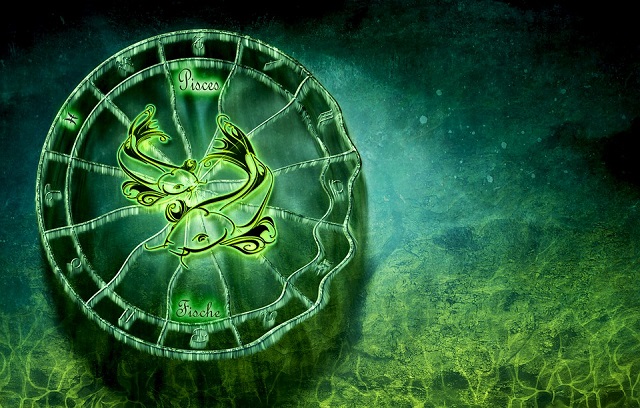 Pisces is ruled by Jupiter, the planet of hope and inspiration. Through the sign of Pisces, this becomes emotional and psychological, whereas Sagittarius is the masculine and assertive quality of Jupiter.

Pisces is where we feel the innate connection to that which is beyond the Earth, that which inspires us to rise above all the problems of the world. This can lead us to spirituality, creativity, and romance. But, it can also lead to fantasy, delusion, and escapism, where we just can’t bear the pain of this world and our separation from spirit.

But then, the mind and intellect get lost. We may ask foolish questions and assume things incorrectly. For example, we may ask ourselves or our teachers: “If I am already pure spirit and consciousness, then why do anything? Why not just trust that everything is working out?”

Of course, to some extent, that’s true. But, it assumes a lot. Just because we have “God potential,” it doesn’t mean that the potential is realized. Because those who have fully realized their “God potential” see the good and the bad, the pleasant and the unpleasant, in the same way. They are not trying to avoid or escape from difficulty or unpleasantness. Thus, the confusion and delusion of Pisces.

In the deepest sense, we know that we emanate from spirit. However, that (false) “knowledge” leaves the ego to form conclusions that have not been experienced.

This is why we need to harmonize the qualities of Pisces with the practical methodology and willingness to “show off” to do the work of Virgo.

Purva Bhadra Nakshatra.
This new moon happens in Purva Bhadra Nakshatra, which is related to Lord Shiva’s energy and the lightning bolts that shock us into a deeper awareness of a deeper reality. In the very early stages of Pisces, we first become aware of our true existence, beyond “saving the world,” being “one with humanity,” and all of these very high ideals that we as individuals hold dear.

The utopian vision of life on Earth is penetrated by the lightning strike of that which is beyond. This lightning strike may make us fanatical, as we first catch this glimpse of something beyond the Earth. So we must be careful of that fanaticism.

On a more mundane level, we have to be careful of the fanatical world leaders and sudden, shocking actions based first on moral impulse, then on rationale.

The Virgo full moon.
The next 30 days will challenge us to stay engaged with the messy details of the world in order to be freed from them, and the false attachments we have developed to our physical, embodied life. These “messy details” are related to the sign of Virgo, the opposite sign from Pisces.

The full Moon in Virgo on March 31st will show the harmonizing of these two forces: the force of surrender to actual truth (Pisces) and the need to stay engaged and alert to all the details that facilitate that surrender (Virgo).

Debilitated Mercury.
This new moon happens with Mercury debilitated in Pisces. This shows where we might not be thinking so clearly, or speaking so clearly. When Mercury is debilitated, we get the details wrong, then we speak them incorrectly. This is also a politically correct way of saying, “Be careful of liars and people lying and trying to deceive you.” Also, you must be careful of misspeaking and unwittingly lying yourself, as a result of “self-delusion.” Most people do not say to themselves, “Now, I am going to lie.” No, instead, we willingly cooperate with a story we know is not true, then spread that story to others. Over time, we lose credibility once people understand we are doing this.

Exalted Venus.
Venus is exalted now, which shows a high potential for spiritual devotion and connecting to that sublime beauty of life. There could be a lot of romance and high desires now. But also, we may be disappointed in our romantic relationship, due to the otherworldly projection so many people inflict on their partners.

Try to stay realistic and grateful. The highest promise of exalted Venus is devotion to God, the only “otherworldly” thing we can rely on. People will always disappoint us, and we will disappoint them. Now is the time to “awaken from the soulmate fantasy.” Instead, we can “awaken to the God-consciousness reality.”

Mars/Saturn conjunction.
Mars and Saturn are now closely joined in Sagittarius, which can be quite dangerous. On the worldly level, we hear the saber rattling of dictators and power grabs everywhere. The Chinese leader has just declared himself king (basically). Other authoritarians are jockeying for position in an ever more dangerous world. Putin, Kim Jong-un, and President Trump all seem to be playing very dangerous games that could blow up at any minute.

We must be very careful, particularly around the end of March and into early April.

Global implications and President Trump: 8th House.
Because President Trump wields so much power on the world stage, it’s important to see how this will affect him. A quick review and recent predictions from this astrologer show how volatile and destabilized he is—and how it has been clearly shown by the astrology—and how dangerous this next month could be.

The recent lunar eclipse in his 12th house, over his relationship factors, showed the eclipsing of all the women in his life. His wife, his daughter, his close assistant (Hope Hicks) have all been marginalized if not under siege and attacked. In addition, an ever-growing lawsuit from an adult-film star threatens his credibility, if not his presidency. All of this was predicted as shown by the eclipse on his relationship factors—and then the solar eclipse in his 7th house (relationships).

This Pisces cycle will occur in President Trump’s 8th house—the house of death, destruction, war, and unpredictable and unexpected chaotic events. Basically, if you think there’s been chaos so far, hang onto your hats. Because Trump is about to have things blow up in his life even more. This could mean scandal, lawsuits, death, war: all 8th house’s events.

It is the house where secrets become exposed (if we have been lying), and the consequences of how we treat others also comes to the forefront. Under normal circumstances, these revelations take us to a deeper awareness of life and make us face our fragile insecurities. But our president has shown no desire to own up to any of his misstatements, mistakes, deceit, and corruption. Instead, he doubles and triples down on them and tries to deflect attention.

There could be more firings (especially Robert Mueller, H.R. McMaster, and/or John Kelly), and military action is possible. It has been reported (and seems obvious) that President Trump is ready to “take the shackles off” now that he’s been president for one year and “really understands the job now.” Extreme hardliners, such as John Bolton, have been floated as replacing McMaster. This is like pouring gasoline on the fire.

By the way, in early April 2017, President Trump bombed Syria, and then tested the MOAB ordinance—showing how this 8th house transit of the sun from Trump’s point of view is related to war and destruction.

A Buddhist Perspective on Astrology.

Bonus: “5 Mindful Things to Do Each Morning.”