We Need a Man’s March. 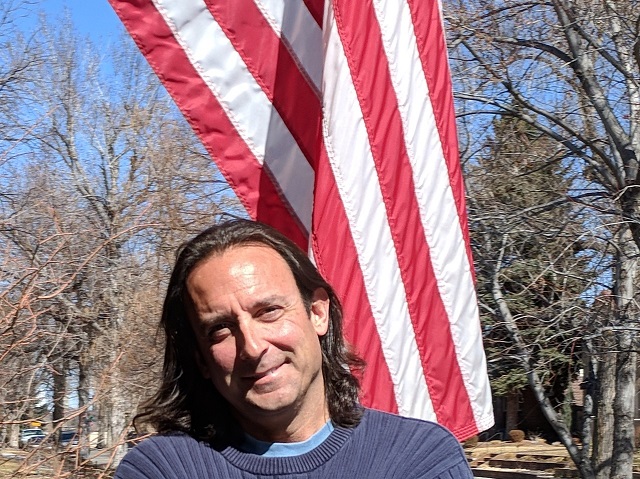 I am a white, middle-class, heterosexual man of faith—and I am embarrassed to admit it.

In fact, I think it’s time for men like me to march in protest of men like me.

Before you dismiss my premise just because I enjoy a life of white, male privilege, please hear me out because I agree with you. I do enjoy a life free from the struggles and challenges of prejudice and bigotry suffered by marginalized populations.

My attacks are from friendly fire.

My segment of the population seems hell-bent on self-destruction, and I have had enough.

So what issues do I want my march to bring attention to?

Since the idea was inspired by the Women’s March, let’s start there. I want me and the other non-neanderthals in my demographic to march for equal pay for women and the end to a culture that tolerates sexual harassment.

I don’t want to march for these things just because they benefit women though. I want to march because of the significant improvement a change in these two areas will bring to my life.

It turns out, my mother, my wife, my sister, and my daughter are all women. Of course I want them to make as much money as they deserve. In what demented logic is an increase in my household income a bad thing? If I can’t check my ego because one of the women in my life makes more money than I do, then I need to understand that my narcissism is costing me cash. If my wife chooses to bring home some bacon, I want it to be a lot of bacon.

And with our national obsession with eating bacon, that is a sentiment we should all understand.

Also, have you noticed that the accused sexual predators that continue to be brought to our attention are all men and mostly white? I coach high school girl’s soccer. The thought that one of our players could ever think of me as a part of a group with so many slimy, slithering cretins is appalling. Sure, I want the sexual harassment to stop for the sake of the women, but I also want it to stop so I don’t have to be ashamed to be a man.

Here’s another issue worth marching for. The words that I have traditionally associated with faith and spirituality include love, peace, kindness, acceptance, generosity, and forgiveness. So what do the right-wing, evangelical Christians we constantly hear about in the media support? The words that come to mind include lies, greed, persecution, and (alleged) child molestation. What Bible are they reading? They say appointing conservative justices is their top priority, but how can that end possibly justify their means.

Evangelical Christians supported Roy Moore all the way to the end of his disgusting Senate race. I believe in forgiveness and second chances, and if he ever apologizes, I might be able to bring myself to forgive. But while we can argue the criminality of his actions and the truth behind the accusations, we can’t argue that this dude had some vile urges toward young girls. In the version of Christianity with which I am familiar, repentance (which he has not done publicly) leads to salvation—not the Senate.

For the first time in my life, I find myself embarrassed to admit I am a Christian. But I won’t be ashamed in silence any longer.

I also want to march to crush the uprising of racist white men. Sure, I want to bring about an end to racism for the sake of my minority brothers and sisters, but I have selfish motives as well.

If I go to Home Depot and buy Tiki torches, I want to be ridiculed because my taste in outdoor home decor is so 80s, and not because I look like a modern-day Nazi. Buying Tiki torches today is like buying condoms in high school—so embarrassing that I would prefer the risk of getting caught stealing them to facing the scornful stares at the checkout counter. I can’t imagine how painful it would be to shove one of those things down my pants, but I would prefer it to being thought of as a racist.

It is my understanding that one of the ways racists justify their racism is with the fear that they’ll lose their grip on the majority in this country. They lobby for immigration reform not because they believe in our sovereign right to enforce laws, but because they are afraid Mexicans or blacks will someday outnumber them.

What they don’t understand is they are already outnumbered. I am not like them. I reject the notion that anyone who discriminates and persecutes on the basis of color, religion, or gender shares my demographic. And I am ready to march if that’s what it takes to prove it.

What if I don’t get what I want? What if nothing changes for white, heterosexual, middle-class men of faith?

If there was a presidential election today (please, God, can there be a presidential election today!?), I would vote for Oprah. I don’t care about Weight Watchers and I have never seen her television show. I don’t know much about her politics, but I would bet we disagree on a great many more things than the few issues on which we agree. I would vote for Oprah because I believe she has the one talent that our president most lacks and most needs—she has a fighting chance of uniting our fractured and desperately polarized country.

I have heard the experts say that the last thing we need is another billionaire TV star in the White House. To them I say just one thing: if you think the huge portion of the electorate that pays zero attention to politics and binge watches reality TV is going to study up on the issues our country faces anytime soon, you have more confidence than I do. We are going to elect another high-profile celebrity with better TV ratings than foreign policy experience. It is just a matter of which one. This time, I want one who can complete coherent sentences and make us all feel a little better about ourselves and our country.

Although I’m embarrassed to be a white man, and to be an American, I desperately want the pride I used to have in my country to return. Dr. Martin Luther King Jr. didn’t die so we could take giant leaps backward a few decades later. My grandfathers didn’t fight the Nazis so racists could jump proudly from the shadows a few decades later. We are a country of many religions and spiritual beliefs—not a place where we hide behind the Bible to elect men who prey on women and children.

I want to be able to compliment a woman on her outfit without feeling like a vulture. I want to admit that I attend church without feeling the urge to voice my denouncement of pedophilia. I want to buy Tiki torches because they provide the perfect ambiance for my backyard break dancing sessions without someone asking me what size white hood I wear.

We live in a dangerous time, full of serious issues. Instead of working on any of that stuff, so many of us waste time because we can’t seem to squash the vile, disease-infested insects among us under our own boot heels. We waste time validating racism and sexism and abuse and molestation because we think the end justifies the means. It doesn’t. It never will.

It is time for us to evict the evildoers among us. It is up to us, all of us—especially those of us in the same demographic as the repeat offenders—to stand up to injustice and restore our decency and reputation.

Bonus:The One Buddhist Red Flag to Look out For. 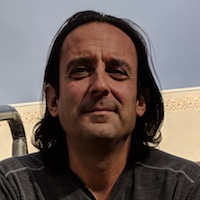