Why Empaths Stay with the Almost Good Partner. 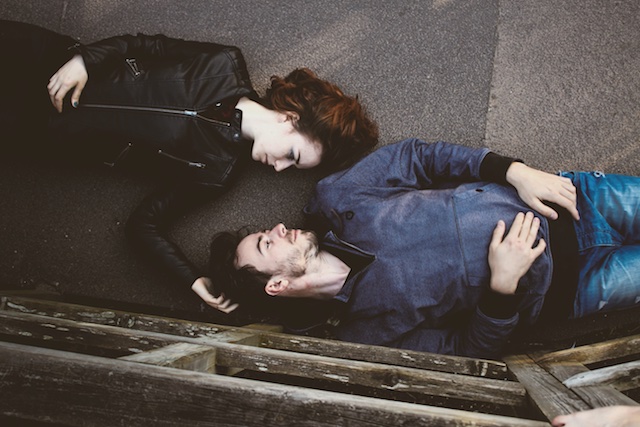 Having an empathic heart is a superpower.

It’s an incredible gift to hold so much compassion for other beings. This gift enriches our lives in so many ways. But there is one flaw we have to recognize in order to maintain balance in our lives. Most empaths have so much love and understanding for others that we often explain away and excuse any behavior. This is how we come to stay with the “almost good” partner.

Most of us have been in relationships with partners who had the potential to be good. By good, I mean evolved, conscious, and capable of a healthy partnership.

In fact, for the first several months, I felt like I had been swept off my feet by Prince Charming—an unfamiliar experience for me. Then, the mask slipped. I realized that I had fallen in love with an almost good man, a man who wanted with all his heart to be good but hadn’t yet figured out how to make that transition. He was trying. But he’d had a history of codependence and unhealthy coping skills.

He wanted to be the man I needed, and for a few months, he was able to simulate that for me. But those underlying belief systems he’d had for longer than he’d known me started to surface. He wanted the relationship, but he wasn’t ready for it as much as he truly seemed to desire it. He was a man who will probably be a good partner for someone someday—but not for me now.

It’s so easy for empathic individuals to stay inside of relationships with someone with the potential to be better. We tell ourselves they’re trying, even if their behaviors tell a different story. We want to believe that if we’re loyal and try our hardest that they will make the transition to be the person we know they’re capable of being. We think if we just stick around, it will happen, and we will reap the rewards of that relationship. It’s as if we’ve bought into the belief that our love can change people—when of course it can’t.

People have to want to change, and it has to be intrinsic. That is, it has to come directly from them. We can’t want it enough for someone else. They have to want it for themselves and do the hard work of becoming the person they could be.

No amount of loyalty, compassion, or persistence from us will ever make the almost good partner be the one we need.

If they aren’t ready, there’s nothing we can do to make them ready. But I’ve seen so many men and women lose themselves in relationships where they’re holding out for that change. It’s easy to do. After all, we’ll see that glimmer of potential every now and then. We can even experience weeks where it feels like the change has happened. We can live off of that hope for so long. But that inner voice quietly whispers that it’s not quite right. We’re not loving that person just as they are—we’re loving them as we know that they can be. While it’s beautiful that we’re able to see the potential in others, we can’t force that potential into being, and we all deserve to be loved for who we are right now.

Empaths and other sensitive partners can have a rescue complex. We may think we’re saving our partners or making them better. All we’re really doing is fostering codependence and delaying the inevitable ending. We can stay with that almost good man or woman forever, loving them but wishing they would stop doing the things that hurt us. We can put ourselves in the role of victim or savior, but the truth is that we’ll never make someone else be what we need. We can spin whatever story we like, but the truth is that relationships like this aren’t healthy. Staying in them doesn’t serve us well. Telling ourselves anything else is just putting a spin on the truth so that we can avoid making hard choices.

In a healthy relationship, we stay because the dynamic is what we need it to be. In an unhealthy relationship, our needs aren’t being met, but we believe that our partners could meet our needs if they chose to do so. In the healthy partnership, we’re able to deal with conflict by discussing it and changing our behaviors. In an unhealthy partnership, behaviors are either discussed but never changed, or they are simply avoided and explained away. While it’s great to be compassionate, this doesn’t mean that everyone gets a free pass to treat us however they like. We deserve better than that. But it doesn’t matter what we deserve if we’re willing to tolerate less.

It’s easy to stay with the almost good partner. It’s a choice that’s understandable in so many ways. After all, we see their beautiful potential, and we want to be there to see it manifest. But at what point do we decide that almost good isn’t quite good enough?