Rebound after Rebound—this is why Real Love Eludes Us. 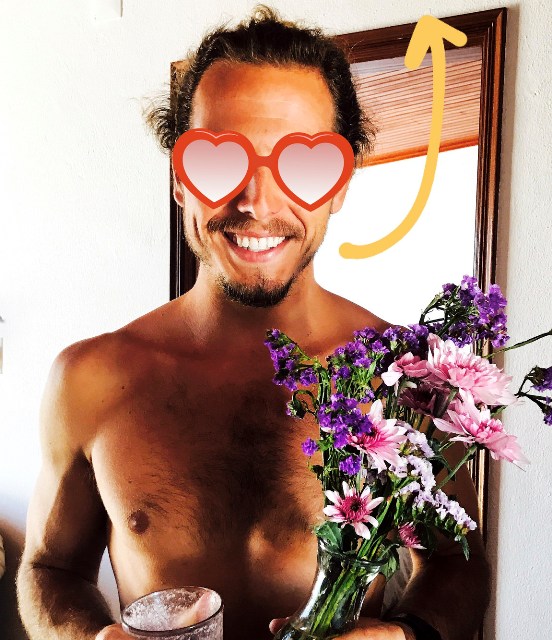 I’m standing at the altar of a church dressed in a long, pink bridesmaid’s gown, watching one of my best friends get married.

I’m 25 years old. This is the third wedding I’ve been a bridesmaid in this year.

As I stand there, I get lost in fantasies of my own wedding—the one I’ll have some day. I’ll be complete then, the day I finally find that guy who wants to exchange “forever till we part” vows. I imagine my life will be perfect. I’ll be validated. A big ol’ fat ring on my finger means somebody feels I’m worthy of spending their life with me…that I’m enough. That I’m lovable.

But let’s face it: nowadays, lots of people end up divorced after fantasizing about that happily ever after moment. And when we’re single, whether after a marriage—that we thought would last forever—ends, or in general, we tend to make that mean something about ourselves. We really aren’t lovable after all. We are somehow “less than” because we’re not one half of a couple. We think people feel sorry for us and think we’re lame. So, off we go again looking for love.

We look for it in the bars, or where we work. While we’re working out at the gym. On Tinder, Bumble, and OK Cupid.

We hang out at the sexy singles hot spots because we’re convinced that’s where we’ll find love. We believe the next relationship will make us happier than the one we were just in. We’ll have hotter sex for sure. Our needs will finally be met. The next person will treat us better. Hell…they’ll just fill the empty hole inside—and at this point, that’ll do the trick!

So many people split up with a partner and, in a panic that I personally reserve for seismic shaking underneath my house in Los Angeles, hit up the dating apps ASAP. I can’t tell you how many of my friends have popped up on Bumble no more than a week after they were laying in a sobbing heap on the floor, having broken up with someone they claimed they were madly in love with.

The rituals of 3:00 a.m. drunk text messages to the ex and blocking and unblocking of each other on social media are still feverishly underway as they swipe right on Tinder, all while speed-calling friends to set them up with someone hot.

What’s wrong with this picture here?

We’re convinced if we wait too long to put ourselves out there, another one won’t come along. We insist we’re just “moving on” when really we’re just trying to avoid “moving through” and feeling any of the pain and heartache from our last relationship. Not only that, we’re still looking for love and validation from the wrong people, and in the wrong places.

It’s not out there. It’s not on the dating sites, or in the bars, or on your next business trip, or even with the person you recently broke up with (who you’ve now convinced yourself you can make it work with, no matter how unhealthy the relationship might have been) because you’re simply scared to be alone.

It’s in here. It’s found in the relationship with yourself.

Because until you build a solid, trustworthy, unconditionally loving relationship with yourself—and I’m talking a fully committed relationship of straight up loving yourself without someone else to validate you—you’re never going to find real love.

Before you have anyone else, you’ve gotta have you first. That means you can’t depend on another human being to give you all the things you’re looking for, whether that be financial security, emotional stability, companionship, love, the feeling of “wholeness,” the validation that you’re beautiful, sexy, or hot. That’s all on you baby. You’ve got to have your own back first. You’ve got to be emotionally stable first. You’ve got to love yourself first.

Feeling whole and complete is something that happens within yourself. Not out there. Not by becoming “the other half” to make a whole. It’s about being able to take care of yourself: financially, emotionally, spiritually, and physically. Without building that kind of foundation for yourself, you’re not going to find the kind of love that lasts.

Trust me—it took me over 40 years to get it. Because no matter who I was with…there I was. Wounds, battle scars, emotional baggage, and all. And until I took on the commitment and the work—because believe me, it’s some damn hard work getting there—of learning to love myself, have my own back, and embrace all of who I was, I had no business being on any dating app or trolling a bar for the next lucky guy.

I don’t look for love there anymore. In the wrong places, I mean. Nope. I’ve found it. It was inside of myself, waiting for me to finally realize where it was all along.