What 2 Days of Silence did for Me. 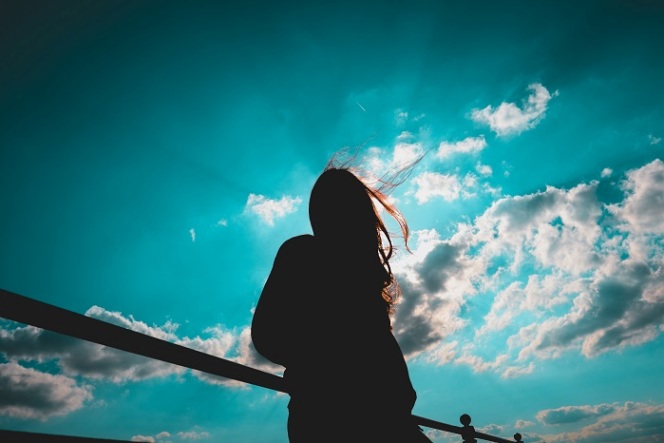 It’s ironic for someone who has been meditating since age five and focuses on peace for a living to be stressed out.

The insights and techniques I’ve learned definitely help me manage stress. But, unfortunately, they don’t make me immune to it.

For many reasons, a while back, I was feeling overwhelmed, tense, and discouraged, which showed up in my body as tightness and clicking in my shoulder and jaw.

My stress was compounded by the nonstop noise and input most of us are exposed to these days. Between the hum of traffic, the chatter of TV and radio, the blare of car alarms, the pings of electronic gadgets, and more, we are probably living in the noisiest time in human history.

Such noise, I later learned, has been shown in reports by the World Health Organization, Cornell University, and other sources to significantly increase stress hormones, heart rate, and blood pressure and have other harmful health effects.

On the other hand, silence, I learned, has been shown in reports by the National Institutes of Health, Duke University, and other sources to have benefits such as reduced stress, restored mental resources, increased empathy, and the growth of new brain cells…and I need as many of those as I can get.

Unaware of these benefits and just wanting to relax, I found myself longing for a quiet getaway. I considered a guided retreat at a retreat center or even a solo vision quest in the wilderness. But the first can be expensive, the second scary, and both inconvenient.

So, I decided to do a free and convenient experiment—an at-home silent retreat. My husband had a weekend trip coming up and, since I’d have the house to myself, I decided to try it then.

First, I set some rules for myself. I wanted to turn down the volume of the outside world and turn up the volume of my inner self. So, I decided to go all weekend without watching TV, listening to music, reading a book or magazine, or doing much talking, emailing, or social media.

Next, I set a rule for my husband. I asked him to email me only once a day to make sure I was alright, but not to call me unless it was an emergency. I saw this not as saying “no” to him but saying “yes” to myself. By now, he’s used to me being a little different. So, a bit reluctantly, he agreed.

Unfortunately, I did have a few minor work and family tasks to take care of that required some talking or emailing, but I limited them to about an hour a day. Aside from that, I reconnected with myself by meditating, taking naps, and doing gentle yoga. And, I reconnected with nature by eating most meals outside, taking leisurely walks with our dog, and watching a meteor shower.

Ah, the meteor shower…that night, I went outside, laid down, and gazed up to the heavens. Between amazing shooting stars, I melted into the moment and marveled at our vast universe. I was so blissfully absorbed in that experience that before I knew it, two hours had flown by!

With less external input, I became more aware of my own thoughts. Surprisingly, I noticed how many songs bubbled up in my mind—about 30 over the weekend. And, I’m not even a big music fan! Wow, how much culture had seeped into my mind over the years.

Eventually, as my mind relaxed, so did my body. By the weekend’s end, I noticed almost no clicking in my shoulder or jaw. It did eventually return, but it was great to have a respite from it for a few days. Overall, I’d say my experiment was a success.

What about my husband? He missed me and often wanted to call, but he respected my wishes. When he got home, we both felt a greater sense of appreciation for each other.

Two days of (mostly) silence did wonders for me. I hope to do the experiment again, maybe once or twice a year. When I do, I’ll keep in mind the steps that made my first try a success.

Two full days might not always be feasible. But even a half day when I have my living space to myself and no work or family obligations can be replenishing.

I’ll clarify what I will and will not do to replenish. It might be taking long baths, sleeping in, cuddling and appreciating our dog, or watching clouds float by. Or, I might try meditating more, daydreaming, watching an entire sunset, or covering all the clocks and noticing nature’s timing.

I’ll tell those closest to me what amount of communication is comfortable for our well-being and safety, ask them to honor it, and assure them I look forward to re-engaging with them after the retreat.

I’ll observe how I feel before, during, and after the retreat. If upsetting emotions arise during it, I’ll acknowledge it, and then bring my attention back to the present moment and focus on something positive, like the sound of a bird singing. When the retreat ends, I’ll reflect on what I learned from the entire experience.

As I found, our noisy, always-on lives can eventually take a toll. With so much clatter and input constantly pulling at our attention, we can feel drained.

If we’re not careful, we can get stuck treading water on the choppy, shallow surface of life and miss out on relaxing into the still, rich depths. We might hear loud TV and radio commercials, but miss the quiet whispers of our inner voice. We might know from social media what our distant relative ate for lunch yesterday, but never get to know our very own soul.

So, from time to time it’s helpful—even vital—to step back and bask in silence. It might be challenging at first, but it’s a gift to savor. It’s a precious opportunity to reduce our stress, replenish our energy, and reconnect with our innermost self. 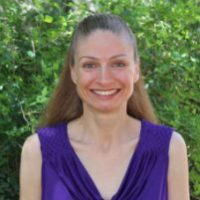