Cow Farts are No Joke. 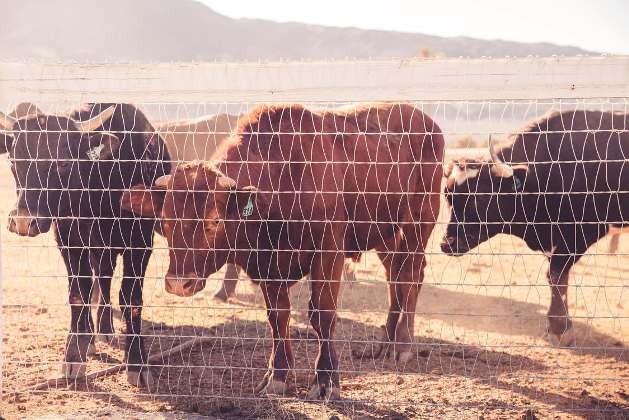 A mess of blonde curls and warm tears flooded my face.

I placed my forehead on the hard, brown picnic table as small whimpers burst out of my tiny body.

I was eight years old and at summer camp.

It was midday and the sun was scorching. My counselor had placed a small tray of unidentifiable meat slop in front of me. Not only was I missing my family but also, I hated the food.

As I wiped the knuckle of my pointer finger along the bottom lash line of my eye, I noticed something at the table next to me.

Someone was noshing on a gooey peanut butter and jelly sandwich.

I spent the next five minutes rapidly fanning my face with my hands in an attempt to dry my eyes and calm myself. With swollen eyes, I sniffled hard and walked up to my counselor and asked for a peanut butter and jelly, too. I was told that only people who don’t eat meat were allowed to have peanut butter and jelly sandwiches.

Well, that was it.

Right then and there, in that moment, I became a vegetarian.

Twenty years later, I still live a meatless life. To think this all began because of the undeniably delicious staple of the American diet—peanut butter and jelly—is pretty laughable. Now, at age 27, my reasons for not consuming meat are based on principles slightly more important than a child’s picky taste buds.

When I was younger, I never realized that my choice not to consume meat was like giving a big eff-you to one of the planet’s single most destructive industries: factory farming.

If you happen to be like my mom, or any number of my friends, or like me at age 15, what I am about to tell you in regard to factory farming will shock you.

Many Americans consume meat on a daily basis and have absolutely no idea how the meat ended up on their plates. I will be the first to admit that ostrich is my middle name. I spent a majority of my life living in blissful ignorance about many things. Being an ostrich can have its upsides but it also blinded me from atrocities that I might have had the power to help prevent.

Not only is factory farming highly inhumane and wildly cruel, but it is also destroying our planet.

According to the Environmental Protection Agency, animal agriculture is the leading cause of water pollution. We all poop—and factory farmed animals poop a lot. And when I say a lot, I mean farm animals in the United States produce over 100 times more poop than all of the humans in the U.S. combined.

And where do you think that poop goes? Yup, you guessed it, right into our water. Yum.

This runoff from animal agriculture is causing dead zones in our oceans, rivers, and streams, making it nearly impossible for any living thing to survive.

This is terrifying, and not enough people are talking about it.

Not only is animal agriculture creating dead zones, but it is also destroying our rain forests. Currently, every second, approximately one to two acres of rain forest is destroyed for cattle grazing or to grow feed crops for cattle.

I have been lucky enough to tromp through the forest floor of one of these lush, neon green, tropical paradises. It breaks my heart to think that future generations won’t get to explore one of nature’s most magnificent gifts because we don’t want to change our lifestyle.

We have the power and the ability as consumers to make humane and planet positive purchases each and every day. There are plenty of meat-free alternatives that use exponentially less water to produce than beef.

A ¼ pound hamburger uses approximately 449 gallons of water to produce, which is equal to one to two months of showers. Again, why is no one talking about this?

It seems crazy to me that people are trying to do menial things to save our planet like take shorter showers when we could be doing something huge like not buying meat.

Of course, every little bit helps, but in my eyes, there is no such thing as a meat-eating environmentalist. Sure, driving your car less is great, but did you know that if every person in the U.S. decided to give up meat and cheese one day out of every week, it would be equivalent to removing 7.6 million cars from our roadways?

To me this seems like a no-brainer. If we care about saving our planet and curbing climate change, then we need to take action as consumers and be a part of the solution: stop consuming animal products, or at the very least, consume less.

If we consume less animal products, there will be less of a demand and in turn, there will be fewer cows farting. This sounds funny, but cow farts are no joke. They are warming our planet at an alarming rate. Cow farts release a greenhouse gas called methane that is 25 times more damaging to our climate than CO2 emissions.

Wake up people; this is not a drill.

Cow farts and poop are literally killing our planet, and most people are sitting back and shoveling quarter-pounders in their mouths on a daily basis.

According to the documentary, “Cowspiracy“:

“Livestock is responsible for 65% of all human-related emissions of nitrous oxide—a greenhouse gas with 296 times the global warming potential of carbon dioxide, and which stays in the atmosphere for 150 years.”

We need to take action before it’s too late. There are solutions, but we must be willing to make changes, like eating more plant-based foods.

Luckily for us, there are plenty of delicious meat-free options that taste almost identical to the real stuff.

Some of my favorites include:

2. The Beyond Burger: If giving up hamburgers seems impossible, try these. The company Beyond Meat spent over seven years perfecting this masterpiece. This burger’s texture is almost identical to that of a beef burger and it even “bleeds” thanks to the help of some beet juice. But trust me, you can’t taste the beets. And if you are worried about not getting enough protein in your diet, don’t, because this baby packs a punch, boasting a whopping 20 grams of protein per patty.

3. Field Roast Italian Sausages: These are my absolute favorite. Even my meat-eater friends have started to buy these simply because they taste so delicious and they are so easy to cook. Throw these guys on the stove top with some oil for five minutes, tuck them in a bun with some mustard and sauerkraut, and voilà, you’ve got dinner. They are loaded with ingredients that include fresh veggies, fennel, garlic, spices, and vital wheat gluten.

4. Gardein Crispy Tenders: These meatless chicken nuggets are a hit with kids. One of my best friends works in the school system giving presentations about factory farming to children. Before her presentation, she hands out samples of these crispy tenders. They absolutely love this product and are shocked when she reveals that it’s meatless. If your kids are one of the reasons holding you back from becoming a vegan family, fear not—these crispy tenders will have them fooled and screaming for more.

5. Carla Lee’s Nut Tacos: If you’re a single person looking for a quick meal after a long day, look no further. These frozen tacos are pre-made and heaven in your mouth. Brown rice, seeds, and nuts make up a majority of the filling, and to top it off, they are organic.

When I first tried a meatless “meat” product, I was extremely skeptical, but I can now say that thanks to products like these, I don’t miss meat at all.

Sticking to a plant-based diet might seem difficult at first, but our planet should be more important than our taste buds. As a child, I was more concerned with how things taste (and I still am), but as an adult, saving our planet is exponentially more important.

So often we feel helpless when it comes to facilitating change in our country. But what’s so empowering is that this issue is something we as consumers have control over. Show the world that we care about our planet by choosing humane, cruelty-free, and environmentally friendly food options. 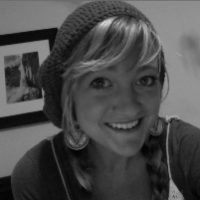