When our whole Foundation is Cracked & Broken—but we’re Determined not to Feel It. 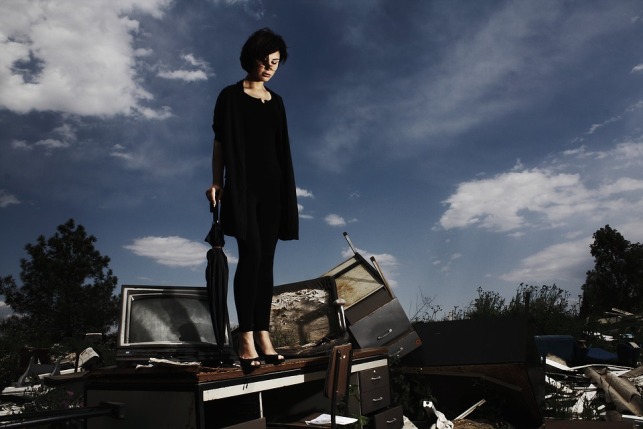 This quote spoke to me—volumes:

“Discomfort is the price of admission to have a meaningful life.” ~ Susan David, PhD, Ted Talk

I, like you, have been fighting my negative emotions my whole life.

Somewhere along the mucky maze of societal conditioning and dysfunctional family patterns, I started to doubt most of my feelings, especially the so-called bad ones.

My self-doubt led me down the bleak road of emotional repression. However, as I repressed what I deemed the icky, I also began to repress what I deemed good. For my emotional brain, it became too challenging to veer off the emotionless road of repression into the colorful field of expression. It was easier to just treat all of my emotions with the same doubt and mistrust.

The problem with repression is that it eventually backfires.

As a somatic therapist, yoga teacher, trained reflexologist, and former Reiki teacher, I know from firsthand experience that those feelings burrow themselves in our bodies. Unfelt emotion can manifest as chronic illness—both physical illness and mental illness—or perhaps a combination of both.

It happened to me. My years of emotional repression caught up with me when I experienced my second major loss: the death of my grandmother. When my grandfather passed five years before, I was somehow able to cope—because I had grandma, who offered me comfort. But she was also grieving and trying to repress it, and I felt it. Perhaps she was one of my unconscious teachers in the subtle art of not feeling your feelings or letting them come out in disjointed ways.

Grandma got very sick a few years after grandpa passed. She was sick for years, and they couldn’t figure out why.

When it was too late, they found a massive tumor in her adrenal gland; she had Stage 4 cancer. By the time they found the tumor, the cancer had spread. She was dying. I consciously knew it, but my psyche played ignorant. I did what I knew best—I repressed the truth. I bought her healing stones and laid them on her while we watched movies in her hospice room. She was chipper when I was there, which convinced me she wasn’t that sick. We were playing the “stuffing your feelings” game together—and it seemed to work, until it didn’t anymore.

It stopped working for me at the funeral when I went into the bathroom and began to sob uncontrollably—the kind of sob that comes from the basement of the self. My foundation was cracked. My mother came in and told me to stop; she put a padlock on the basement door and swallowed the key. I went back into the church and I was silent. I was silent for a long time after that.

The “dis-ease” that repression causes is insidious.

It may start out as a headache or fatigue, or perhaps a subtle melancholy. But, like a rapidly growing cancer, it spreads fast and furious when it is ignored.

I ignored the melancholy when it hit me on my way back to college. I was in an intense semester—taking junior and senior-level classes as a sophomore because I liked the challenge. “I‘m not going to let grief beat me down” was my mantra as I studied and researched, determined to get As in every course. And I did. I was academically successful. Emotionally, I was beaten down and exhausted.

Somehow, I rose above that emotional fatigue for many months. I rose above it with work and more work and plans to spend a semester in Edinburgh, Scotland, where my grandma had always promised to take my sister, cousin, and me.

The repression raged at me in the damp, cool Scottish flat I shared with other exchange students. I wasn’t strong enough to feel the rage, so instead, I got depressed. I couldn’t fight it anymore. I was weak. I was alone, isolated from my family, and unable to talk about my struggles with the few friends I had there. It took a diagnosis of major depression and years of inner work to begin to understand that my emotions—all of them—are valuable and valid.

Being human is as magical as it is painful.

Being human is as chaotic as it is blissful.

Being human, with a logical thinking brain and deeply feeling heart, is as scary as it is profound.

Frustrating as it is, there is no rule book for feeling your emotions, and there is a good reason for that. We are all so unique. DNA makes us all snowflakes—intricate and complicated. We are so individually, biochemically unique that there is no guidebook that will suit us all.

The key that my mom swallowed all those years ago in the church bathroom wasn’t real at all. But I had to learn that for myself. She told me, as her mother told her, that feelings weren’t to be trusted, and I believed her. After many moments and hours and years of getting comfortably uncomfortable with my discomfort, I finally saw the key as a mirage.

Perhaps we have all given someone else permission to tell us what we can and can’t feel.

In the dissolution of what we thought we were, we find what we truly are: uncomfortable and messy. Vulnerable and raw. We learn to love that dark, shadowy basement, and realize that is what gives our life true meaning; without it, we wouldn’t be fully human. 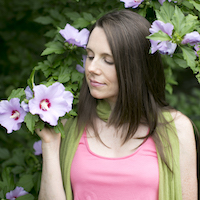