How the Practice of Giving Up can help us find “The One.” 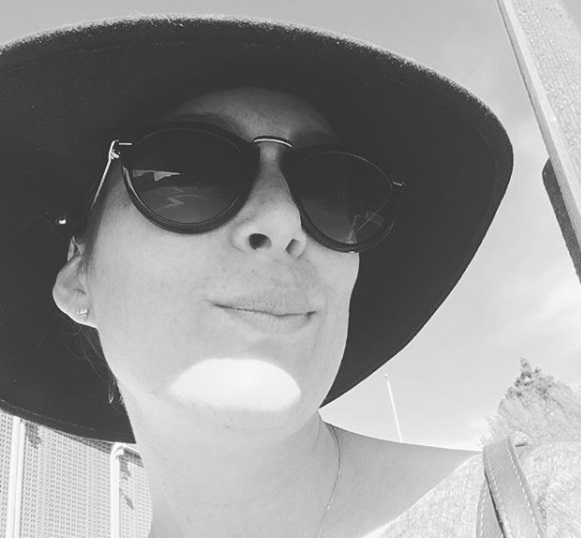 It might not be the best approach for everyone—but giving up might be the solution to our “partner hunt” conundrum.

There are many ways to solve a problem. Most often, my first method is to try hard…very hard.

In the world of dating, I definitely gave it my all. The interesting thing about giving something our all, however, is that we have very little left at the end of the day for ourselves. Additionally, it puts great pressure on our object of desire—and also, eventually, one gets a little burned out and bitter from the chase.

I didn’t give up on dating intentionally. It was more like a slow grinding down of both spirit and motivation. The other thing about trying hard is that when we do not get the results we want, it is terribly disappointing. Which brings me to the word: practice.

Practice is a sacred word to me, and it represents focus, intention, and purpose. The word practice is also revered in both Buddhism and yoga, two things that have supported and defined my life for 20 years.

In Buddhism, our primary activity is to practice meditation. In yoga, it is to practice asana, which is translated as: “to be seated in a position that is firm, but relaxed.” Curiously enough, both of these primary practices in yoga and Buddhism are rooted in the concept of giving up and letting go.

Trust me, I understand how cliché the advice to “just surrender and you will find your person” seems. I listened to many people tell me this, and it only irritated me further, as I was trying so hard!

Our systematic belief system as a society lends itself to encouraging overachievement, with the idea that the more effort we put into something, the more results we will get out of it. Why wouldn’t we apply this to dating too?

There is an alternative belief system in many spiritual practices, though, including the ones I partake in daily—and they include relaxing into the moment, accepting what is, and releasing our resistance toward experiencing ourselves (and the moment) just as we are.

I was not doing this with my search for a life partner. I actually would scoff when I received the advice to “relax” or “take a break” from dating, when I would express my frustration and lack of finding “the one” to my family and friends.

What might be good counsel to glean from this, pertaining to dating, is that it is perfectly okay to simply be as we are. I was tired, a little bitter, slightly jaded, and feeling more lazy than motivated when it came to the opposite sex. So, I decided then to practice what I so often hear teachers promoting—and what I often preach to others myself—I gave up.

One of my most dear spiritual mentors, Pema Chödrön, writes at length in her book, When Things Fall Apart, about the practice of giving up hope. She presents that it is our attachment to grasping for “something better” that keeps us suffering.

So, I deleted my dating apps and canceled any prospects that really weren’t going anywhere—and I closed my mind to the idea that I must make some great effort to find my love. And the next time I decided to try a date, I took a different approach. I chose slowly—but most importantly for me was that I presented myself as I am.

My dating profile stated exactly what place I was in. It admitted that I was slightly jaded and perhaps a bit bitter, but possibly willing to try a new relationship. Also, in the first line, it bluntly reported that I was lazy as far as dating went—interestingly enough, this was exactly the statement that seemed to appeal to many people! It was also the statement that gave me, myself, permission to take it easy this time.

I said no to some requests, and I blatantly ignored others. I kept living my own life, and I gave up on “the big search.” I just stayed open to the idea that—if I felt like it—I could go out and meet someone.

Keeping in mind the meaning behind the word “practice”—of focus, intention, and purpose—I was now practicing partner hunting with a focus on myself, my purpose to enjoy my life while doing so, and with the intention that nothing had to change.

The first date I went on—I met someone special. Still, though, I chose—like Pema recommended—to not hold on to hope.

This new person loved that I was slightly lazy. They seemed to be interested in the notion that I might be a bit jaded—and appeared to be put at ease by the fact that I had no big expectations.

I was relaxed and embracing the practice of giving up. Honesty and authenticity are refreshing tactics sometimes, aren’t they?

Maybe there is something to be said for these practices that sages, yogis, and gurus have taught for thousands of years. Maybe, just maybe, we can apply them to the dating world too.

Instead of Searching for Love, allow it to Arrive—Buddhist Style.

An Unexpected Marriage: How I Gave Up & Found Love.