How we’re Failing our Little Girls & 3 Ways to Stop. 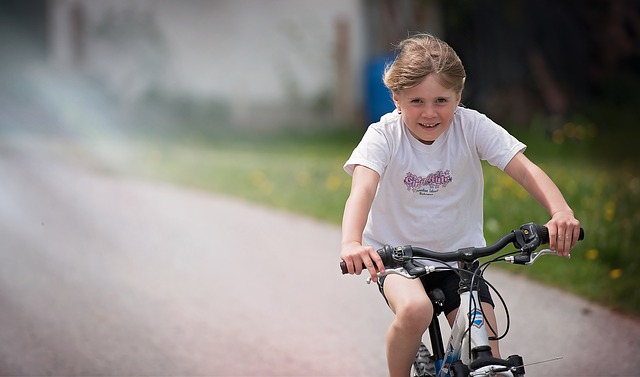 My 20s and 30s, to be completely candid, went by me in a blur of debauchery, alcohol, and substance use.

So, when I made the decision to turn the ship around and set sail for calmer waters, it was quite a relief to family and friends. There was something about turning 40 that clicked off some kind of existential alarm clock inside me, and after celebrating my first year of sobriety, I began to have big ideas.

One of the biggest ideas I had was to start a new family.

I had a daughter when I was 30, but her mother and I were, what some might refer to as, a train wreck. We were both wrapped up in a life of insanity and so, when all was said and done, she returned to her family who lived hours away to get help for herself—and she took our daughter with her.

Needless to say, I didn’t have as much to do with my child as I would’ve liked.

I believe the universe, after seeing how hard I pushed against the resistance of my old habits, saw fit to not only gift me with two more beautiful daughters, but also the wherewithal to learn how to do something to support them financially and emotionally.

Like many parents who turn over a new leaf, I felt like I had one chance to do this fathering thing right. I have certain advantages over young parents, I believe. Not the least of which is the realization that no matter how difficult daughters can be, having them in my life is still an unfathomable gift.

Observing the way an older daughter and younger daughter relate to one another has been educational, humbling, and—for lack of a better word—a blast. My youngest, River, is three, and has absolutely no fear when it comes to keeping up with her five-year-old sister.

Initially, this used to scare me quite a bit and I would run behind her as she took life by the throat and remind her to “watch out” or “be careful”—that is, until I saw the eye-opening TED talk from Caroline Paul. Paul is a NY Times bestselling author with a special place in her heart for the rearing of fearless and courageous little girls. In other words—badasses.

In her talk, she spoke of one study from The Journal of Applied Developmental Psychology that involved a playground fire pole.

Not only were parents petrified at the prospect of their daughters playing on this playground fixture, more times than not they would be seen assisting with the process. At first blush, this may seem like the somewhat ordinary protocol of parenting, but when the same study showed that boys were cautioned far less and hardly ever assisted by their parents, we get to the crux of why we are failing our female children most of the time.

This TED talk made me want to do a little more digging and what I found out was eye-opening.

Another study by The Journal of Pediatric Psychology posited that when it came to emergency room situations involving children we see this erroneous pattern again.

The injured boys would be patched up and essentially patted on their butt as they were thrown back out into the world to go about the business of being little boys. Most of the time, the little girls would be attended to and warned not to engage in the activity that caused the injury. This was, of course, not the case every time—but the study proved that girls were four times more likely to be warned than boys.

The problem with the way we, as a society, continually socialize girls to be afraid, to need assistance, and discourage them to engage in risky play, seems obvious.

We are perpetuating an endless cycle of deference and inferiority in females and doing them a grave disservice. This becomes all too clear when we watch our daughters enter adulthood ill-prepared for the sort of risk-taking that generally results in successful advancement in the workplace or in entrepreneurial situations.

As much as it is instinctual to run behind a wild and carefree three-year-old girl warning, “Be Careful!”—we really should not do this. It’s okay to replace those concerns with, “Focus on what you’re doing” or, “You got this!” But I, for one, have put a moratorium on the “frantic parent semantics.”

I’ve found that it is natural that little girls and boys fall down, get hurt, cry, and move on—whether we are filling their heads with unhelpful words or not. So, I allow them to engage in risky playground behavior without all the verbal negativity.

Be mindful in our actions

My little girls need to be held and consoled when they get hurt, but they don’t need wholesale protection from anything and everything that might hurt them. They are so much better off when they are attended to and allowed to get back to what they were doing—same as the boys in that emergency room study.

Most little girls are resilient and courageous right out of the gate and it is the myopic beliefs of society at large that gradually take that away from them. As a father, I have the opportunity to counteract those poorly designed social constructs by congratulating my girls whenever they stand up to danger (within reason).

A lot of this stuff, I realize, almost seems counterintuitive for dads. We have been programmed to protect our little girls with every sinew in our bodies. However, it really pays to push against gravity in this case.

Take a look around. In this world we live in, we have no choice but to do everything in our power to raise badass little girls to become badass young women.