What I Learned from Publicly Sh*t-Talking on my Ex. 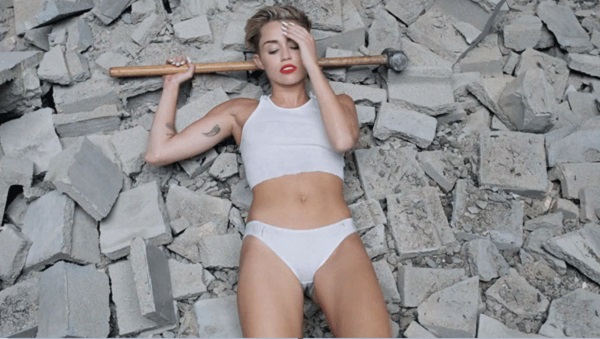 I never thought I’d be the kind of person to share her private life on social media.

Better yet, I never thought I’d be the kind of person to sh*t-talk on social media.

But this last year, I found myself doing just that. And I did it under the guise of “Instagram poetry.”

If you don’t know what Instagram poetry is, it’s shorter, more accessible writing that is shared on Instagram by writers and poets. This kind of writing can be a great way to connect with a large audience and gain a following who will then read your work outside of social media.

But I have a confession: I got sucked into that small bit of power that social media makes you feel like you have, and I abused it.

I had just broken up with my boyfriend at the time and, like most people post-breakup, I was angry. So, I decided to write a bunch of not-really-poetry poems about all the things that were wrong with the relationship, hoping that he would see it and feel really, really bad, and realize that I was so over it and would never want to date again.

But I was on fire. I was writing about all of my exes. I was fueled by all the things I wished I could have said to them but never did. For the first time, I had this space where I could get my message out there and make them listen.

On the one hand, it felt healing, cathartic. I was letting it all out. On the other, it didn’t end up having the desired effect one bit.

A few months ago, I had a phone call with one of my exes because he was leaving town sort of indefinitely and I ended up saying, out of the blue, “I’m so sorry I’ve been writing about you. I didn’t mean to do it to cause hurt (although, I did) and I hope you didn’t feel that way.”

He then said something unexpected: “I never thought you were trying to hurt me, I figured it was just art.”

As soon as he said that, I was filled with disappointment.

He hadn’t been hurt by my words. In fact, he’d actually thought nothing of it. Meanwhile, I’d been madly typing away with glee and rage, thinking I was unleashing some kind of dark-magic superpower.

And so, I sat there, left with nothing but a bunch of crappy poems, overwhelmed with feelings of shame and regret.

So, what did I learn from all of this?

I learned that if I’m going to write about someone, I need to woman-up and first tell them how I feel. We can’t cryptically speak to someone through social media, hoping they’ll get the message. Most of the time, they’ll just say f*ck this, and scroll on by. Or, like my ex, they won’t even realize what the intent was.

I now think twice before posting something on social media and ask myself first: would I say this to their face? It’s scary saying how we feel up-front; that’s why we tend to avoid doing it. But indirect communication is not going to benefit anyone.

I have had to learn how to have real, open dialogue with the people in my life.

It’s okay if we’re not good at verbal communication, but it’s important to give our message directly. Even if that means writing someone a letter, or even just sending a text.

After my phone call with my ex, I realized that conversation was the most candid I’d been with anyone in months. It can be healing to speak openly and honestly about how we feel. It can help us to have closure and to move on.

I learned that we need to get permission before writing about someone.

Most people don’t mind if they’re our muse, but no one wants to be written about without their prior knowledge, especially if it includes not-so-nice things.

We also need to have enough space from the situation so we’re not writing about it from a place of hurt.

We can write meaningfully about heartbreak once we’ve had time to step back and reflect. But if we’re right in the heat of the pain, our words are going to be one-sided. And that doesn’t make for very interesting or profound art.

I still write about my past relationships. In fact, I find it hard not to write about them because there is so much that I learned from these experiences that makes for great writing. But I now write about them from a place of reconciliation.

I have taken the time to pause, reflect, and understand the situation holistically rather than writing about it with a narrow-minded view.

When I was writing from a place of hurt, I was often writing as if I was the victim. Sometimes, that is case, but most of the time, it takes two for a relationship to fall apart.

The truth is, relationships don’t work out for a multitude of reasons.

Maybe we just weren’t compatible. Maybe we were trying to fool ourselves into believing we were in love. Maybe it was the wrong time and place. Maybe one of us was always running late. And maybe the other could never learn how to let it go.

Writing about love should capture all of that. It shouldn’t just be the “he was an a**hole who hurt me” that a lot of love poetry is about.

A few weeks ago, I ended up going back through my old poems and re-writing some of them with all of this in mind. And you know what? They are a hundred times better and more relatable than the originals.

We’re never going to stop writing about love. It’s the engine behind most great art, after all. But there’s a way to do it that involves a lot of hard work—not just as a writer, but as a human being. 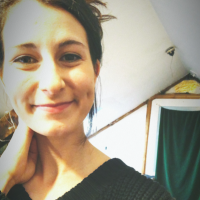