4 Ways to Dump your Jealousy & start being Happy for People. 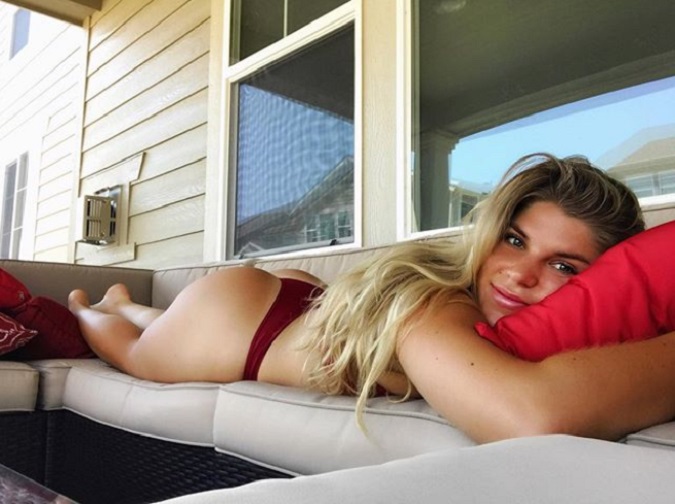 Some would call that a character flaw, but I consider it one of my greatest strengths. Not sensitive in the “you gave me constructive criticism so now I’m going to cry” way, or the “you think I’m ugly and I’m so invested in your opinion of me that I actually think you’re right” way.

It’s more like, my friend just landed her dream job and I feel like it’s a win for both of us. I was at a fallen soldier memorial park the other day and there was a man sitting at a monument subtly crying, and I started crying. I bear the emotions of other people because we’re all the same.

Because of this, I try to limit my social media use. It’s a powerful tool, but it doesn’t feel good to spend your life watching someone else live their’s. That being said, it can be hella entertaining and informational when you just feel like zoning out. Plus, memes.

But lately, every time I get on any platform I stumble into some kind of hate. Girls hating on other girls for wearing their hair down at the gym, or sports bras at the gym, or little booty shorts at the gym. People saying incredibly cruel things about celebrities—as if they’re not real people with real feelings just like us. People just straight up hating on other people’s passions.

Not a fan of J Cole’s new album? Cool! But realize, that’s his art. It’s pretty damn brave to spend months pouring thoughts and energy into a product, and then being vulnerable enough to put it out for the world to judge.

Think body building competitions are worthless? Rad, don’t do one! But don’t lecture someone on prep, or about how they need to eat, or assume they’ll rebound afterward.

Do you really feel personally offended by that girl lifting in a sports bra/with her hair down/her bum slightly showing/having makeup on? Okay. I think a better question to ask yourself is why do you feel that way. How do any of the above scenarios directly impact you?

Holding onto jealousy is a lot like holding onto anger—it poisons you. Harboring resentment like that just makes you bitter; it has no effect on the other person. We’ve become attached to this idea that another person’s achievement is a loss for us. It’s not. Someone else’s success doesn’t take ours away.

We can all win.

But Tylar, how do I do this? How do I not be jealous of other people? Omg, I’m so glad you asked:

1. Have something going for yourself (Part I: Career)

“Keep failing forward” is a saying I like to keep tucked in the back of my mind. I’ve never had this big dream for my life. I’ve never known what I wanted to be. And I promise it’s not due to a lack of soul searching or life experiences.

It’s just that I know in my bones I was put on this earth to love people and make them feel understood and important. How do you quantify that? How do I turn that purpose, that talent, into a career path? Do I even need to tie my career to my purpose? Or should a career just be this thing that makes me money? But how do I not tie my life purpose to my career when I spend the majority of my days working? Ehh?! Initiate quarter life crisis.

I kept seeing all the people around me succeeding, and I was frustrated because I felt like I had all this ambition inside of me and I didn’t know how to pour it out. But I never stopped doing something.

My first job out of college was teaching special education. I could have stayed in that role, been financially fine, and life would be peachy. But something inside me wanted something different. So I spent the next four years trying other things, not really excelling at any of them, yet knowing I was failing in the right direction.

If you’re lucky enough to have a job you like, I am genuinely happy for you. And if you find yourself feeling jealous of others, hone in on your talents and work. If you’re a little more lost, don’t let the fact that you’re not currently doing what you feel like you’re meant to do keep you from doing anything at all. Just. Keep. Trying.

2. Have something going for yourself (Part II: Soul)

Your outlook on life is directly proportional to how much you like yourself. If I have just one skill to my name, besides remembering song lyrics, it’s listening to my soul.

I’ve never been great at vocalizing my thoughts or plans, but I’m damn good at recognizing them and making friends with my feelings. I promise you, it’s real easy to be jealous of someone else if you don’t like yourself. So how do you go about liking yourself? I’d say it depends on the person, but I think a few things are universal:

>> Be gentle with yourself. Learn from your mistakes and forgive yourself for making them. While you’re at it, forgive people who have hurt you too. And quit holding onto guilt. Let things go.
>> Use your failures—actually any trauma in your life—as a catalyst for positive change. Don’t fixate or wallow. Move on.
>> Nourish yourself. Shift your diet to real f*cking food (most of the time) and watch your entire life improve. The food we consume actually impacts our gene expression, so best believe that your sh*tty mood is completely correlated with that Taco Bell you ate earlier. Additionally, move your body. You know how dog owners (the responsible ones anyway) make sure their pup gets enough exercise during the day so he/she isn’t an anxious terror at night? People are just like that. Take yourself on a walk, boo-boo. And don’t hang around stagnant people who make you feel bad about yourself or your dreams. Relationships should nourish you too.

3. Chill with the social media

Our brains weren’t meant to go from looking at a butt, to an ad for vitamins, to a beachfront vista, to a meme, to a World Star video, to a baby, to a quote, to a sports clip…just shhh.

So much stimulus. Put the phone down and go outside. Look at the sky. Pet an animal. Talk to a human being. Listen to music. Let your brain just be. Ever wonder how many creative thoughts are lost because you’re distracted by the next thing?

4. It’s not that serious

I did an interview last week for my friend’s podcast, and she asked me what my personal motto was.

The first thing that popped in my brain was, “Life isn’t even real.” Stay woke, guys. We’re these skin suits boppin’ around on this floating rock in an endless abyss. A table isn’t even a table—it’s a bunch of atoms moving so super freaking fast that it makes it seem like a hard surface. We’re these enormous souls having a human experience.

Granted, when you’re in it, it feels so real. There are bills to be paid and commitments and work and complications. Bleh. But next time you find yourself worked up about something on social media, or rush hour, or being late, or taxes, try to remember it’s not that serious. It’s not even real. Do what you want, as long as you’re not hurting anyone. Don’t be self-limiting.

It’s okay to be competitive—healthy even. But don’t get to the point where it hurts you to see other people win. Get right with yourself and watch the universe start sending goodies your way. 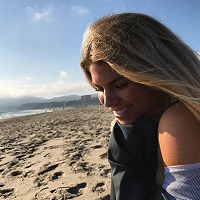