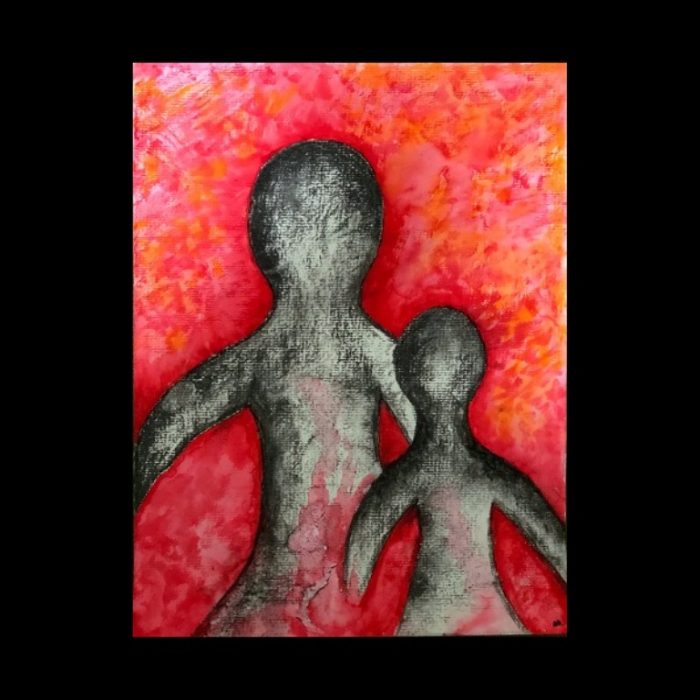 When my husband told his parents about our relationship in 2004, a year after we started dating, his mother’s reaction was rather dramatic.

“How can you think of marrying someone who is not a Christian? I would rather die than see you go to a Hindu temple.”

He responded, “I believe this is my choice to make. To me, being a Christian means embodying the values of Christianity and not the rigidity of rituals.”

My husband’s mother did not talk to him for three weeks after that—she needed time to process the fact that her son had evolved in ways unknown to her.

Eventually, though, she came around. She knew that her son had made up his mind and would not budge. We got married in December 2005.

The start of a difficult relationship.

My in-laws visited us in the United States in July 2007 and stayed with us for five weeks. I took them around Seattle, giving them the best experience that I could. I did my best to ensure that they felt at home. They are, after all, family. However, it didn’t feel as though my efforts were appreciated.

There were a few petty incidents where I felt disrespected. On one such occasion, my mother-in-law assumed that I was not adept at cooking.

I was young. I had expectations. I wanted and needed validation. And, I was a tad oversensitive. I sat in the walk-in closet and cried many times that summer.

My mother-in-law, on the other hand, was trying to accept the woman who had become the center of her son’s life. Letting go tends to be a difficult journey for many mothers, which I found extremely hard to internalize and empathize with at that time.

Over the years, however, my mother-in-law began to appreciate me.

And then came another huge blow: my husband told her that we were not planning to have kids.

She wrote an email expressing her devastation. She referred to me as not having “noble thoughts” anymore because of my lack of desire to have a child. This hurt me deeply, but I did not write a response. Instead, my husband decided to have a transparent conversation with his mother. He expressed how I felt about the email, among other things.

My mother-in-law wrote an email apologizing to me for her words, because there was never an intention to hurt me. It was an emotional reaction to the information she had received.

Since then, our relationship has grown substantially.

With an abundance of love, honesty, perseverance, and patience, any relationship can be transformed. Even the trickiest, most tumultuous and complicated relationships.

As an eternal optimist, with an undying faith in the power of love, I have never been able to give up on anyone in my life.

But it was not until I read The Sacred Path of the Warrior by Chögyam Trungpa, that I realized my mother-in-law and I have been warriors in our challenging journey of love.

We can transform any relationship with these four concepts, outlined by Trungpa:

1. All human beings have wisdom that can be used to solve problems. And this wisdom does not belong to any one culture or religion.

For us to learn, grow, and evolve, we must be open: to listen to what sounds like an antithesis to us, and to have a dialogue with love, kindness, respect, and compassion. As stated by Trungpa, “The essence of warriorship, or the essence of human bravery, is refusing to give up on anyone or anything.”

And my mother-in-law and I persevered endlessly.

2. There is an innate goodness in all human beings.

“Whether you are a gas station attendant, or the president of your country doesn’t really matter. When you experience the goodness of being alive, you can respect who and what you are.”

What we feel inside invariably expands out into the world, and affects how we view the world. My mother-in-law and I did not love ourselves unconditionally when we first met each other. But now we do. And it impacts our relationship greatly.

When we love ourselves unconditionally, we can see the goodness in all human beings.

3. “To be a warrior is to be genuine in every moment of your life.”

My inner self likes to confront unpleasantness, and I was not true to myself in how I handled the relationship with my mother-in-law. I could have had an honest conversation about my feelings much earlier on. Nobody stopped me from doing that but myself—I thought it would create friction.

Have the difficult conversation, even when it seems close to impossible!

My mother-in-law and I are open, honest, and transparent people by nature. We tend to express our thoughts and emotions freely.

In the beginning of our relationship, the communication was sincere but came from a harsh place. With time, our awareness and sensitivity expanded. We learned to be brave and gentle at the same time. We still have differing opinions from time to time, but now always make an effort to find kindness and gentleness in our communication, regardless of who it is with.

Be brave: work through areas of discomfort to the best of your ability in the moment.

Be gentle: find kindness within your heart, even when faced with an enemy. Listen to your body. Take a resting pose when you need to.

Today, my mother-in-law and I have a beautiful relationship. We are both stars of our own lives. We don’t have the expectations of each other we once did.

We have always been tigers in spirit. But now, we are also gentle swans. We share a true friendship and I genuinely feel the love a mother has, in her love for me. We are both warriors of love, light, and compassion. And it feels like bliss. 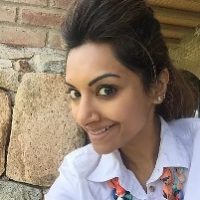