How Many Genders Does it Take to Change a Light Bulb? 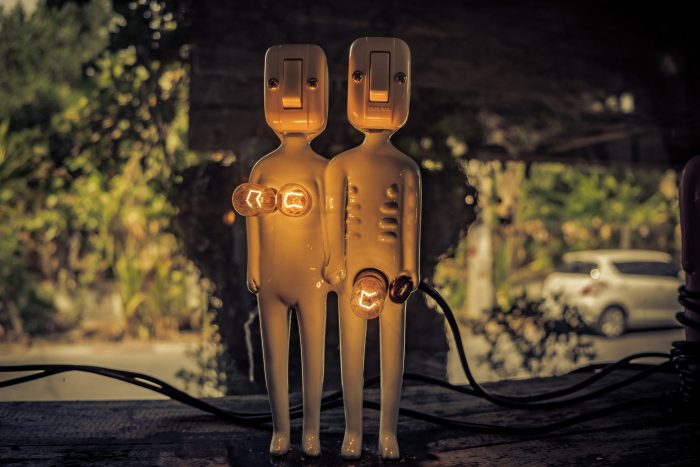 Editor’s note: Elephant is a diverse community of sixteen million readers and hundreds of writers (you can write too!). We are reader-created. Many blogs here are experience, opinion, and not fact or The One Right Point of View. We welcome all points of view, especially when offered with more sources and less invective, more frankness and less PR. Dislike this Op-Ed or opinion? Share your own take here.

Well, how many genders does it take to change a light bulb?

Okay, so it’s a variation on an old and silly joke, but you get the idea.

What’s with all the new genders? When I was a kid there were only two!

In 2014, Facebook gave more than 50 new gender definitions for its users to choose from. It’s hard to keep up. So, exactly how many genders are there?

This covers the majority of humanity who appear to be comfortable in their own skin, but there is a significant minority who don’t fit neatly into these binary boxes.

Some children are born with Gender Dysphoria (GD), formerly know as Gender Identity Disorder (GID), the feeling that their emotional and psychological identity as male or female are not aligned with their medically assigned gender.

As these children grow up, the gender dysphoria they experience can be highly distressing. Increasingly, treatment of GD is supported through psychotherapy, hormone therapy, gender expression and role, and gender reassignment surgery.

Controversially though, some prepubescent children with GD are prescribed hormones known as puberty blockers to delay the onset of puberty until they are considered old enough to make an informed decision about their gender identity.

However, other physicians report that a significant proportion of these children later do not exhibit any dysphoria at all—they literally grow out of it. Experiencing the typical teenage angst and alienation from the world can sometimes too easily be diagnosed as GD. Perhaps patience and counselling is the better option until children become legally adult and are able to make their own educated choices.

This may also be the best option also for those born as intersex, what used to be called hermaphroditism—having both male and female sexual organs and traits—rather than a doctor or parents choosing the gender of the child at birth, as has often been the case.

It is apparent, though, that transgender identity does not necessarily determine sexuality. For example, a boy with GD can be hetrosexual, transition to a girl and still be attracted to girls. But now that he has become a she, does that make her gay?

Or a boy with GD can be homosexual, transition to a girl, and still be attracted to boys. So, is she now straight?

To expound this point, the 2018 Gay Pride Parade in London was disrupted by lesbian protestors claiming transgenderism is anti-lesbian, with one of the activists stating, “A man cannot be a lesbian; a person with a penis cannot be a lesbian.”

This increasingly broad spectrum of gender and sexuality has been labelled “genderqueer,” a generic term for non-binary gender identities that are not exclusively masculine or feminine, straight, gay, or even bisexual. Pansexuals do not limit their sexual choices according to biological sex, gender, or gender identity. Genderqueers may express a combination of masculinity and femininity, or they may even identify themselves as having no gender at all—now termed nongendered or genderfree.

When we start to break down the issue like this, it is possible to see just why and how Facebook can have more than 50 gender identities.

But the rabbit hole goes deeper.

There is some strong opposition to this breaking down of binary boxes, not only from political and religious conservatives, but also from some prominent old-school feminists like Camille Paglia, Christina Sommers, Germaine Greer, and Julie Bindel.

Their problem is the transgender ideology that states: the moment any hairy-arsed man claims he is a woman then he is to be immediately treated as such. Not only that but he always was a woman from the moment of his birth, even if he has fathered children or won Olympic gold medals competing as an elite male athlete.

When people confidently claim, “you can’t change the past,” perhaps we should all think again.

These feminists see it like this: some men are no longer content with the patriarchy, so they have become wannabe women and are muscling in on women’s hard-gained safe spaces and female-only domains. To illustrate their point, Caitlyn Jenner, the aforementioned male Olympian, was recently awarded Woman of the Year.

That’s a slap in the face to some feminists, whose argument with transgenderism—just like the argument of many religious and political conservatives—is a simple one. We cannot confuse ideology with biology.

This confusion of ideology and biology is fast finding its way into the sporting world. What happens if a school boy identifies as a girl and competes in the female events? Well, this is no longer a hypothetical.

Let’s play the feminist devil’s advocate. What if Roger Federer one day identifies as a woman and wants to compete on the women’s tennis circuit? Could he medicate his testosterone levels, play three sets instead of five, still earn equal pay, and win everything in sight? Where would that leave women?

It’s easy to see why some feminists are clashing with the transgender movement. A furious group of feminist activists have recently taken to gate-crashing a male only swimming session in London. Changing in the male changing rooms, claiming they “identify as male,” they don false beards, and swim topless with some extremely confused looking men.

Currently in the United Kingdom, the Gender Recognition Act of 2004 allows people to legally change their gender after a series of tests are conducted by physicians. If the tests are passed, a certificate is issued allowing transgender people to change official documents like their birth certificate, driving licence, and passport.

New proposals to the Gender Recognition Act intend to allow people to self-identify their gender without the medical tests, a process that has been described by transgender rights activists as degrading.

Again some feminists are furious at this proposal. They say, if a man can just tick a box and claim he is now a she, or tick another box to claim they are genderless, what will happen to female safe spaces, refuges, clubs, groups, and gatherings?

Yet other feminists claim that gender is just a social construct created by men to keep women subjugated. If that is the case and we hypothetically remove that social construct we are then left with a new archetype, where anyone can be anything they want—the definition of transgenderism.

These confusions and questions require discussion and debate with uncommon compassion and calm, instead of the vitriol and vengeful censorship that so often follows gender politics like a dark, destructive cloud. It is always useful to remember that in the pursuit of equal rights, we all have to give something to get something.

Some countries are way ahead on equal rights for the transgender community. Countries like Ireland, Denmark, Portugal, Malta, Argentina, and Colombia have already made it legal to self-identify gender. And more countries are due to follow suit.

If I can respect their gender and sexuality choices, then they can respect mine. Preference is not a prejudice.

Gender identity and gender politics are clearly complex subjects that require both patience and tolerance to understand, and find fair and serviceable solutions for.

Gender politics also occasionally requires a sense of humour. Human beings, whether gendered, transgendered, or nongendered, can be equally regal or ridiculous from one moment to the next. In our passionate pursuit of new laws and liberties, let us try to remember the older lessons of laughter that make our struggles and burdens a little more bearable.

There was a song in the early 90s called “Girls & Boys,” by Blur, that pretty much sums up how I feel about this bizarre and brave new world of gender and sexuality.

“Girls who are boys

Always should be someone you really love.”

Somehow, it always seems to come back to love.