How to Get Closer to a Zero-Waste Life while also Giving yourself a Break. 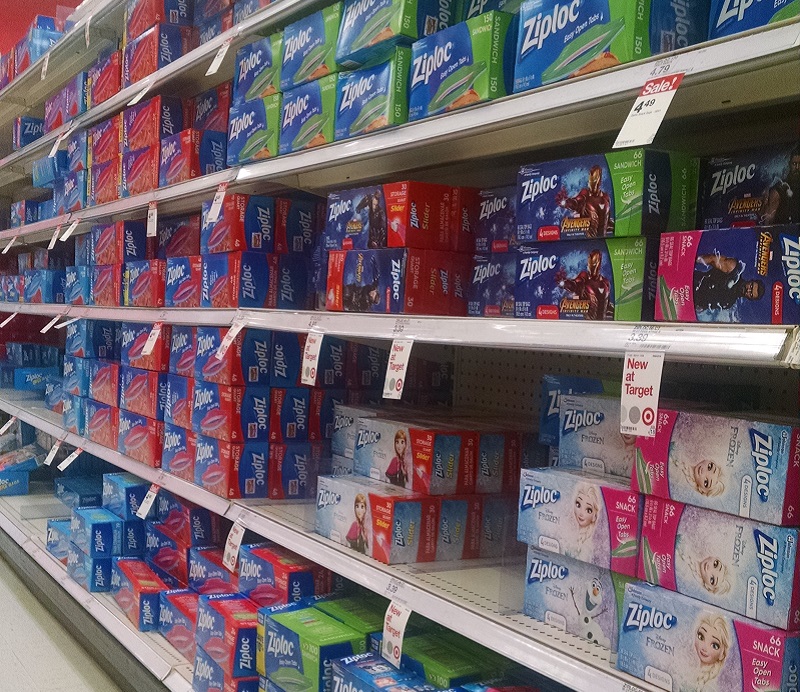 I really try to not be wasteful, but I definitely fall short of a zero-waste life.

I buy funky used clothing. I get dishes and tools at neighbors’ garage sales. I keep fixing up my well-loved car rather than opting for a new one. Most food scraps go to my goat. Our local recycling facility takes paper, cardboard, glass, all kinds of plastic, aluminum, and steel cans, so there’s not much left to throw away.

I take probably more pride than I should in putting out as little garbage as possible in the big bag in the plastic can on Thursday mornings. And I was always working to make it less.

It got to the point where most of what I was throwing away were plastic baggies. You know, the little bag that bread comes in, the little bag that the carrots come in, the little wrapper around the cheese. I can hear you listing options to avoid this, but the truth is that I live in a smaller town than most. We have one grocery store, one greenhouse, one small bakery. A little bit of food packaging seems to be an inevitable part of eating here.

It’s what I call the Baggie Barrier.

The one type of plastic bag I thought I could still cut down on was the kind that came 100 to a box with the resealable line across the top—the sandwich baggie.

This is an item I never purchased before I had kids. When they were teeny, having a baggie of cereal on hand really helped when outings ran longer than expected. And once you have a box of them open, it just seems easy to go ahead and use them. I justified using them for packing lunches because buying a big box of crackers and dividing them up was more economical than buying the prepackaged little pouches. Every once in a while, I also needed a baggie to get toothpaste and sunscreen through security at the airport.

I really didn’t use that many. A big box would last me a year or more because I would rinse them out and reuse them until some kind of hole got poked into one and made it unusable. I wasn’t using this disposable item as single use, which I considered a good choice.

But one day last year, I found a half box of these baggies in the back of my kitchen cabinet, and I made a promise—this is the last box.

I knew I needed to forge some new habits for food storage and such. I figured that I had enough time to learn new options in the time it would take to go through the last box of baggies, so I looked for other ideas to try. I bought a set of different-sized waxed hemp wrappers and figured out that steaming them over the tea kettle made them mold around the shape of the food better. I washed out some old canning jars for leftovers, which worked great. I started saving smaller jars, too, which led to some eye rolls from the kids in the grocery store as I excitedly proclaimed, “Look, strawberry preserves are on sale, and they come with a free little jar!”

Packing my lunch became an exercise in reduce/reuse/recycle. I still had to think about it, though; it wasn’t yet habit or instinct. But I was moving in the right direction as the last box of baggies dwindled away. I would cringe when I needed to use a brand new bag to give cookies to a friend. They were going faster than I thought. Every teeny hole in a baggie led me closer to the point of no return, but I felt good about preparing to break the barrier.

Then one day, it happened. I reached up to the middle shelf of the corner cabinet, pressed my hand into the box, and my fingers felt only cardboard. No more baggies. I pulled down the box to look and see if there was maybe just one more that had gotten folded up into the back. Nada.

And suddenly, it was the first day of my new life as a non-baggie buyer. The time had come. I had two left on the drying rack, but there would be no more new baggies. I felt a glow and a sparkle for having prepared myself well for this new leg of my sustainable life journey.

I imagined that birds and squirrels and porcupines and bears and surely the folks at the recycling center would think of me in a new light. The rays of the sun shined upon me differently now, because as a non-baggie buyer, I was an exceptional steward of the world.

”Mom, where are the baggies?”

He was holding the empty box, the baggie-sized one, the one I had somehow forgotten to unfold and put in the recycle bin with the other cardboard.

At first, I was undeterred. I was well-armed to offer alternatives to needing a baggie. I could offer jars in any size suitable to any storage need. I could fold my hempy, beeswaxy squares of varying sizes around any sandwich or pile of sliced fruit. Just tell me what you need, kid.

“I fell, and my wrist hurts. I need a baggie for ice so it doesn’t swell.”

Oh no, a non-food storage use of baggie-shaped plastic. I hadn’t read any articles about this.

And my kiddo was hurt. And needed a baggie to feel better. And I had gotten rid of all the baggies. What do I do now? My heart actually raced a bit.

Then it came to me. There was one upstairs that we had used on a trip. I found it, frantically dumped out the toothpaste, filled it with ice cubes, and handed it to my son while he smiled and slowly shook his head at me for nearly having a panic attack over plastic. I realized I had been pretty visibly upset, and that wasn’t how I wanted to act or to be perceived.

Upon reflection, I think I got a little too high on self-satisfaction at my baggie fast, and it led to a wave of self-criticism when the plan didn’t work out perfectly.

Linking too much of our self-worth to a pursuit of a zero-waste lifestyle, or any pursuit, is a recipe for disappointment. Even worse, it could mean that little setbacks lead to us giving up on the bigger goal entirely. Going all for broke isn’t necessary, or an easy way to make real change. It seems much more useful to make little adjustments as we can and celebrate as the changes become habits, not novelties.

While I am proud for forming and sticking to this plan, I also will give myself a break for not achieving perfection. I’m still determined not to buy anymore baggies, but I will keep and use the few I get from bake sales and such. To prevent lapses, I will place the box on the highest shelf, so I will have time to consider other options as I get a chair to reach them.

I have both admiration and jealousy for those people who can fit a year’s worth of their trash into a mason jar, but for now, that’s just a dream, not a reality for me.

My reality is focusing on being thoughtful, carefully considering my consumer options, and coming as close to doing no harm as I possibly can. And I know I can do this successfully every day with lots of little choices and very few baggies. 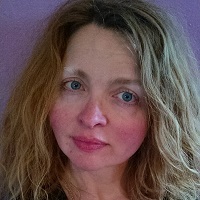 Say No to Plastic with the S.T.O.P. Technique. Three Simple Ways to rid Plastic & Toxic Vinyl from your Daily Life.