How Trump could Kill Democracy without breaking the Law. 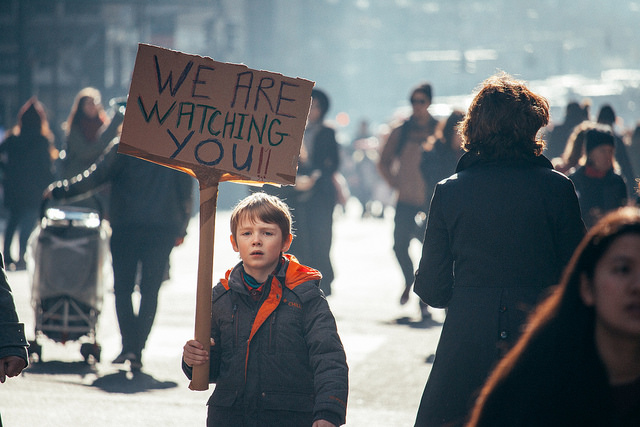 Democracies can be shattered through norm breaking alone.

Norms had to be broken to pressure Fox News to sack journalists critical of Trump; to break the Republican resistance with taunts and attacks; and to make people believe millions of votes had been stolen.

Norm breaking might lead to the selective prosecution of Amazon under anti-trust laws to crush the Washington Post. It could break CNN through selectively interfering with its parent company. It could lead Trump’s followers to attack people at the polls in swing states. And through it Trump could pardon himself of treason.

Norm breaking can put an end to civil debate, downgrading the role of reason in democracy. It can facilitate the dismissal of technocratic advice, thereby strengthening presidential power over the bureaucracy.

It can transform the meaning of democracy into mob rule and break all faith in democratic institutions.

Add it all up, and throw in some more as Trump tightens his grip, and we could find ourselves in a largely legal slide to tyranny.

It is no accident Vladimir Putin and Viktor Orban, the undertaker of Hungarian democracy, are both lawyers: a clever lawyer can shatter a democracy while remaining inside the law. All that is required is to break the norms protecting the most sacrosanct rules and then use your new freedom to change the laws.

The importance of norms to democratic institutions has been something of a blind spot for the left. For we tend to think what is written in law will soon be transcribed on our hearts, and this has made us unable to see the real danger Trump presents.

While the far left has been thinking he cannot do much damage if he cannot pass any laws, conservative thinkers have seen in his endless mendacity and schoolyard taunts the very fall of the republic.

It is ironic that the progressive left, which tends to be more psychologically and socially astute, would be so unsophisticated when it comes to the role of norms in institutions. For institutions are not just the rules of which they are comprised, but the habits of the heart that make us lend to them our allegiance, and the left tends to be more sensitive to human sentiment.

But the left is also hungry for change, believing the human condition can be improved through the state, which might galvanize the resources to make it happen. But to do so, it needs to create new institutions, and conservatives never weary of reminding us that institutions cannot be created through legislation alone. Hence, progressives tend to hear only limitations in all this talk of norms. which they have come to associate with hard-heartedness.

But fascism turns the old debate on its head. For in spite of being closer to it, conservatives are able to see the threat more clearly. Thus, the neoconservative, Robert Kagan, was one of the first commentators to call Trump a fascist—the libertarian conservative, Thomas Sowell, the first to compare him to Hitler. And it is George W. Bush’s speech writer, David Frum, who wrote one of the best books on how Trump poses a threat to democracy itself.

The problem is that while conservatives may recognize the value of norms to democratic institutions, they have their own blind spot: the blind obedience to power, especially an authoritarian power, which promises to give them strength.

For conservatives also have a weak spot they do everything to disguise: few possess the autonomy typical of people on the left, who cherish self-expression and make of it a vocation. Hence, even as it destroys everything they love, conservatives are peculiarly receptive to fascism.

If America is to break the fascist trance, it requires a vigorous left to fight the abuses of power and punch holes in the fascist illusion. But it also requires a decent moderate right, to remind us of the norms that might bind the wounds of the nation, and tie us together with the truths we once found self-evident.

We should all give some attention to how we might work together, not in compromise, but in a spirited, united front, to protect the institutions each of us cherishes, and cherish the freedoms each of us wishes to protect.