Why we Chase after the Ones who Break our Hearts. 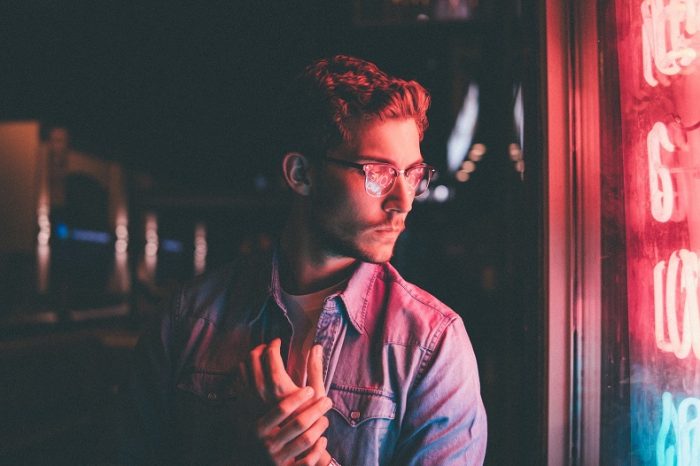 I remember when I was in college, I befriended this old curmudgeonous poet from town who told me that the definition of love was “desiring only what is best for the object of your affection, regardless of how it affects you.”

My young and painfully attached mind was utterly blown away by this.

“Could I possibly love another human that much?” I wondered. “Could I just let go of someone I was in love with if I knew in my heart they’d be better off without me?”

It was a lofty concept.

Wisdom and experience has shown me, all these years later, that there are hardly any clear black-and-white definitions of anything—most especially this thing we refer to as love.

In fact, the closest meaning that I’ve been able to agree with thus far is “that feeling that most closely resembles what our parents gave us in our formative years.” I only say this because—let’s face it—looks, for the most part, are subjective. We may believe we are attracted to a certain “type,” but I am really beginning to come around to the notion that we can only get those strong butterfly vibrations in our gut for the people we are certain will treat us—and oftentimes hurt us—exactly the way our parents did. We may tell ourselves that this person is boring or that person doesn’t turn us on, but if they lack the personality makeup of someone who is going to supply what our parents gave us, they just won’t make the cut.

I have read many self-help books in the last 10 years that bend over backward inventing all kinds of explanations that are a lot more complicated than the one I just gave—but to me, this idea makes the most sense. Love is a strange concept. but it is also an emotion and one that is not easily intellectualized. It is rooted in our most primal behaviors. Primal behaviors are the ones supplanted in us from infancy. Whether we want to believe it or not, we spend a majority of our adult lives trying to replicate that secure feeling of someone being completely in control of our basic needs.

Unfortunately, what happens more often than not is that we get exactly what we seek out. If a person can only be turned on by someone who is dangerous to them, they are obviously going to be in danger before long. I don’t say this didactically, because I am just as guilty of chasing after everything that is bad for me as the next person. Knowing why is not quite enough. As I mentioned, it doesn’t live in the intellectual realm.

It does, however, bring up a really pertinent question: do we stop doing what we’ve always done and try to force ourselves to fall in love with someone who will be much better for us, but just doesn’t turn us on in that primal way we crave so much?

According to British-born philosopher and author, Alain De Botton, that actually might be a good plan. In his “Zeitgeist Minds” talk he gave for Google, he said, “The demand for perfection will lead you to only one thing: loneliness. You can not have perfection and company. To be in company with someone is to be negotiating imperfection every day.”

He goes on to explain that if we actually must pick the type of person who is going to hurt us in that familiar way we crave so much, we need to learn to respond differently than we did when our parents first began to program us with this destructive information. To put it more succinctly, if we chase after a distant lover because we have been taught to do so by a distant parent, we absolutely must not vie for attention now as we did then. It will only create a vicious cycle which will grow to unbearable proportions. Instead, we should accept the fact that we need to compromise.

So, there it is in a nutshell. It seems as though we really need to decide what kind of compromise we’re willing to accept. The lover who doesn’t give us butterflies, but is there for us lovingly and consistently—or the “tricky type” we long for who will keep our lives pulsing with drama and strife at every turn.

Personally speaking, I have yet to decide which direction suits me—but at the very least, I feel as though I now understand my mission. Armed with this new information, I can now joyfully pick my poison!

The Difficult Task of Learning How to Love. The 5 Habits of Highly Responsive Partners.