A Hot Take On Mindfulness. 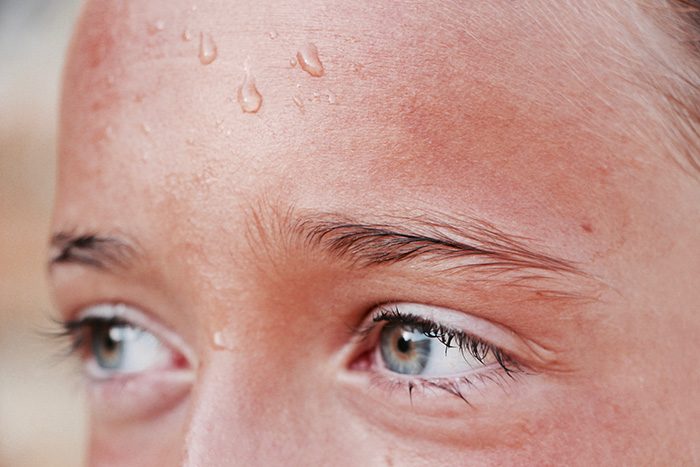 It was just my second time practicing Bikram yoga, and I was a hot mess.

My coworkers had decided to converge at a studio quite some distance from my Center City pad, part of a team building activity for the new media venture we were creating.

This was not the time to be showing up late, or missing opportunities to bond, but the commute in rush hour traffic had left me scrambling, and I was down to the wire.

The doors to the studio were locked promptly at 9:00 a.m., no exceptions—a rule commensurate with the discipline and puritanical rigor of hot yoga. This was not a form of practice where it was cool to show up late, or to get into child’s pose anytime one needed a breather. This class was uncompromising and exact.

And, if I missed the boat, I’d be waiting around for the next 90 minutes for the class of precisely-sequenced poses to culminate.

The universe was on my side (as it always is when conspiring to give us the experiences we’re meant to have) because I tumbled through the studio’s entrance doors at 8:59 a.m.

I made it just in time, but I didn’t feel much relief or gratitude. There was no space to take a breather between the madness of the drive and the intensity of the impending workout, and I felt unnerved, which turned into full-blown anxiety when the instructor announced that she allowed only two water breaks at specified intervals, and then directed us not to leave the room until class had fully concluded.

I found myself in an interesting alchemy: dropping into Miss Army Drill Sergeant’s class on the very day where I felt least in control of my mind and faculties.

As class got underway, I threw what little mental bandwidth I had left into the undertaking, making it to the halfway point, more or less fluidly. The second half was less forgiving. In the 105 degree heat, I felt like I might suffocate. With sweat dripping into my eyes, a cloudy film covered my contact lenses, obscuring my vision even as I repeatedly blinked to clear it. The poses were challenging, and I felt desperate. My mind screamed for relief, and I hallucinated about running to the door and escaping the torture for just one, sweet, cool gulp of air.

But I was compelled to stay put.

Beyond the instructor’s admonishment, I had never witnessed anyone actually leave the room, not even the older practitioners in their 60s and 70s. If they could do it, I could, too. I fought to rein my mind back in, breathing slowly in even swells through my panic.

The more my mind tempted to stray toward upset, the more I called on my mindfulness practice to help guide me through this agitation. I used the muscle I had already cultivated around attention to keep my mind anchored on the poses, and regained the control I needed to get me to the end of the class.

For several hours after the class, I was on a towering high—in part, from the aerobic action of the alternating seated postures, and quick successions of twists and constrictions, followed by lying down. There was also an accomplished pride transfused into the post-practice euphoria. It was profound how much control I had over my mind and its travels, once I was forced to exercise it.

I had stayed present and stayed the course.

Sometimes you have to be pushed to the mental edge in order to know that you can plow through—and do so without freaking out. Mindfulness helps you push past that mental edge.

Yoga instructors often talk about the potency of the practice off the mat, alluding to the way its positive benefits spill into the rest of your life. Pushing your mental edge is a great example of this phenomenon.

When you are used to holding still and steady in a place of great discomfort, you achieve a heightened ability to weather storms.

This is why practitioners and meditators are much more placid, imperturbable people. They are the last folks to turn violent, aggressive, or lose their cool. This is because they’re cultivating the skills of attention, equanimity, and mental fortitude on the mat, and bringing them back to life in fruitful, productive ways.

It’s often an unconscious process, a slow building of mental muscles alongside physical ones, toward an energetic shift of frequency to something more elevated.

Imagine a world where we could steady ourselves so well in moments of flux that we all took time to comprehend and process before reacting. We’d give ourselves the chance to throw smiles instead of punches, show compassion instead of selfishness.

The total tonnage of positive emotions on Earth would increase, and we’d be a planet not just surviving, but thriving. 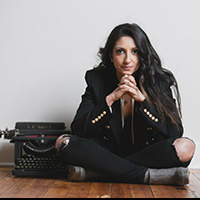 10 Commandments of Bikram Yoga. What to Know in the Hot Yoga Room. ~ Naomi Clark How Bikram Unintentionally Inspired the Evolution of Hot Yoga.