What if Trump’s Holocaust is Already Happening? 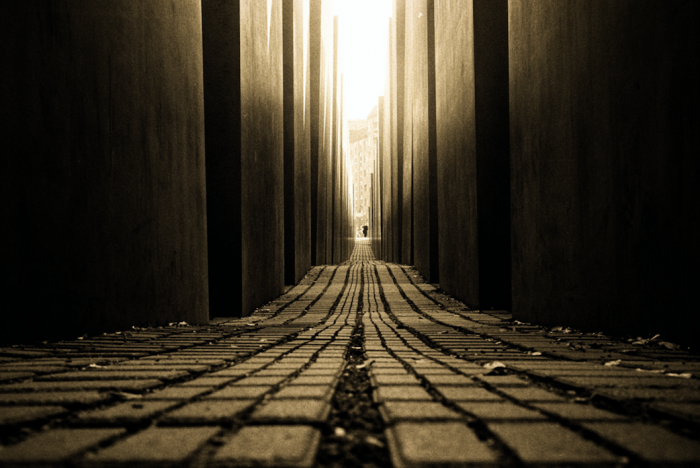 Imagine how you would respond to the news that eight million people were starving to death as a direct result of American actions, and that the situation could get worse, affecting another 10 million and leaving a substantial portion of them to die.

Numerous commentators have compared Trump to Hitler, yet none have suggested he might actually commit a genocide of Holocaust-like proportions. But what if he were already carrying it out, and we were watching it unfold right before our eyes, and yet, somehow, mysteriously, we did not notice a thing?

Ordinary Germans living in the Third Reich knew Jews were being shipped away and not returning. Soldiers were writing home about “the Holocaust of bullets” in Ukraine, where Jews and Slavs were being shot by the thousands and thrown into pits. The theft of Jewish wealth was largely fueling their economy, and enough soldiers worked in the concentration camps for word to get out. And yet, according to Peter Fritzsche, in his exhaustive study, Life and Death in the Third Reich, most tended to ignore the topic or explain it away altogether. And we should not expect ourselves to behave any differently.

Most people have no idea how they would respond to their government carrying out such a holocaust.

And yet, the United Nations reports eight million Yemenis are on the brink of starvation this very moment, and another 10 million are threatened with it by the end of the year, due to the blockade of their ports by Saudi Arabia, which is starving the country, with British and American arms and logistical support. And yet, even as American involvement intensifies, under the most hated administration in at least a century—which is strongly opposed by close to half the country—the vast majority of Americans have nothing whatsoever to say about this vast and imponderable crime against humanity.

We are turning away as genocide breaks out again.

The U.N. reports that over eight million people are now at risk of starvation in Yemen. But the recent assault on the Yemeni port city of Hodeidah, where 70 percent of food enters the country, will put another 10 million at risk of starvation by the end of the year. It has been a year and a half since aid groups started reporting a child in Yemen dies of hunger every 10 minutes, which suggests the famine has already killed about 75,000 children. However, most newspapers are saying that only 10,000 have died as a direct result of fighting, bizarrely repeating this figure for well over a year. It is a striking instance of denial, but not nearly so much as that of the people skipping these articles altogether.

Saudi airstrikes have targeted hospitals, wedding parties, aid warehouses, and infrastructure, like bridges and ports, critical to food distribution. Yemen is a largely rural country, where most people live in isolated villages, and it imports 90 percent of its staple foods. Hence, the closure of ports is life-threatening to a substantial portion of its inhabitants. And it is beginning to show in the countless photos of emaciated children, whose frail and famished bodies are reminiscent of the Ethiopian famine of the 80s.

Yet, the famine is being ignored, much like the Ukrainian Holodomor of the early 30s, in which Soviet officials forced hungry peasants to hand over their last stores of grain—tearing apart their houses to search it out—as the dead and dying littered the countryside. In the end, 3.5 million Ukrainians died of hunger, as thousands resorted to cannibalism just to survive. Meanwhile, the western press corps, which regularly heard about it in Moscow, where they were stationed, failed to report on it, lest their press credentials be taken away. They even undermined the one brave Irish journalist, who traveled the countryside to get the story.

It is common for people to ignore the warning that millions might die in a famine, only to be shocked when after a few years or so they start to die off. It is not simply that we cannot imagine it happening; we are also so horrified by the thought of it that we ignore the threat completely. There is something surreal and unimaginable about such a total collapse of everything we count on to survive.

But each and every American is now at risk of becoming like those Germans who denied the Holocaust, even as it was happening before their very eyes.

Many would argue America is just one of many countries in the Saudi-led coalition attacking Yemen and that Trump did not start the war, but rather picked up where Obama left off. Yet, whereas the Obama administration initially supported the Saudis in their effort to reinstall the internationally recognized Hadi administration, with full U.N. support, following the seizure of power by Houthi rebels, by the time he left office he was curtailing arms sales and threatening to downgrade the American-Saudi alliance altogether.

Meanwhile, Trump pulled closer to the Saudis upon entering office, stepping up arms sales and bragging about it with a fancy chart demonstrating how much money he was making the country. American logistical support has also increased in recent months, making America complicit in these crimes against humanity.

In the end, it is possible that several million Yemeni civilians will die as the famine enters its third year. While it differs from the Holocaust in that Yemen is distant and the intention behind driving so many millions to the brink of starvation is murkier, history may not judge it all that differently. Hitler had not come close to this level of destruction until he had been in office for over half a decade. But for Trump, it is just matter of course, yet another outrage amid a constant barrage of scandals.

The Holocaust was probably lost in the noise of so many other aggressions of the Nazis, but in the end, it was the chorus that would condemn them for eternity. If you think it cannot happen here, then you may be more like those Germans who could not face the Holocaust than you might like to think.

The Holocausts We All Deny. We are Turning Away as Genocide Breaks Out Again.