Why we’re Afraid of Becoming who we Really Are. 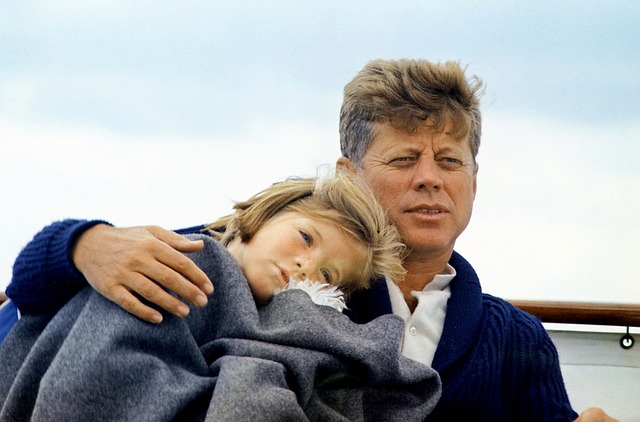 There’s only one thing we can ever really know for sure: we are all on a journey through life.

We don’t know what the journey is going to be, and we don’t know where we are going to end up. The only observation we can make about this strange and precarious business of living is the absolute certainty of change.

The notion of sameness, in any kind of deep and personal way, is a lie.

There is almost nothing about who we are that will stay the same through the course of our lives, including the cells of our own body!

The movement of change is built into the very fabric of our reality, and the more I resist, deny, rage against the flowing river of time, the less I feel at home in the world—and in my own skin.

Much of my writing lately has been about becoming an adult, and what that really means to me.

There comes a moment for every human being, when that soft warm blanket of childhood is ripped off of our fragile bodies, and once that feeling of protection is gone, we are forced to carry the heavy burden of our own fate.

In my experience, it is how we carry our burden that determines where our path will lead us—whether into the wisdom and strength of psychological maturity, or into the tragic banality of personal failure.

I guess there’s always been a part of me that’s been completely terrified of growing up. If I am alone in this feeling, so be it.

I’m not talking about getting a job or leaving home, but actually seeing things clearly and standing on our own two feet. Maturity really means being all that we can possibly be, all that we ever have had the potential to be. And there really is nothing more terrifying than the vibrant light of our own potential.

In fact, it’s so terrifying that we’ll turn to all sorts of addictive and destructive behaviors just to forget about the luminous glow of our heart’s deepest purpose, staving off the feelings of shame and disappointment for failing to nourish our inner spirit.

Transformation is inevitable. If we don’t become what we are, we will most certainly become something we’re not. That’s the greatest unspoken tragedy of human life: transforming into something or someone that bares no resemblance to how we feel inside.

There’s a certain momentum to our lives. We are going somewhere. We are always moving, even if we’re living the hermit life. The childish propensity that I’ve been noticing in myself is the desire to stop the world in its tracks, to be still forever, to keep things the same.

I am afraid of what I might become, or more accurately I don’t know whether I have the stomach to become what I am.

By some accident I’ve stumbled upon something that looks like wisdom, and it would be irresponsible not to share it with the world. But, I don’t like judgement, the piercing eyes of masses. I don’t want to be exposed. It makes me uncomfortable to think about really having an audience and actually being in a position to change things.

I can’t help but feel this way, and the feeling is intensified by my illness. Should a chronically ill person be trying to change the world, or simply recover in peace?

This is what I’m realizing, and it’s making this whole process much more tolerable: I can’t live with myself if I don’t take every advantage that I have to make an impact on the world.

There is absolutely no way that I won’t live up to my potential, and as scary as that might sound, it’s nowhere near as horrifying a prospect of living a lie in safety and security. I was never safe. I was never secure. I’ve made up my mind about this. I will keep going and I will not stop—because the meaning of life is found in the struggle.

When I start to feel diminished, swept up in a wave of fear and confusion, I find solace in looking back at some of the greats.

John F. Kennedy, for those who don’t know, suffered from a plethora of extreme health problems while in the White House, getting by on massive amounts of steroids and amphetamines while occupying one of the most important positions in the world, and continually meeting with the most powerful people in the world on matters that have unimaginable consequences—the missile crisis, for example. Here’s an excerpt from his primary care physician:

“During the first six months of his presidency, stomach/colon and prostate problems, high fevers, dehydration, abscesses, sleeplessness, and high cholesterol accompanied Kennedy’s back and adrenal ailments. Medical attention was a fixed part of his routine.”

It’s almost unimaginable: commanding the world’s most powerful army when you can hardly get out of bed without a shot in the ass of some miscellaneous substance. This is a man that carried the burden of his own fate, through and through. I draw inspiration and strength merely knowing someone existed with such character, such conviction.

I think of Abraham Lincoln during the passing of the 15th Amendment nearing the end of the civil war, never failing to tell a story or make a joke to lighten the spirits of his peers—grace under pressure. I think of James Baldwin, who returned to the country which kept his ancestors in chains after seeing a picture of 15-year-old Dorothy Counts being berated by a group of angry white protesters while entering the first desegregated high school in America.

History is riddled with human beings who risked everything to serve their heart’s purpose. Surely we wouldn’t be here if such risks weren’t taken?

I’m grateful for those who came before me, who have showed me the bottomless well of human potential simply by living by example, and I would consider it an honor to continue the process in my own small way.

We’re all on a journey through life. To become what we are, in the very depths of our being, is to come closer upon what it means to be human—and there is no greater privilege than that.