How America can end this “Racial Nightmare” Once and For All. 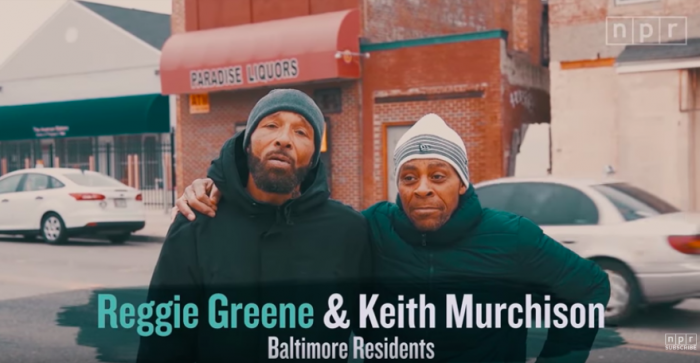 Typically, when we think of racism, we imagine an angry crowd of white men wielding tiki torches—berating and assaulting marginalized groups for the sheer cathartic thrill of it.

This is because our brain is more inclined to conceive of “interpersonal racism” rather than “systemic racism,” a term that breeds few policy proposals and even fewer results.

When looking out upon the forgotten cities and sacrifice zones grimly spread across this country, which have been redlined into segregated and poverty stricken neighborhoods of violence and depravity, there is one astounding truth that jumps out in front of us—this is the greatest social threat in our country and the greatest public health issue of our time.

It’s in our own self-interest—morally, economically, and socially—to confront the race problem in America.

So, what do we mean exactly when we’re talking about this?

We could be talking about the tremendous wealth disparity between white and black people, as white households have an average of 16 times the wealth of black households.

We could be talking about the prison system, as Americans makes up 21 percent of the world’s prison population—2.3 million of those prisoners are black.

We could be talking about redlining—the practice of segregating the lower end of the socioeconomic ladder into ghettoized communities through federal, state, and local policy—a process that was dubbed at the time as “urban renewal.”

We could be talking about the increasing rates of violence in these communities as a consequence of “gang culture” and the widespread availability of handguns, with the corresponding aggression of the police toward young black males that tends to follow.

Still, chalking all of this up to racism is not a simple a task.

The trouble is, while racism itself is steadily decreasing in terms of laws and hate crimes, inner city life is actually getting worse as the body count continues to rise in places like Ferguson and Baltimore.

How can this be?

The whole grand narrative of systemic racism, where western civilization is inherently oppressive and based on privilege and whiteness, is an oversimplified story that borders on conspiracy theory—justifying the use of power in the name of cosmic justice.

It’s important to note, as James Baldwin and many others have suggested, that racism actually has very little to do with one’s particular race or color.

When European colonizers first arrived in native Africa, no question could be made about the humanity of the indigenous tribes: it was obvious that they were people. This was not an issue of “mistaken identity” rather, slavery was, and has always been, a socioeconomic decision.

When Christopher Columbus first encountered Native Americans, he wrote: “The Indians are so naive and free with their possessions that no one who has not witnessed them would believe. They would make fine servants…with 50 men we could subjugate them all and make them do whatever we want.”

It was never about race. It was always about power.

The cultural phenomenon of “racism” that has plagued this country since the very beginning was the outgrowth of the socioeconomic policy to subjugate the native peoples that were deemed “inferior” for a renewable means of production, or to put it more bluntly: cheap labor.

Racism was a reality before the concept of race was even invented, and it’s been solidified through the politics and ideology of power.

For me, racial equality in this country comes with a certain feeling—a feeling attached to one exceptionally American question: How can we live freely and bravely in a country with a history as dark as our own?

Racial inequality is the largest problem in America because it’s our oldest problem, our most polarizing problem, and because it strikes the very core of our national identity.

In my view, if we could look at racial inequality through the lens of violence as a public health issue instead of racism or white supremacy, we could enact less sexy, but more effective policies such as prisoner reentry and supporting educational interventions like The Harlem Children’s Zone, a nonprofit organization committed to ending generational poverty in central Harlem.

We could end the absurd and useless “war on drugs” and we could stop drawing political lines in the sand and thinking in terms of “us” versus “them.”

Perhaps, then, some actual progress would be made and we could end this “racial nightmare” once for all.

America is on the world’s stage—and has been since the very beginning. If there has been any progress made in the world, this country has been at the forefront, and if humanity is moving toward infinity as opposed to extinction, America will continue to act as a beacon for the future.

“I am not, really, a stranger any longer for any American alive. One thing that distinguishes America from other people is that no other people have ever been so deeply involved in the lives of black men, and vice versa. This fact faced, with all its implications, it can be seen that the history of the American negro problem is not merely shameful, it is also something of an achievement. For even when the worst has been said, it also must be added that the perpetual challenge was always, somehow, perpetually met. It is precisely this black white experience which may prove of indispensable value to us in the world we face today. The world is no longer white, and will never be white again.” ~ James Baldwin