An Addict’s Response to Trump’s War on Drugs. 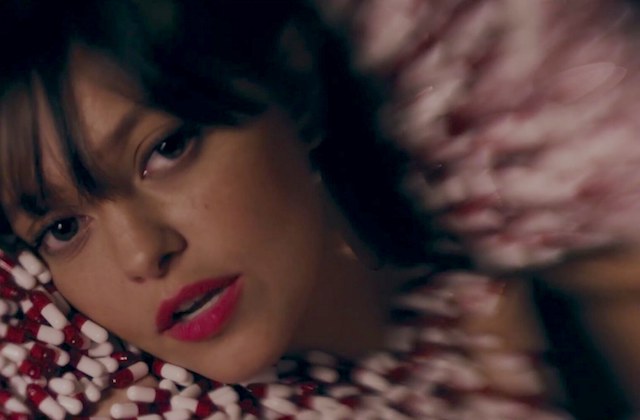 President Trump, at the behest of his commission on the opioid crisis, fails to declare a state of emergency over the current opiate epidemic facing America.

In light of this, I feel a sharp pang in my heart for those who will surely continue suffer and die under the opiod epidemic we are facing on a grand scale.

For all the families who will be torn apart, I feel a twinge of anger at our commander in chief for his failure to act for the good of all Americans, for the children who will grow up parentless, and for the parents who will lose their children.

In case you aren’t familiar with this issue, the crisis isn’t just about street drugs. As ASAM says in their latest study, “Opioids are a class of drugs that include the illicit drug heroin, as well as the licit prescription pain relievers oxycodone, hydrocodone, codeine, morphine, fentanyl, and others.”

As someone who has survived and recovered from severe opioid addiction, I have strong opinions on this topic. In the hopes of spreading awareness and compassion surrounding an issue so often stigmatized, I will share with anyone who wants to have a mindful discussion on the matter.

We don’t need more law and order. Let’s ask Nancy Reagan how that last campaign worked out for us. Shoot—I was a child of the 80s growing up with D.A.R.E., “Just Say No,” and the “This is your brain on drugs” campaigns.

Guess what? They didn’t work.

Neither did any of the arrests, detainments, crackdowns, task forces, sting operations, narcs, D.T.s, or D.E.A. busts I witnessed or was a part of during my time on the streets of Newark, NJ as a 20-year-old heroin junkie. Once again, I will say that law and order is not the answer to this problem.

The craziest part is that we thought the opioid problem was bad on the East Coast back in the late 90s and the turn of the century when I ended up strung out. Today’s numbers, however, make that time look like Candyland.

Not texting while driving.

Overdose. So much for “Just Say No,” huh?

How is it that our “elected officials” cannot see that their policies don’t work?

“Let’s just build a wall for that too.”

Oh wait—I’m pretty sure there is a fence along most of the Mexican-American border that hasn’t yet stopped the drugs coming in.

Besides, how do we stop the drugs coming in when the pharmaceutical industry is the biggest kingpin in the country? “Big Pharma” had a hand in creating this epidemic, but now that they have medications to help opioid addicts (Suboxone, Subutex, Naloxone), they’re skyrocketing the prices!

Here’s a recap: American pharmaceutical companies go crazy for opioid medications. They promote these medications, which are essentially synthetic versions of heroin, to doctors who just want to alleviate the pain of their patients who are suffering. Doctors start prescribing and boom—we have a massively addicted population.

That’s the thing about opiate-based medications—they turn even non-addictive people into physical addicts. People who never would have ended up strung out are getting hooked on their legal medications.

What’s happening is officials are cracking down and making it harder and harder for people to keep getting their meds prescribed. These people then turn to the streets because they come to learn that (for a much cheaper price) they can get a bag of heroin that does a much better job than the massive amounts of pills they were consuming before.

Quick note—none of this is the problem!

This epidemic is simply a symptom of a much deeper American problem—one of disconnection.

A drug addict serves as a mirror to society, and that’s exactly why society cannot accept an addict and instead ostracizes them. Society can’t bear to look in the face of its own shadow reflection—one we would rather deny exists.

We’re all damaged. We’re all wounded in some way. We all have trauma and scars of the past. We all have negative aspects and positive aspects, and it’s only in denying them that we cause ourselves suffering. In trying to repress and deny, we do nothing but give these very aspects more power over us.

The epidemic we are watching unfold bears a strong testament to this.

Addiction is a severely misunderstood and stigmatized problem. The people around addicts are unable to understand why we choose a cycle of destruction over and over again, and they often take it quite personally when we cannot stop. People are so personally offended by an addict’s life choices, but at once they don’t understand it. This lack of understanding which manifests as harsh and intolerant judgment.

It’s not a choice. It just happens. Before we even realize what’s occurring. Then, once we’ve realized, it’s too late. We’re off the deep end. The vicious cycle is fed over and over.

Locking people up doesn’t treat the root problem. Ostracizing them doesn’t help. Trying to block drugs coming in won’t help either. It will just increase the street prices, which will then cause a spike in crime.