Halloween: This Time of Year gives us the Chance to learn Life’s Greatest Lesson. {Book Excerpt} 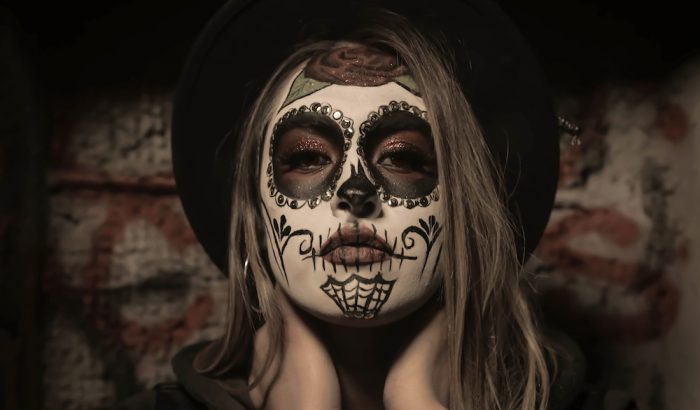 The following is adapted from the forthcoming book Dancing to Nirvana, written by Mike Chapman.
~

This time of Halloween, Samhain, Day of the Dead, longer nights, colder weather, and winter’s looming arrival is a good time to contemplate death.

Death has much to teach us.

One of the most significant tests we ever face is death. And, because of his gravity, his apparent finality, he jolts our soul.

For we often don’t get things done till the deadline. We might delay fully living if we did not hear the tick, tick, tick of time.

We all have heard tales of the power of near-death experiences to alter a life. I propose that we bring death near in order to approximate such experiences.

The more we cozy, though it is not comfy, up to death, the closer we are to life and how to live it. Death makes life precious and makes us, with some guts, embrace them—life and death, that is. And, really, death is life.

Death spurs us, rides us, and guides us into wise action—if we respond well to his reins.

Some live more in a day than others do in a week, a month, a year. It isn’t how long we live, but how much we live that matters most.

Death influences this matter if we let him, if we are not afraid of him, or, at least, if we can quiet the fear of him long enough to draw death near and allow him to whisper his secrets in our ear.

Condemned to death at birth, we are all dead women and men walking. How can we make the most of our time on death row before our last breath?

Turning 30 startled me, and started me into meditating on my mortality. I really recognized death for the first time. Contemplating death spurred an urgency to live more passionately and genuinely, and it also made me further uncover—and then have the courage—to live my life vision.

After turning 30, losing my job (and with it my sabbatical), the birth of my second child, and becoming a full-time father—all within a month—I decided to still pursue my own personal sabbatical by using these four significant events as pivots around which to turn my life, aligning it more fully with my desires and visions, and to prune dead wood.

During the sabbatical, I regularly reflected on death, as I had learned about death’s effectiveness as a tool for psychological and spiritual growth during the previous six years of intense study and reflection. I had been mostly learning about indigenous religion, especially rites of passage and hero myths, which both emphasize the idea that out of death comes life, that after death is rebirth, that sacrifice is necessary to life (the words sacrifice and sacred are actually related).

During my sabbatical, I often used my favorite mug, which had the motto “carpe diem” (“seize the day”) emblazoned across its face. My newborn awareness of death stirred intense motivation to discover the “meaning of life,” other secrets of life, and how to be happier and more authentic.

Nine months after I began my sabbatical, I transformed my life due to the determination with which I pursued these ends and to a vision influenced by meditations on death.

These days, I try to keep death fairly alive and well in my life—though he jokes that I often have him on life support. I should do better—not be quite so neglectful, nurse him back to health. I often contemplate the teachings of death through meditating on my many Day of the Dead figurines—for death and life are united in these enchanting and wise skeletons.

My dozen Day of the Dead figurines amuse, tease, and teach me with their wisecracks. The whole colorful crowd hoots out their favorite lines; “Life is short. It’s deadly serious, but don’t be too serious—it’s deadly,” “Have fun while it lasts,” and, “Get it done before your dead!”

For grimmer musings, I have a seal skull on my deck and periodically hold it to remember death. This skull isn’t as funny as my figurines—a darker humor; “I’m coming—time to get going,” and, “This is you soon, brother.”

Also, my daughter painted me a canvas, which hangs in the entryway. Bordered on three sides by red roses, a starry, crescent moonlit night beams down on a skeletal spectacle. A big skull in reverie and revelry in the lower foreground toasts the whole scene, this life, and us spectators with a margarita raised high by a bony hand. At the center of the scene, three flesh-free musicians serenade a dead couple dancing under a tree.

Reflecting on death, these skeletal figurines and the skull have, at times, electrified me with urgency to live the life I envision and to the fullest.

Life is a tragi-comical-magical spectacle, which I am in awe of, even though death is all around.

I still laugh hard at my dead figurines. I also remind myself that I will be a part of this life only so much longer.

And, truly, we are not guaranteed even one more day, as my sister recently reminded me after the death of our beloved younger cousin.

Death is a great teacher and motivator if we dare look him in the eyes. We should have near-death experiences as much as necessary to teach us about life and to squeeze the most out of it. 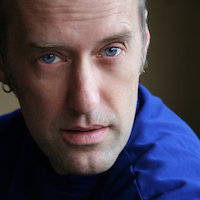